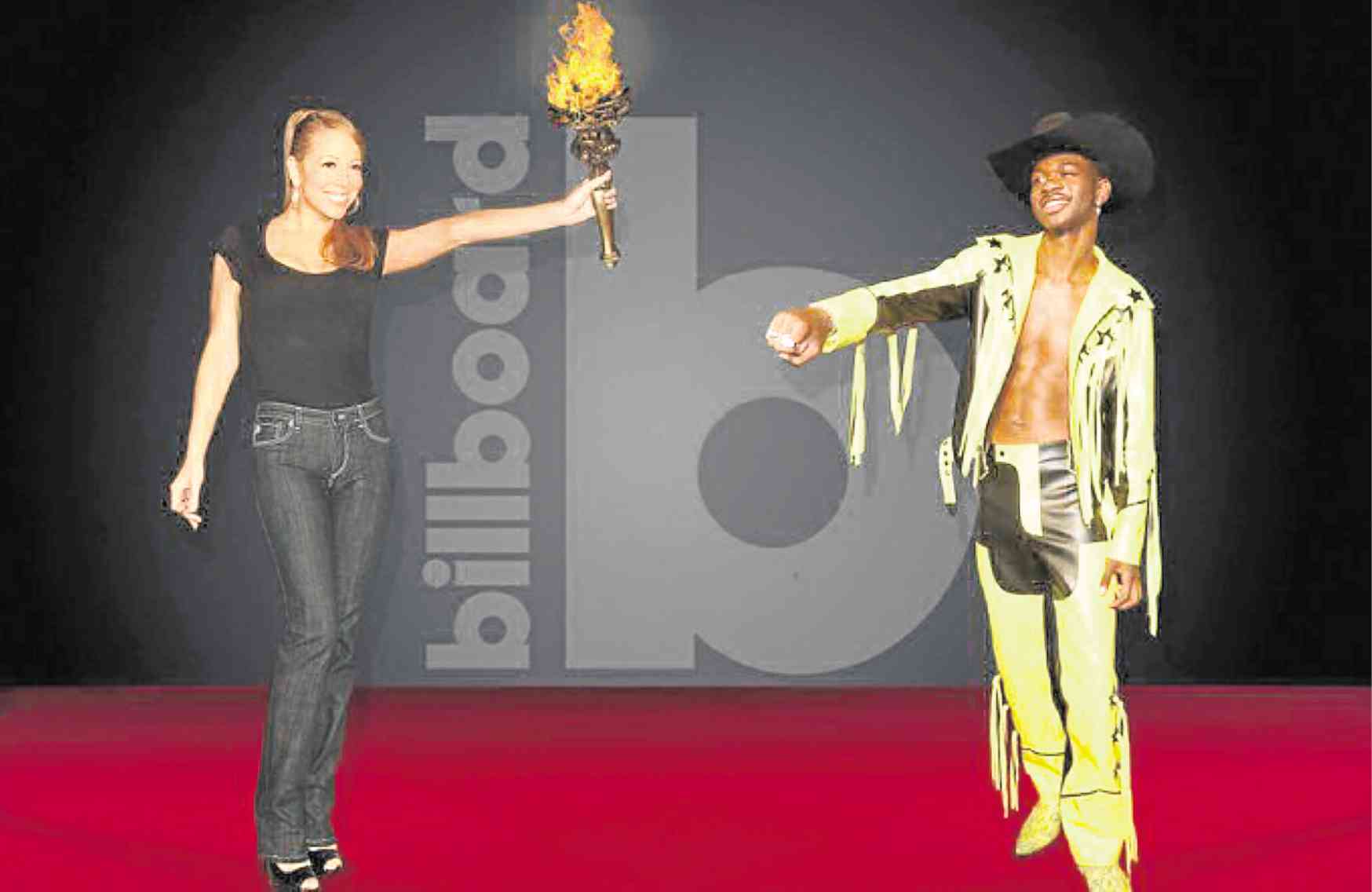 After a 23-year reign as the longest-running No. 1 song in the United States, the ballad “One Sweet Day” by Mariah Carey and Boyz II Men has been finally dethroned.

“Old Town Road” recently spent its 17th week at the top spot of the Billboard Hot 100 chart, eclipsing the 16-week record set by “One Sweet Day” back in 1996.

Upon learning that her record had been broken, Mariah took to Twitter to congratulate the 20-year-old rapper for the rare feat.

“Sending love, congrats to Lil Nas X for breaking one of the longest-running records in music history! We have been blessed to hold this record with a song that means a great deal to Boyz II Men and myself … [a song that] has touched so many. Keep living your best life!” she said in a tweet with a lighthearted photo of her passing the torch to Lil Nas X.

“It (“One Sweet Day”) will always hold a special place in my heart and I want to thank anyone who has ever told me how this song has affected [him or her],” she wrote.

Meanwhile, Lil Nas X returned the love to Mariah, whom he described as a “legend and an icon.” “I’m blessed to even have you acknowledging me right now!” he wrote. “Growing up to your music—and now having you talk to me directly—is unreal!” —ALLAN POLICARPIO