Catriona Gray opens up on dealing with recent ‘low moments’ 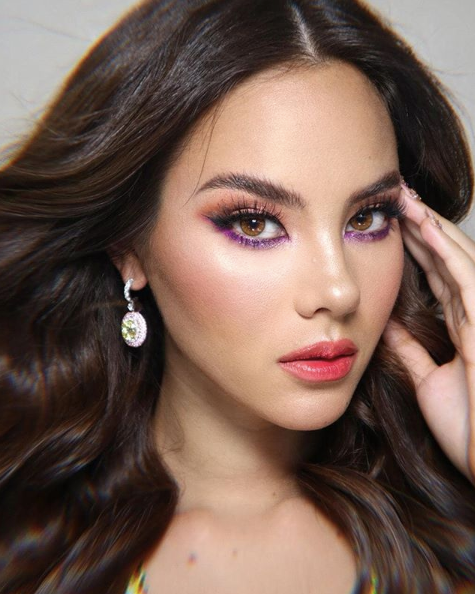 The beauty queen said in an Instagram post on Monday, July 29: “It’s been a really challenging last couple of weeks, I’ve felt really low in my spirit. I just wanted to write this post to share that low moments happen to all of us.”

Gray gave advice on dealing with situations in which she feels “down and overwhelmed”: “It helps to remind myself that the only person I can control is myself, to count all the things I have to be grateful for and to plan and look forward to the dawn of a new day.”

She also left reassuring words to anyone facing tough times: “So if you’re feeling down in the dumps, you’re never alone. Situations and life are tough…but so are you. #KeepCalmAndLavaWalk.”

Her latest Instagram post on Monday shows that she is rising above the negativity as she posted a picture of herself strutting on a New York crosswalk.

To say Gray has a hectic work schedule would be an understatement. After her visit to the Philippines in June, she headed to Thailand for the Miss Universe competition in the country. She then flew to New York where she keeps busy with photoshoots and promoting advocacies. On the weekend of July 20, she was in Las Vegas to fly the Philippine flag for boxing champion Manny Pacquiao’s fight against Keith Thurman.

In July, she was hit with body-shaming comments from a Thai beauty queen. She did not directly address it, but when asked about the issue of body-shaming, she said on Twitter, “Obviously I stand firmly against any form of bullying and bashing—online and off. It is never, ever okay to put someone down for the sake of ‘expressing your opinion.’”

After the Pacquiao-Thurman fight, a video of her and Narvacan mayor Chavit Singson went viral as he was caught falling asleep beside her. The moment has been teased as Singson attempted a move on her, though he has apologized for it because he was “jet-lagged.” President Rodrigo Duterte has also weighed in on the video, to which he said, “May the next mission be accomplished.”  /ra