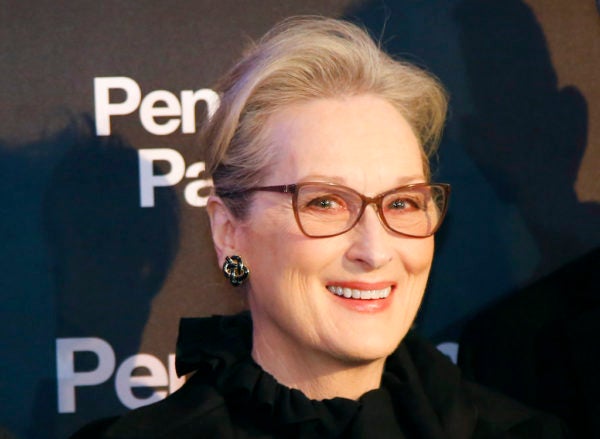 Streep will be the first recipient of an acting award bestowed as part of the Toronto International Film Festival. Image: AP Photo/Michel Euler, File

TORONTO — Meryl Streep will be the first recipient of an acting award bestowed as part of the Toronto International Film Festival.

The festival’s organizers announced Friday that Streep will receive the inaugural TIFF Tribute Actor Award during a Feb. 9 charity gala. The glitzy fundraiser will support the festival’s year-round efforts to promote films and the industry’s leading creators.

The actress is the most nominated actor in Academy Award history and has won the Oscar three times.

The award is separate from honors bestowed on films shown at the September festival. Its People’s Choice Award frequently becomes an Oscar best picture contender.

Streep stars in Steven Soderbergh’s upcoming Panama Papers film “The Laundromat” with Gary Oldman and Antonio Banderas. The film will have its North American premiere at TIFF. NVG

Awkwafina: From ‘Crazy Rich’ to ‘The Prom’ with Meryl Streep