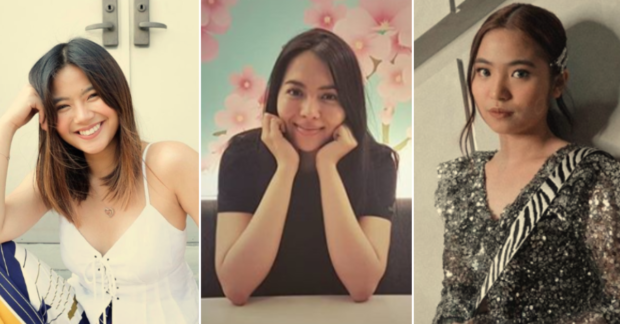 Fourteen years since it first aired, children’s sketch comedy show “Goin’ Bulilit” is ending. Its actors who found a home on the show as kids made sure to pay tribute to the memories and impact it made on them.

Those who were part of the first batch of “Bulilit” bid goodbye to the show via social media. They included Julia Montes, Miles Ocampo, Sharlene San Pedro, Eliza Pineda and Igi Boy Flores

Montes, now 24, was known as Mara Schnittka on the show. She shared a picture of the cast on Instagram on Friday, July 26, and credited the show for building her dreams.

(This is where I started to dream and was given a family and a chance. I owe this show everything especially to the Mortiz family. The first family who accepted “Mara” on and off cam… the child who had no skills to be lively and was shy but whom our father Direk Bobot took a chance on.)

The 22-year-old Ocampo shared a video of her audition for the show on Instagram. Back then, she was a 7-year-old who already knew how to charm the camera. She said that during her audition, she was asked to imitate her mom scolding her, and she believes that was her ticket in.

(I thought that graduating from the show would be the saddest… but there is nothing sadder than “Goin’ Bulilit” graduating.)

Myx VJ San Pedro, 20, also posted her audition video from when she was 5 years old.

here’s a short video of my audition for goin bulilit. #goodbabyebulilit pic.twitter.com/I9YnPzPtly

(This show will never be erased from my heart. Even if we are all grown-ups, we are all still little kids.)

Flores gave a heartfelt tribute to the show on Instagram, crediting it for honing his talents and forming friendships—and even romantic relationships.

Other actors who blossomed on the show were Kathryn Bernardo, Jane Oineza and Nash Aguas, who were in batch 1 as well.

After 14 years, ‘Goin’ Bulilit’ goes off the air

Miles Ocampo excited about her biggest movie role ever