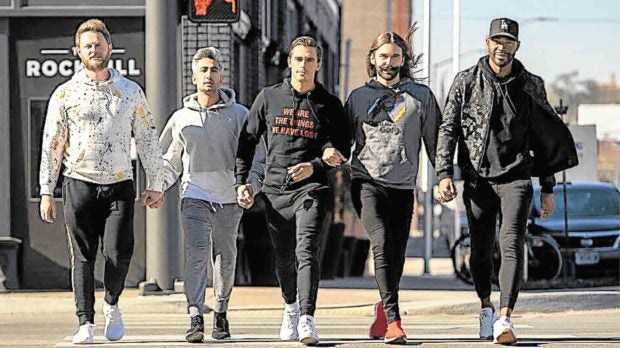 The Fab Five’s “beneficiaries” in “Queer Eye’s” Season 4 may seem a wee bit predictable and a little more “self-aware” than their previous incarnations, but that doesn’t make the Netflix series’ sniff-inducing “feels” any less potent. Now more than ever, the makeover show wears its heart on its sleeve.

Once again, the happy quintet rises to the occasion as they turn the spotlight on unsung community heroes who elevate selflessness into an art form.

But as Antoni Porowski, Jonathan Van Ness, Karamo Brown, Bobby Berk and Tan France try to boost their recipients’ self-esteem while they spread good cheer, they also manage to share more details about themselves to demonstrate they’re just as “vulnerable” and accessible as their struggling guests.

Take the show’s tear-soaked and nostalgia-fueled Episode 1 called “Without Further Ado,” where Jonathan returns to his hometown in Quincy, Illinois, to pay tribute to Kathi Dooley, his music teacher in high school. He’s there to get rid of his teacher’s 33-year-old mullet.

But the usually fun and feisty Jonathan is a bundle of nerves as he and his pals make their way into the Quincy Senior High campus.

As it turns out, he was actually one of his alma mater’s first male cheerleaders back in the day. But Jonathan’s emotional homecoming also transports him back to “a painful place in my heart”—to a time when he had to endure being bullied for his then-emerging sexuality.

Jonathan remembers how “trapped” he felt at age 17, but it was Miss Dooley’s music that provided succor for his sadness.
“I just wanted to feel normal and not be treated differently,” he recalls as he tries to hold back tears.

Then, there’s 30-year-old single father Wesley Hamilton in Episode 2 (“Disabled But Not Really”), about a wheelchair-bound community activist who has had a rough ride for seven years since he was hit by a bullet from a gunshot that paralyzed him from the waist down.

The episode is arguably the season’s most moving because, in it, Karamo convinces Wesley that the only way to move on is to leave his anger behind—by meeting the guy who shot him!

We’re just happy Cherry Pie Picache isn’t the only person in the world who knows how to forgive—and really means it!

To help Wesley cope with his dilemma, Tan plucks up the courage to talk about his struggle with his own sexuality. “I didn’t come out to some people until after ‘Queer Eye’ opened,” he says.

Like Wesley, fourth-generation farmer Matt Morland says he’s never had an “in-depth conversation with any gay man” before “Queer Eye.”

But meeting the Fab Five has become an eye-opener for the “freshly divorced” man.
About a year and a half ago, Matt was devastated to come home to an empty house when his wife of six years left him, with their two kids in tow!

Even more tear-jerking is the episode about Kenny Yarnevich (in Episode 5’s “On Golden Kenny”), a sweet but lonely 64-year-old bartender who has been single all his life.

He is well-liked by the people in his community, but Kenny has unwittingly isolated himself from the people he loves because he thinks of himself as a failure.

He lives alone in his father’s ancestral home, but none of the other members of his family has visited him—in 15 years!

Kenny’s only companion in it was his loving dog, until it died early this year. So, when he finds himself in a kennel for rescued canines, where the Fab Five take him to adopt another “home companion,” he couldn’t stop himself from crying.

In the former, the quintet gives Mexican-American Deanna Muñoz and her 3rd Latino Arts Festival a much-needed boost. But the 42-year-old Chicanx’s efforts to promote Latino culture in her community is stifled by painful incidents of racism and the need to conform to her “predominantly Caucasian” neighborhood in Kansas City.

Through it all, Deanna tells her daughter, “Don’t let anybody tell you that you can’t.”

In the latter, 28-year-old war veteran Brandonn Mixon is also haunted by his invisible struggles, which prevent him from opening up to a frustrated wife who doesn’t know how to reach out to him.

For the Veterans Community Project that he founded to help homeless war veterans, Brandonn has built 13 houses so far, but he still feels “betrayed” and “left behind” by the US army, which “medically discharged” him from military duty after he was diagnosed with traumatic brain injury.

Brandonn’s inability to share his feelings and let go of his “baggage” are taking a toll on his marriage, but a trip to the National World War I Museum and Memorial gives him the clarity he needs—and the courage to acknowledge his problems and seek help. 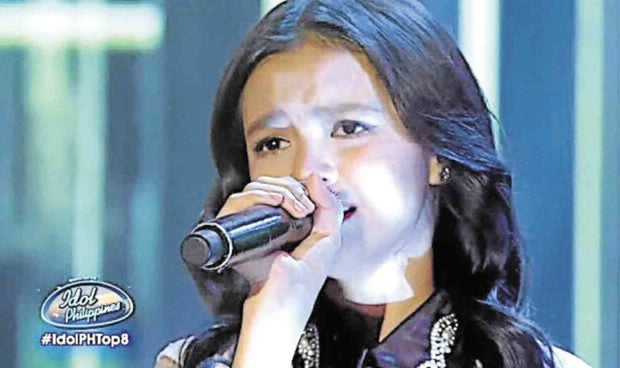 Dan Ombao and Miguel Odrom can still pull a surprise. But they’ll need to show more consistency in terms of technique and vocal quality to measure up to Lucas and Zephanie’s exacting standards.

No question about it, the prodigious Lucas is by far his batch’s most gifted vocalist, but the appealing Zephanie is served well by her tricky trills and consistently improving renditions. The girl reminds us of Regine Velasquez in her “True Colors” heyday.

As far as the judges are concerned, it doesn’t hurt that Regine has been dishing astute, razor-sharp and spot-on observations about the contestants’ performances. You’ll hardly catch her mouthing “wtf” comments. The Songbird is this panel’s biggest asset, bar none. 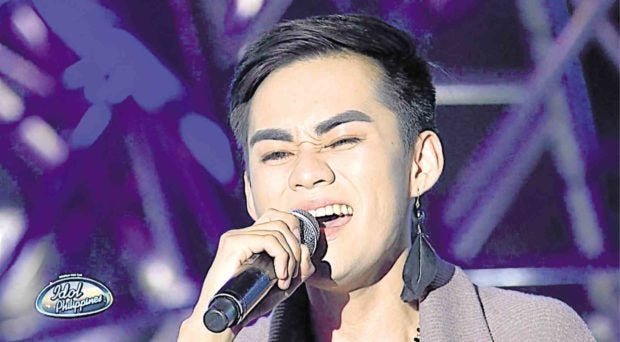 Judges from other talent searches and singing contests would do well to stream “Idol Philippines” and learn a lot from Reg’s expertise, honed by years of experience and lived-in musicality. Her straight-to-the-point but fair comments about Elle Ocampo’s uneven cover of Gary Valenciano’s “Sana Maulit Muli” immediately comes to mind, demonstrating why it was a great move for the network to tap her judging services for the show.

And while we’re at it, we’re also pleased to see Vice Ganda, whose honesty and hold-no-prisoners adjudicative skills have always served him well in the past, doing just as well as a discriminating judge.

Yes, we understand that singing isn’t the only criterion for this particular search, but the ability to sing well and interpret songs still have to outweigh the other criteria for ABS-CBN’s search for its next singing star.

After all, there are other competitions more suited for “artista” wannabes who get by on great personalities or pinup-ready good looks alone.

Read Next
Nadine and Sam on doing romantic scenes in ‘Indak’: It’s like incest
EDITORS' PICK
No arrests to be made on 1st day of allowed pillion riding for couples — HPG
WHO: Indoor airborne spread of coronavirus possible
Water remains our saving grace right now
Digital hunt for Hyun Bin: 5 challenges for Smartees
House panel set to meet for possible decision on ABS-CBN franchise bid
Motostrada expands by handing over ‘Trident’ and adding new ‘Horseman’ to its growing business
MOST READ
‘I will always speak up for you’: Server on defending Fil-Am family from racist rant
‘Nouveau’: Agot Isidro hits Jinkee Pacquaio’s show of luxury Hermes, Louis Vuitton bikes
Solon withdraws support for ABS-CBN franchise renewal
Ping Lacson: Duterte has no power to say who are terrorists
Don't miss out on the latest news and information.