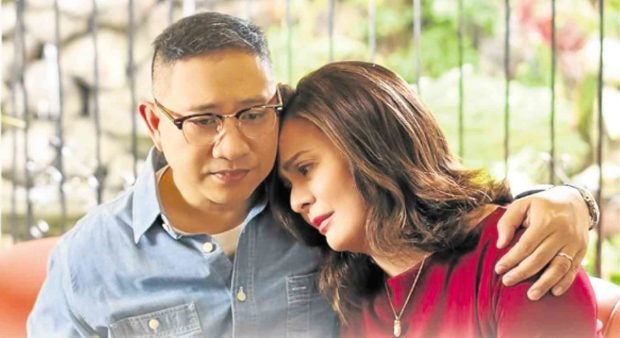 A happily married man finds himself at a crossroads when his wife contracts a life-changing disease.

The actor-director said at the film’s launch, “I want to know what [people] think about it, and it doesn’t matter if it’s good or bad.”

Zulueta described Michael V, who also penned its story, as “a fun director.”

A couple travels to Sweden to see a fabled midsummer festival. What begins as an idyllic retreat quickly becomes an increasingly violent and bizarre competition at the hands of a pagan cult.

Describing it as “more unsettling than frightening,” The Hollywood Reporter nonetheless calls it “a trip worth taking.”

Struggling musician reintroduces the Beatles’ songs to the world after billions inexplicably forget the band’s existence.

Rolling Stone says, “Danny Boyle’s light breeze of a rom-com about a world without the Beatles has its heart firmly in the right place. It’s the challenge to take it to the next level that’s missing.”

An alcoholic woman pries into the mysteries of her gothic apartment complex after one of its occupants goes missing.

According to the Los Angeles Times, “‘Havenhurst’ never has as much fun with its premise as it should, and it peaks before its final scenes.”

A young couple moves to a New England neighborhood, where a strange, scary presence is felt.

Globe and Mail opines, “Every scare is telegraphed … and almost every scene is so poorly lit that you’d be forgiven for thinking Heydon shot it with night-vision goggles.”

The gang goes on a moon adventure, but is soon threatened by armed foes.

According to reports, this is the 39th “Doraemon” film, its director Shinnosuke Yakuwa credited with helming two of the movies prior to this chapter. To date, it has earned over $64 million in Asia since its debut in March.