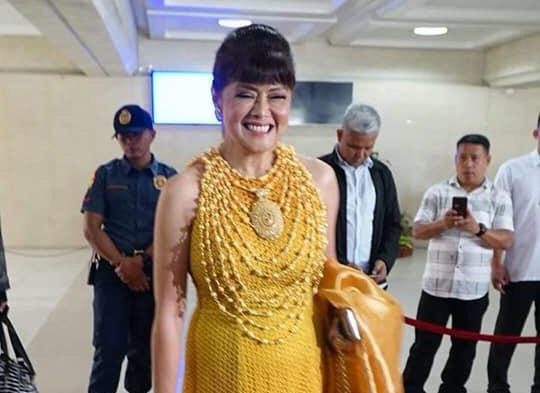 “1st, yellow isn’t LP. Yellow comes from TIE A YELLOW RIBBON (the song) for my Dad,” Kris pointed out.

She continued, “If it’s a sincere gesture to reach out, acknowledge past sins and show remorse— I shall meet them halfway. We can move forward but we can do that only by acknowledging the past.”

Imee wore a gradient of yellow and red gown designed by Mak Tumang when she attended Duterte’s Sona on Monday.

“Move forward, magkaisa ulit,” Imee said when asked what was the message behind her choice to wear a yellow gown.

“Sen. Imee has never heard from me about my childhood & I have never heard about her history as well. We should be open to a conversation to understand our lives. Fair enough?” Kris further said.

The ouster happened after Kris’ father, former senator Benigno Aquino Jr., one of Ferdinand’s fiercest critics, was assassinated upon arrival in the Philippines from the United States. Following Ferdinand’s ouster, he was replaced by Aquino’s wife Cory.