Alodia loses luggage on flight to China; fellow cosplayers come to her rescue 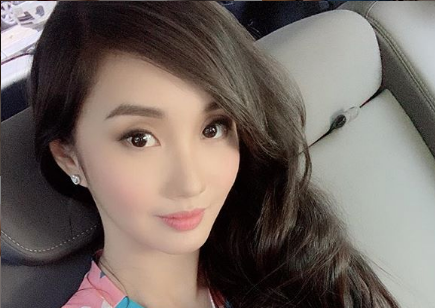 As per Gosiengfiao, she arrived in Xi’an with “no clothes, no makeup and no cosplay costume.”

“My Chinese visa just arrived a few hours before my flight. I arrived in Xi’an and lost 2/all of my check-in luggages during the flight,” Gosiengfiao said via Instagram last July 19. “So I had nothing, until now I have nothing. No clothes, no make up and no costume.”

She added she was lucky that Team Korea lent her makeup and a costume for the event, while fellow Filipino cosplayer Liui Aquino lent her his wig and shorts to wear.

In another post, she shared that many guest cosplayers from different parts of the world offered to help her after her luggage got lost, including those from Mexico, South Korea, Germany and Russia.

“Special thanks to Team Mexico @twiincosplay for the moral support since Day O. They wanted to lend me their fabulous armor but I’m too tiny to be in them!” she said. “Many thanks also to Cong of Cosis Team Korea for lending me this lovely ‘Clash Royale’ Archer cosplay, and the makeup! I was already getting so depressed in the morning and they surprised me with this by noon.”

She later updated her fans, saying one of her luggages arrived, but not the “normal” one. In her post, she could be seen posing as Switcher from “CrossFire.”

“It was the cosplay luggage!” she said on July 20. “But not the normal one, so I don’t have the right makeup and undergarments yet!”

Gosiengfiao recently gave a talk at the Creator Summit 2019, held last July 11 and 12 in Manila, before flying off to Xi’an for the World Cyber Games. She will be heading to Indonesia this September for digital event ID Byte.  /ra