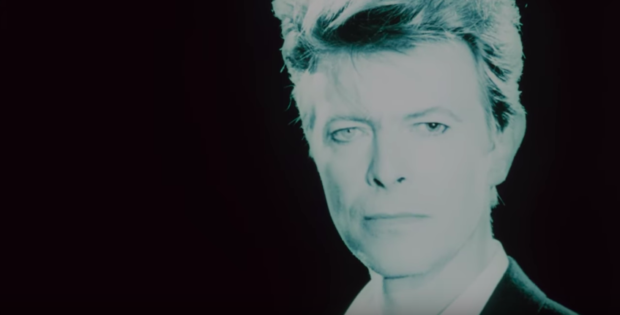 David Bowie in the 2019 Mix of “Space Oddity”. Image: Screengrab from YouTube/David Bowie

The new video premiered on Saturday, July 20 at a National Aeronautics and Space Administration event held at the Kennedy Center in Washington D.C., to mark the 50th anniversary of the Apollo 11 moon landing.

The premiered video may be exclusively viewed on the official David Bowie YouTube channel, via this link.

For the video, longtime Bowie producer Tony Visconti created a new mix of Bowie’s space anthem, which also appears on a seven-inch box set released ahead of the song’s 50th anniversary.

The record also includes a new version of his 1969 single “Wild Eyed Boy from Freecloud”, which was originally released as a B-side to “Space Oddity”.

The special edition doll features a red and blue striped spacesuit with red platform boots, alluding to Bowie’s iconic character based on his 1972 album “The Rise and Fall of Ziggy Stardust and the Spiders From Mars”. HM/JB