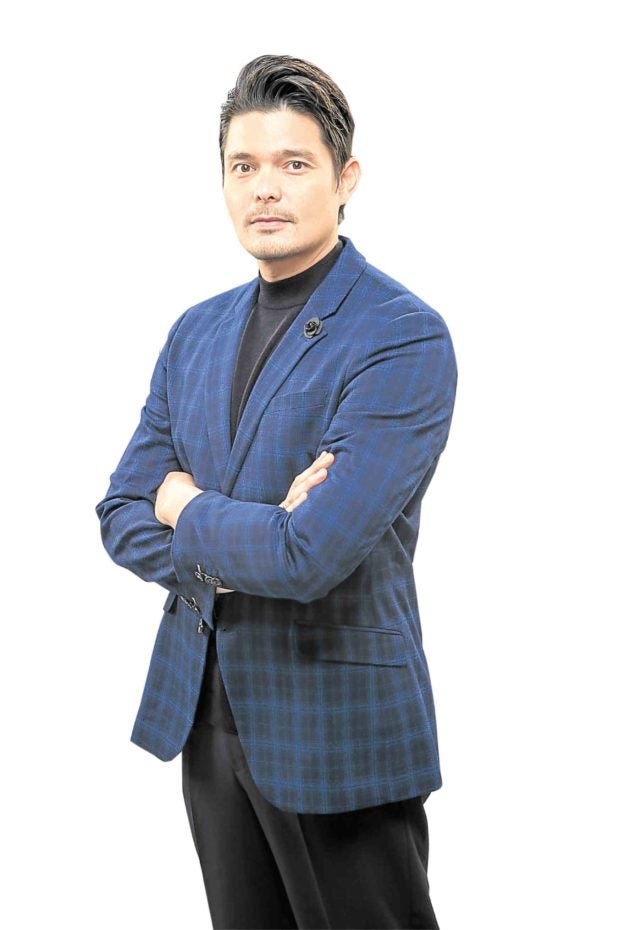 When actor Dingdong Dantes was younger, running a marathon never crossed his mind. But the Kapuso “Primetime King,” at 38, is now preparing for his first competitive 42-kilometer run.

“I thought then only a fool would ever run 42 kilometers and inflict such pain upon himself. But now, I’m preparing for a marathon this September,” Dingdong told Inquirer Entertainment at the sidelines of the launch event hosted by Ensure for him and choreographer Geleen Eugenio, whom he welcomed to the brand as its newest endorser, at One Canvas in Makati City last week.

He said he has been training with long-distance running coaches and conditioning his body for the event.

“The motivation for me, this time, is greater than just myself,” he explained.

Being a family man, the actor said, has changed his perspective on life “a hundredfold.”

He and actress Marian Rivera had their eldest child Letizia in 2015. They just welcomed their son, Jose Sixto IV, in April.

Dingdong said: “Everything became clear [as to] what I wanted to achieve. And being fit became a result.”

Though admitting to not being totally fit yet, the actor said he is trying to get there.

The Kapuso leading man considers fatherhood as a “rebirth,” wherein all his senses became “heightened.”

It has also made him appreciate his father, Jose Sixto Jr., even more.

“There are things that I did not see before that I understand now that I’m a father myself. I definitely appreciate my parents more now,” Dingdong shared.

He once did a TV commercial with his father for the brand, which saw them driving their motorcycles together in Tanay, Rizal.

According to the actor, his motivation to stay healthy is also driven by his desire to share as many moments with his children as possible.

Dingdong said: “I do not want to just witness milestones, but I also want to enjoy them. It is important for me that I do these things with them.”

He said, “I fear the time when I can no longer do things with them, when I’m just watching from a distance. It is different when you are in that moment with them. I want to enjoy things with my children.”

Dingdong is currently seen in the GMA reality contest “StarStruck,” with hosts and judges Jennylyn Mercado, Cherie Gil, Heart Evangelista and Jose Manalo. He is also shooting an action-comedy flick slated for the last quarter of the year.

Read Next
Jack Falahee ‘humbled’ to play ‘fearlessly gay’ role
EDITORS' PICK
EuroMillions Superdraw: A lottery draw unlike any other is coming to the Philippines
Smart releases Hyun Bin’s second TVC
Water remains our saving grace right now
‘Justice will be done,’ Duterte assures as he vowed probe on Jolo incident to bare ‘truth’
DOLE: Return of OFWs’ remains from Saudi to be ‘delayed,’ deadline moved to ‘early next week’
Current dominant strain of COVID-19 more infectious than original—study
MOST READ
BREAKING: Duterte signs anti-terror bill into law
Locsin warns of ‘severest response’ if China’s army drills in SCS ‘spill over’ to PH domain
Duterte tells military: No other president looked at you the way I did
‘Very timely, historic’: Senators laud passage of anti-terror bill despite ‘pressures’
Don't miss out on the latest news and information.