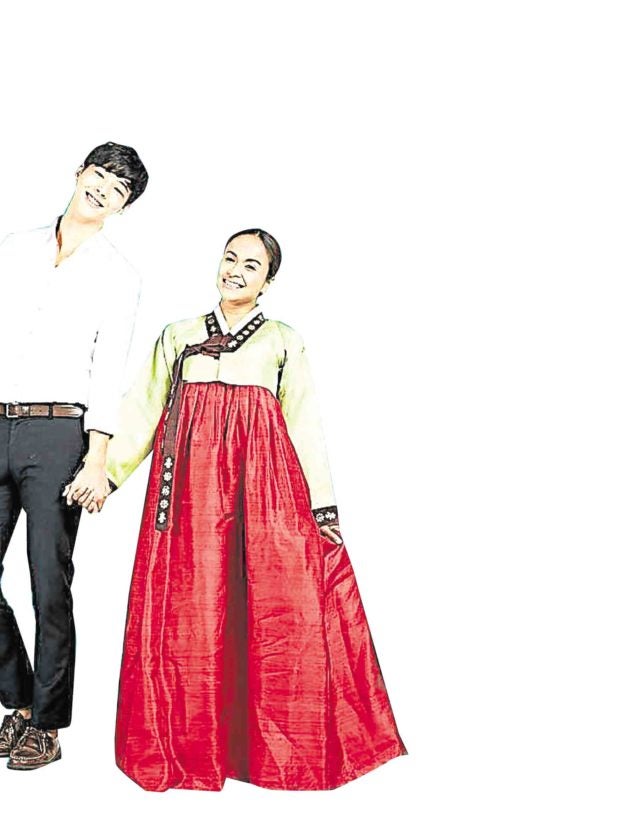 Trans actress Mimi Juareza’s name may not immediately ring a bell, but a quick peek into her body of work makes you immediately realize it isn’t something to sneeze at.

Last weekend, we had a blast chatting with Mimi because we learned that, like this writer, Mimi was born and raised in Davao.

The following year, she was cast in Nash Ang’s “Seoul Mates,” a Cinema One entry that would take the actress to South Korea.

Little did Mimi know that her role of a suicidal trans woman in “Seoul Mates” would require her to work alongside Korean heartthrob Ji Soo, then billed as Jisoo Kim—who would sweep Mimi off her feet for his kindness throughout the film’s monthlong shoot.

Mimi says she’s proud of what Ji Soo has accomplished as an actor in his home country. On July 26, the second season of the popular rom-com series “My First First Love,” which Ji Soo topbills with Jung Chae-yeon, Jung Jin-young, Choi Ri and Kang Tae-oh, will begin streaming on Netflix. 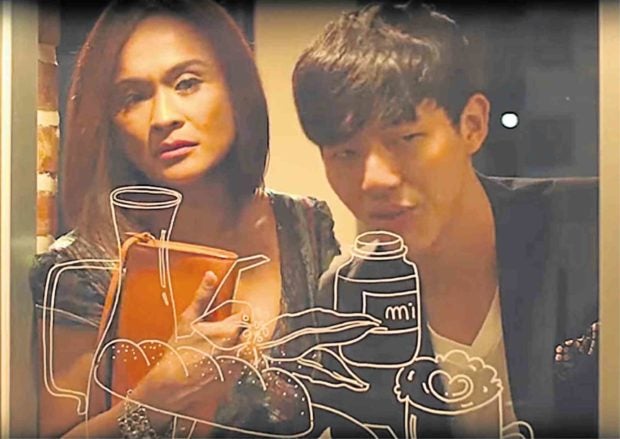 “I’m so proud to have worked with Ji Soo as my leading man,” she told us. “He wasn’t just a great actor, sobra s’yang maalaga sa mga kasama n’yang artista (he took care of his coactors). And he got even sweeter when he learned that it was my first trip to Korea.

“Ang swerte ko, ’di ba? Kaya I’m sure marami ang naloloka sa akin because few people are aware that I’ve already worked with him … and that he has already been to the Philippines a number of times. He came here to attend the premiere night of our movie. But even before that, he’s been coming over to visit his Pinoy friends.”

Mimi’s recollections of that 2014 shoot with the Korean matinee idol brim with fondness and nostalgia—and she says she isn’t just paying lip service when she talks about Ji Soo’s thoughtful ways.

“It’s hard not to end up admiring him,” she said. “During the shoot, Ji Soo really looked after me. Aalis lang ako sandali or go to the toilet, he’d ask me where I was going, or if I’ve already eaten. When we weren’t shooting our scenes, he’d offer to take me around, to see places or just hang out.

“During shooting breaks, he would ask me what my favorite song was, get his guitar and serenade me with [Christina Aguilera and A Great Big World’s] ‘Say Something.’ Just how sweet is that?

“Then at the end of the day, after the shoot, he would still check on me. Maiisip mo talaga, is he for real? So, you see, it isn’t hard to fall in love with Ji Soo. Kaya lang, I had a boyfriend at the time (laughs). I had to be strong … or I’d fall for him—char (laughs)! I’m just joking, fans!”

“I would just console myself that that’s just how fanatics express support for their idols. Ganun siguro talaga, so OK lang.”

So, what was it like when the shoot wrapped up?

“We had a party on the last day of the shoot,” Mimi recalled. “But nobody expected Ji Soo to attend because he was done with all his scenes by then. To everyone’s surprise, he came, kahit late. He doesn’t drink alcohol, but he drank some, because he wanted everybody to have a good time.

“When the party was over, I really broke down and couldn’t stop crying because I knew I was going to miss the whole team. Every person on the ‘Seoul Mates’ set was so nice to me! So, everybody hugged me—and Ji Soo was the last one who comforted me with a hug. Kaya, ayun, hagulgol na naman ang bakla (laughs).

“And I can never forget the way he hugged me—pang-Korean drama talaga ang peg: His arms were around me. One arm was holding my head, while the other was touching my cheek. So, I thought, ‘Maybe this means I should stay, instead?’ Char lang (laughs).

“Kidding aside, Ji Soo really deserves to be emulated—and I’m sure his fans will agree with me. It’s hard not to develop fondness for a person who’s sweet and genuinely nice. Just thinking about those days makes me miss Ji Soo even more. And I’m proud to say na may isang baklang Pilipina na nakatrabaho ng isang top Korean actor like Ji Soo.”

It’s a lot of fun listening to Mimi’s treasure trove of memories. But the award-winning actress isn’t done making more unforgettable ones.
She is in the cast of “F**cbois,” an entry in the 2019 edition of Cinemalaya that premieres on Aug. 4, 6 p.m., at the CCP. It’s directed by Eduardo Roy Jr., and stars Royce Cabrera and Kokoy DeSantos. 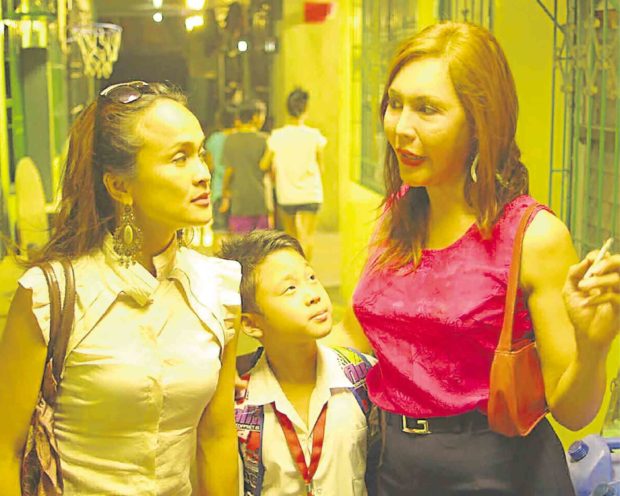 This week, Mimi will shoot her scenes for Royland Modino’s “A,” starring Anthony Falcon and Ruby Ruiz.

It’s an advocacy film that’s meant to promote HIV awareness, and is an entry in this year’s SineSpectra film fest.

We asked the actress how she would describe herself to people who are asking who Mimi Juareza is. Her winking answer: “Si Mimi ay isang baklang taga-Davao na nangarap makipagsapalaran sa ibang bansa noon. Nang umuwi sa Pilipinas, dinampot sa kanal, pinaarte at binigyan ng role … and that’s how it all began for Mimi Juareza!”