Donald Glover on Beyoncé, and why ‘The Lion King’ story is emotional for him | Inquirer Entertainment
Close
menu
search

Donald Glover on Beyoncé, and why ‘The Lion King’ story is emotional for him 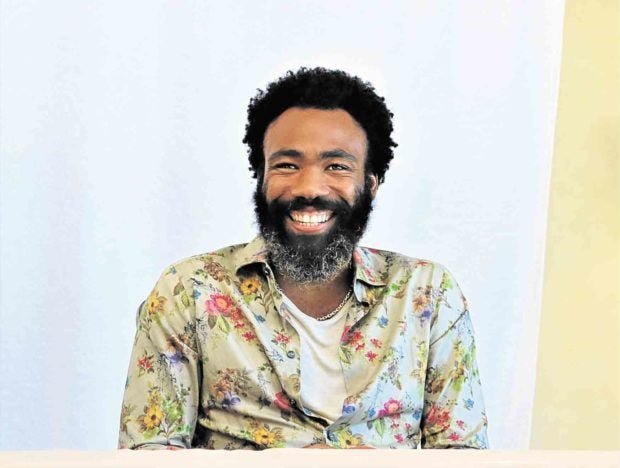 LOS ANGELES—Donald Glover, who voices Simba in Jon Favreau’s “The Lion King,” lost his father while he was working on Disney’s live-action remake of its beloved animated feature film.

It’s especially poignant because it was his father, Donald Glover Sr., who took the younger Donald to watch the 1994 original.

It was the afternoon after the visually stunning live-action version premiered in Hollywood. In a rooftop room at the Montage Beverly Hotel, Donald reminisced about his dad and talked about Beyoncé, who voices Nala in “The Lion King,” and his other career as a musical performer under the stage name Childish Gambino.

He was the epitome of cool: long-sleeved floral print shirt, tee, peach slim pants and maroon loafers. He sported a full beard that’s turning salt and pepper on the bottom. “Oh yeah, just from stress,” he said with a laugh.

He got to sing the movie’s Elton John-penned pop classic, “Can You Feel the Love Tonight,” with Beyoncé, who is the voice of Nala. Due to their busy schedules, Donald and Beyoncé recorded the duet separately in different recording studios, including the famed Abbey Road Studios.

Voted “Most Likely to Write for The Simpsons” in high school, the 35-year-old singer-actor ended up writing for “30 Rock.”

Other breaks followed, including “Atlanta,” which he created, stars in and occasionally directs, and playing the young Lando Calrissian (originally portrayed by Billy Dee Williams) in “Solo: A Star Wars Story.”

With girlfriend Michelle White, Donald has two sons, born in 2016 and 2018, making “The Lion Ling’s” story resonate with him even more.

What do you remember about watching the original “The Lion King” for the first time? It was a big deal for me. While we were making this, I lost my father, so I feel like it was really helpful for me to go through this from the other side of it. I saw it with him. I was in fourth grade.

I don’t like the idea of things being preachy. But that movie definitely felt important to me personally, so I took it with great pride and heaviness.

When was the last time you cried when you watched a movie? I cried last night. I’ve become an easy crier. The more you understand what’s happening as you get older, you become more OK with letting it go.

One of the earliest memories I have—I remember going to kindergarten and my dad telling me, “Don’t be afraid to cry. You can cry whenever you want. Don’t let anybody tell you it’s not OK to cry.”

And I still didn’t cry a lot because of pressures from outside. You don’t want to cry at school.

But now, I cry a little easier. Also, I watch a lot of movies on planes, and you’re always emotional on planes. Something about the altitude (laughs). 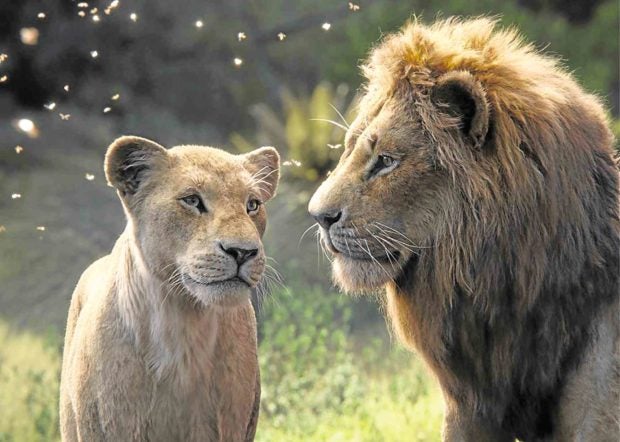 So how emotional for you was that scene when Simba loses his dad? It was definitely a moment where you just appreciate it.

The older I get, I realize there’s a love there I can never match because it’s longer and bigger than me. I’m trying to catch up. And my son, if I do the right thing, it’s the same thing, so it was just a beautiful moment.

All these things are the process of becoming who you are and you should love who that person is, no matter what.

My dad lost his family at a young age. Family is the most important thing. That’s probably the big thing he taught me.

Did your son watch the movie with you? My son was there last night, so he got to see it.

Was he more interested in Beyoncé or the movie itself? He already knew Beyoncé was in the movie, but he didn’t know I was in the movie. I just let him watch it, then I (as the voice of Simba) come out and start singing. He was (gestures looking alternately at Donald and Simba on the screen), realizing it was me. It was awesome, really fun.

I didn’t want to tell him because, this is probably the only time in history this will ever happen, it’s his favorite movie. So, it was a great experience because at the end, he just crawled into my arms.

It’s a movie. But you understand the myth from such a young age. And being exposed to the idea of losing a parent at such a young age is such a brand-new idea to a child and you still remember that film as being fun at the end of it. I think it’s a classic because of that.

Can you talk about meeting Beyoncé for the first time? The first time I met Beyoncé was backstage at a Jay-Z concert. She was drinking a glass of wine, just chilling. We just talked about “The Lion King.” We hadn’t done anything yet.

She was really sweet. The energy just changes whenever she’s in the room. Once you get that big, you kind of have control over that kind of feeling. I felt very at home. But she is also very regal. She’s really cool.

Did you and Beyoncé record “Can You Feel the Love Tonight” separately or together? At the time we were doing “The Lion King,” I was working on “Solo: A Star Wars Story,” so I was in London. So, I got to record it at Abbey Road Studios.

Beyoncé was getting ready for Coachella, so we couldn’t really get together.

But we went back and forth a couple of times. I recorded it multiple times. But we didn’t actually get to be in the same room because we’re so busy.

Can you talk about the challenge of maintaining two amazing careers—singing and acting? You get older and you can’t do it all the time. I was talking to Justin Timberlake years ago and he was, “Man, it’s really hard to do both.” I remember thinking, no it’s not, you can do both, you just have to really go for it.

But now your body is going through a lot, and it’s also a time constraint thing. Also, I love hanging with my kids …

Why is “This Is America” your last tour under the Childish Gambino moniker? I’m really tired (laughs).

Is your music career more exhausting because of the touring? No, because acting is just as exhausting. It’s always something that you have to have great discipline and understanding for so they’re both equally as challenging.

Do you think you’re always going to be this tired? I feel like it’s just time for me to be home. I think I’ve done a lot of stuff.