Actor Charles Levin, who appeared in “Seinfeld”, is believed to have died after his car became trapped along a remote road in the northwestern state of Oregon, officials said.

Police and rescue workers searched for several days for Levin, 70, whose vehicle was spotted Saturday, July 13, stuck just off an “almost impassable” road by a resident, the Grants Pass Department of Public Safety said. 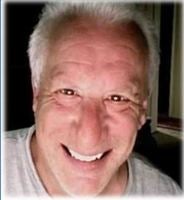 Human remains were found after several hours of searching very steep and rugged terrain in the vicinity.

“Based on the circumstances, there is a high probability that the remains are those of Charles Levin,” the department said in a statement Sunday, July 14.

Levin’s pug dog was found deceased in the stranded vehicle.

Levin memorably played a highly-strung mohel, a person who carries out circumcisions according to Jewish law, in a 1993 episode of the acclaimed TV sitcom “Seinfeld”.

He had minor roles in Woody Allen films “Annie Hall” and “Manhattan,” and also in “This Is Spinal Tap”.

Levin was best known for regular roles in sitcom “Alice” and police procedural “Hill Street Blues” in the 1980s.

According to IMDB, he retired from acting in 1998 and moved to Oregon.

He was reported missing earlier in the week by his Los Angeles-based son, local media reported. HM/NVG