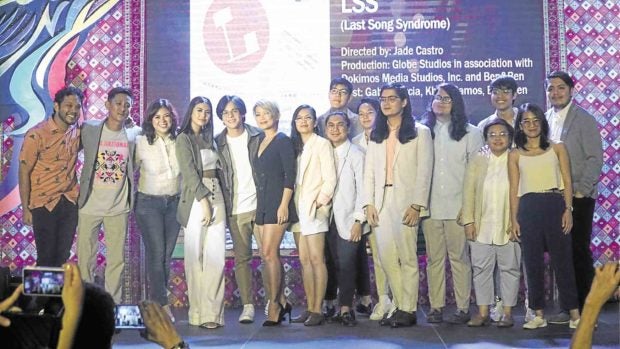 They’re commercial films, but they’re not more of the same. They’re also relevant,” said director Jose Javier Reyes, who heads the selection committee of the 2019 Pista ng Pelikulang Pilipino (PPP), when the Inquirer asked him to describe this year’s lineup.

A total of 10 films will be showcased during the festival’s third edition from Sept. 13 to 19 in all theaters nationwide. There will be seven PPP feature films and three films under the Sandaan Showcase, which is in line with the celebration of the 100th anniversary of Philippine cinema.

“The No. 1 criteria we looked for was originality,” Reyes said during the PPP 2019 grand launch on Thursday at the Sequoia Hotel in Quezon City. “Submitted were 23 movies and several scripts, and sadly, they’re about the same things—rom-coms and zombies! We didn’t want to go that way.”

The director added: “Since this is for nationwide release, we wanted a lineup that’s audience-friendly because they have to make money. The movie owners agreed to show them and keep the PPP going, but they have to have commercial value, and not purely arthouse films.”

The Sandaan Showcase was not originally part of this year’s festival “until the three films came up,” said Liza Diño, chairperson of the Film Development Council of the Philippines (FDCP), organizer of the film derby.

“We originally planned to screen classics. When these were submitted, we realized that there was a recurring theme. They all feature the matriarchs of Philippine cinema. This year, you will see films of today and the artists of the past. These women were still young when the local film industry was just starting—ito na sila ngayon, giving the industry the opportunity to come full circle,” Diño pointed out.

“These aren’t for commercial release, but they will be screened in one movie house in every area,” explained Reyes.

He added that picking this year’s lineup was especially difficult. “With all the festivals and the amount of money invested in these films, producers want a guarantee of their return of investment. We didn’t anymore include films with producers who are capable of financing commercial releases on their own.”

In addition, 10 short films under the Sine Kabataan category will be screened in cinemas nationwide, alongside the festival’s feature films.