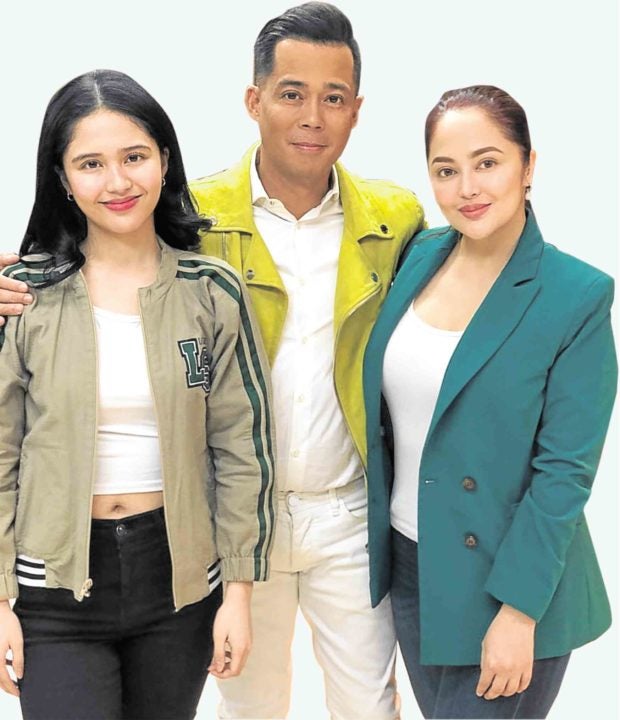 Dingdong Avanzado doesn’t look his age at all. He turned 51 last July 7. The OPM stalwart marked his birthday by staging the third Dingdong Avanzado Golf Classic Tournament at the Valley Golf Club North Course. Some of the celebrities who played were Cesar Montano, Noel Cabangon, Arnold Clavio, Tonton Gutierrez and Glydel Mercado.

Prior to that, Dingdong had a successful concert, “Green and Go,” with Ogie Alcasid, Randy Santiago and Gary Valenciano. What better way for the birthday boy to celebrate than by engaging in his two passions—singing and playing golf?

Here’s my chat with Dingdong:

What prompted you to hold a birthday golf tourney for autism awareness? My golfing group called the “Honnies” encouraged me to stage a tournament again. But I wanted it to be more meaningful. That’s why I decided to bring in the Autism Society as a beneficiary. I am an advocate for building an “Autism OK” Philippines.

What are your immediate plans as you turned a year older? My plan is to continue focusing on my music. To go around the world and here in the Philippines with my band. I want to keep performing until I can’t do it anymore. Music is my passion—the day that I remove music from my life is the day that I die.

What’s your message or advice to your daughter Jayda’s future suitors? Do you really want to know? If you want to impress my daughter, you have to impress the dad first. And mind you, I’m not easily impressed.

What would impress me the most is if you know how to treat my daughter right.

Are you a stage father? Let’s put it this way. I think Jessa (Zaragoza, his wife) is much more of a stage parent than me (laughs).

You don’t seem to age. A lot of people have asked me about that. It’s a combination of several factors. The kind of food that I eat, my genes, the way my wife takes care of me, and having music in my life.

What makes your marriage with Jessa work? We have learned to treat each other with respect. We make sure we get to spend quality time together.

Was there ever a time when your marriage was on the rocks? I think most, if not all, marriages hit a rough patch at some point—we’re no different from any of them. But the key is maintaining healthy communication and atmosphere in the relationship.

What changes would you like to see on the OPM scene? That upcoming OPM artists would get a platform that would enable them to showcase their talents.

If you could sing only one song, what would it be? “Maghihintay sa ’Yo.” It’s my first composition, which eventually became a hit song.

Westlife is back in full swing with “The Twenty Tour,” presented by Wilbros Live. Celebrating its 20th anniversary with 14 No. 1 hits, the band brings much-awaited reunion concerts to Manila on July 29 and 30 at the Big Dome.

Being the UK’s top-selling album group of the 21st century, Shane Filan, Nicky Byrne, Markus Feehily and Kian Egan return with their highly anticipated new single in eight years, “Hello My Love,” which is written and produced by hitmakers Ed Sheeran and Steve Mac.

Tickets to the band’s concert are almost sold out at Ticketnet. Even after two decades, Westlife still has what it takes to have a captive audience.