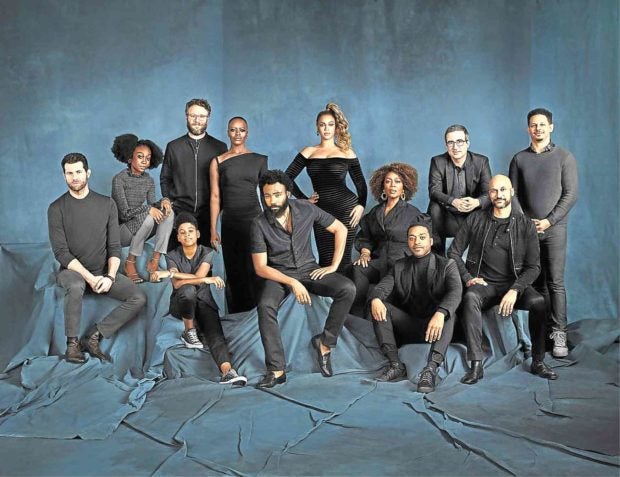 The cast of “Lion King”

Hakuna matata (no worries). Yup, that’s what this first-look photo of the formidable new voice cast of “The Lion King’s” big-screen revival seems to say.

Fifteen years after the release of Disney’s animated feature, Donald Glover and Beyoncé Knowles-Carter are set to dazzle a new generation of music-and-adventure-loving fans.

“The Lion King,” which opens in Philippine cinemas on July 17, chronicles the rise and coming-of-age realizations of the African savana’s future king.

Simba idolizes his father, King Mufasa (James Earl Jones), but soon finds himself going mano-a-mano against his power-grabbing uncle Scar and struggling to rise above the ruins in the battle for Pride Rock.

The video of the screen musical behind such show tunes as “Can You Feel the Love Tonight?,” “I Just Can’t Wait to be King” and “Circle of Life” is the best-selling home video of all time, with more than 55 million copies sold to date.

Sir Elton lobbied long and hard to have the song put back in—and won an Oscar for best original song the following year.

If that isn’t “fighting for your art,” we don’t know what is. —RITO P. ASILO