Lessons Danilo Barrios learned from his stint with Streetboys 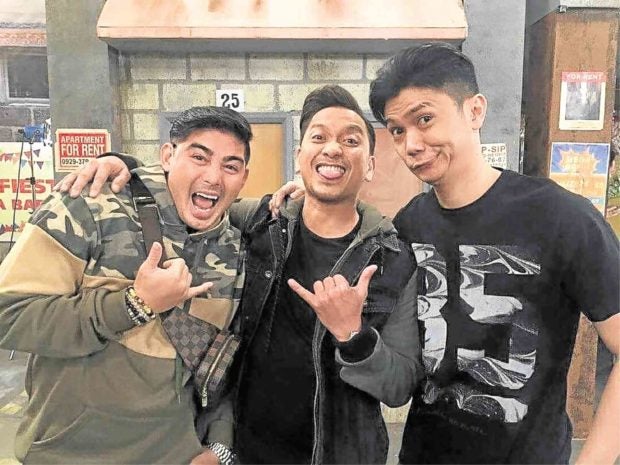 “They’re like my brothers. We have get-togethers, along with the other Streetboys. We also have a chat group, where we talk about all sorts of crazy and funny things,” Danilo told the Inquirer.

Danilo was last seen as a cast member of the fantasy-adventure TV series “Imortal” in 2010. He has since opted to lay low from the biz to concentrate on family life. He has also put up a business with his wife, Regz Soqueno-Barrios. 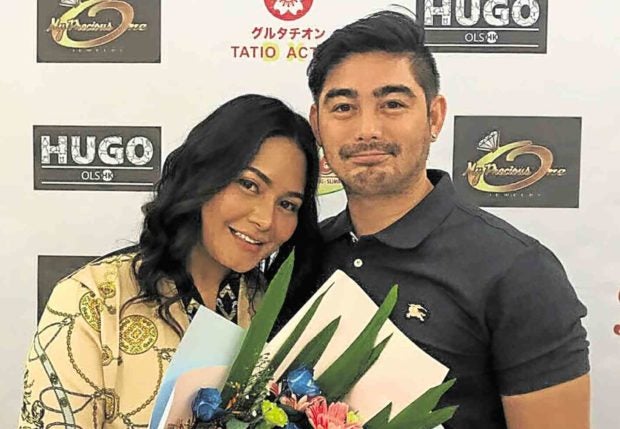 “I’m actually closest to Kuya Meynard (Marcellano). He was the one who helped me get my big break as a dancer. I remember he would always tell me, ‘Bawal ang late; bawal ang makulit,’” recalled Danilo.

As to the possibility of reviving Streetboys, the all-male dance group that became wildly popular in the 1990s, Danilo didn’t sound too hopeful. Members like Spencer Reyes and Michael Sesmundo are now based in the United Kingdom; while Meynard, Nikko Manalo and Sherwin Roux are currently working at Universal Studios in Singapore. “Besides, only Kuya Jhong can do the tumbling; I can’t do it anymore,” he said, laughing.

Danilo added that the group has remained close to their manager, award-winning filmmaker Chito Roño. “He is also part of our chat group. He has gone mellow. He no longer screams and scolds us. He’s not super strict anymore,” Danilo shared with the Inquirer. “I guess he feels that we’re already old enough or independent enough to take care of ourselves. He would, however, give us advice when we consult him on something.”

Danilo, now 37, added: “The Streetboys is very grateful to him. Direk Chito not only treats us as his own children, he also cares for our kids like they’re his grandchildren. He would call our attention when he has concerns about the kids.”

Danilo said the best piece of advice he got from Chito was: “Always be true to yourself; and be consistent. By this, Direk Chito meant that we should give our all in everything we do, whether big or small, because these things are reflections of us as persons.”

When this writer asked Danilo what he thought of the dance groups today, he said: “To be honest, I hardly have the time to watch television these days, so it’s hard to give an assessment of how dance groups have evolved. What I can say to them, though, is that if dancing is what they really love, they should work on constantly improving themselves so they will become more successful.”

He also admitted to missing show biz, but apparently not enough to convince him to make a comeback. Danilo, however, appeared as a guest in the sitcom “Home Sweetie Home: Extra Sweet,” which also features Vhong in the cast.

“If it’s just about screaming fans, I already have three screaming kids to deal with at home,” he quipped. Danilo has two children with Regz—Ysabelle, 5, and Hugo, 3. He also has a 15-year-old daughter named Princess Stephanie from a previous relationship. “Show business changed my life, but I’m now focused on family and our business. Returning to the biz would mean less time with them and my newfound interests.” 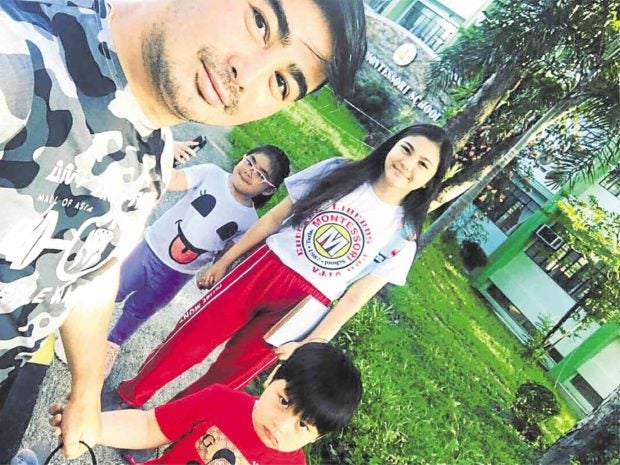 With his kids Princess, Ysabelle and Hugo

Danilo said there were certain traits he acquired while working in show biz that proved useful now that he is a businessman. “One is persistence. In business, you will encounter a lot of rejections,” he said. “Another is creativity. You have to constantly think of ways to improve your products. When it comes to business, Regz is the brains. I take care of the research and leg work. I look for where to best get the materials we need. It’s easier for the two of us if I deal with people, because some of them already recognize me.”

Danilo denied that female clients would sometimes resort to flirting with him, especially those who know he was part of Streetboys. “I don’t consider it flirting. I guess they’re just happy to see me, because I have been inactive in the biz for years. It’s nothing that I can’t handle. I don’t flirt back. I act naturally. As they say, ang importante may benta,” he quipped.