Matteo Guidicelli: ‘I’m representing the Army, I’m not endorsing anybody’ 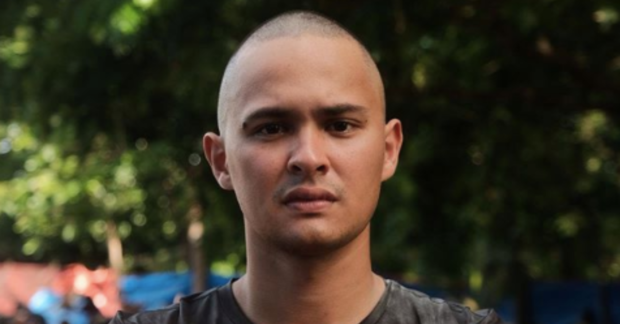 Actor Matteo Guidicelli clarified that he was representing the Philippine Army and not endorsing anybody after being told on social media that he was being “too political.”

Guidicelli recently completed the Scout Ranger training program and is back to taking on showbiz projects. He recently guested on the “Tonight with Boy Abunda” show, uploaded Thursday, July 11, where he was asked if he would be leaving show business or joining politics.

He told TV host Boy Abunda he was “100% in show biz” and said he and his manager Vic del Rosario already have projects to work on this year.

“Aside from the docu film we’re producing about the Army, we’re shooting two movies this year,” he said.

“What about politics?” probed Abunda.

As per Guidicelli, some people on Instagram have been telling him that he was being “too political.” Guidicelli would regularly post about his journey in the Philippine Army and share photos of him while at the headquarters of the First Scout Ranger Regiment at Camp Tecson in Bulacan.

He clarified, however, that he was sticking to the Army and not endorsing anybody.

“You know in Instagram they always tell me, ‘Matteo you’re being too political,’ etcetera, etcetera,” he said. “No, I’m not. I’m sticking to the Army, I’m staying with the Army, I’m representing the Army, so I’m not endorsing anybody or whatever.”

He added that President Duterte is their commander in chief, so they must follow him.

Guidicelli was recently criticized on social media after he shared a photo of him wearing the military uniform and saluting the Philippine flag with action star Robin Padilla. On his post, he challenged people, especially his colleagues in the entertainment industry, to “unite” instead of “talking smack.”

One critic pointed out to Guidicelli that he was allying with “probably one of the least patriotic organizations in the country,” the Armed Forces of the Philippines. Guidicelli, then, chided the critic and suggested they stop talking instead. Cody Cepeda /ra