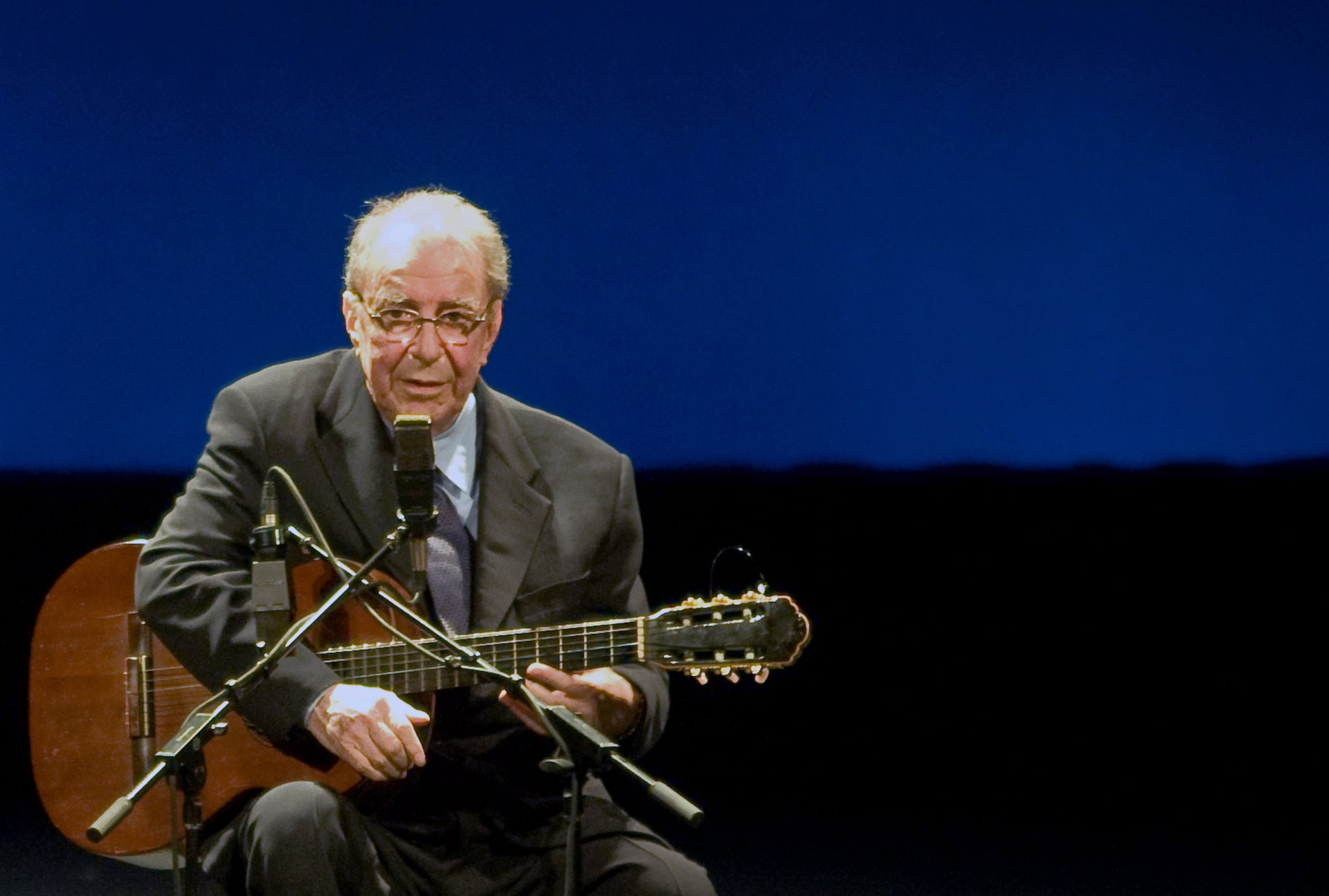 Brazilian musician Joao Gilberto, 77, acknowledges the audience during his presentation late at night on Aug. 24, 2008 at the Teatro Municipal in Rio de Janeiro. Image: AFP/Ari Versiani

Hundreds of mourners turned out Monday, July 8, to bid a final farewell to Brazilian music legend Joao Gilberto at a public vigil in Rio de Janeiro.

Wreathes placed around the semi-open coffin in the city’s majestic Municipal Theater paid tribute to the pioneer of bossa nova, who died on Saturday, July 6, aged 88, following a long decline.

Ahead of a funeral ceremony in the afternoon, which has been reserved for Gilberto’s loved ones, fans arrived to pay their respects to a man described as Brazil’s “greatest artist,” some carrying their own musical instruments.

“Joao Gilberto represented a new era of music,” Paulo Afonso Sampaio, a 43-year-old businessman, told AFP.  “He was an inspiration for many people.”

For 81-year-old lawyer Mario Bastos, Gilberto was a “musical icon… who could hear sounds that others could not.”

“He was a great master,” said Adriana Calcagnotto, a singer and composer.

Gilberto, who is remembered for his haunting version of “The Girl from Ipanema”, spent the last decade of his life a recluse with mounting family, financial and health difficulties.

His last public concert was in 2008 in Salvador, the capital of the northeastern state of Bahia where he was born, as part of a tour celebrating the 50th anniversary of bossa nova.

On Tuesday, July 2, he made a final public appearance at a restaurant near Copacabana beach with his partner Maria do Ceu Harris and his lawyer, Gustavo Carvalho Miranda, who posted photos of the event. HM/JB