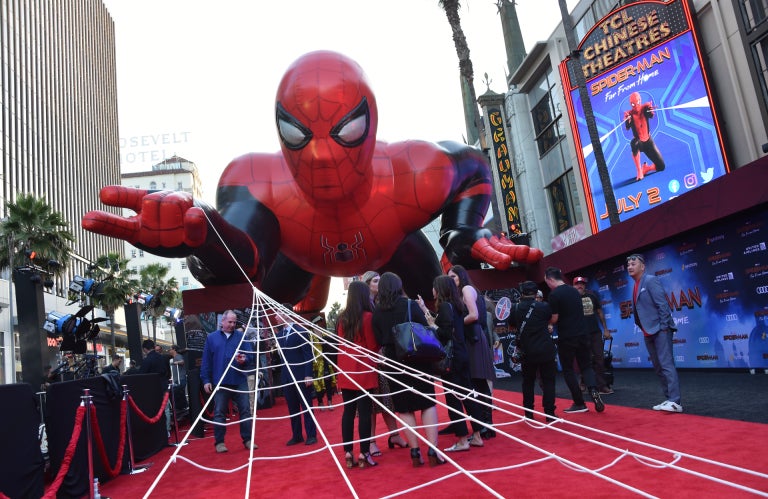 A giant inflatable Spider-Man is displayed on the red carpet for the “Spider-Man: Far From Home” World premiere at the TCL Chinese theatre in Hollywood on June 26, 2019. Image: AFP/Chris Delmas

Once again, Spider-Man seems to be trapping everything that flies by.

This latest in the Spider-Man franchise, made by Sony and Disney-owned Marvel, set a record six-day total for a Tuesday release of $185.1 million, according to the Hollywood Reporter.

Coming in second in its third week out was Disney/Pixar collaboration “Toy Story 4”, at $34.3 million. The film again features the voices of Tom Hanks as Woody, the eager but empty-holstered cowboy doll, and Tim Allen as space toy Buzz Lightyear.

In third, at $10.8 million, was Universal’s alternate-universe romantic comedy “Yesterday”. Himesh Patel stars as a struggling musician who, after a mysterious global blackout, is the only person in the world to remember the Beatles and their music, and takes full advantage of it.

Patel does his own singing; Danny Boyle, of “Trainspotting” and “Slumdog Millionaire” fame, directs.

In fifth was Disney’s live-action remake of “Aladdin”, taking in $7.6 million in its seventh week out.