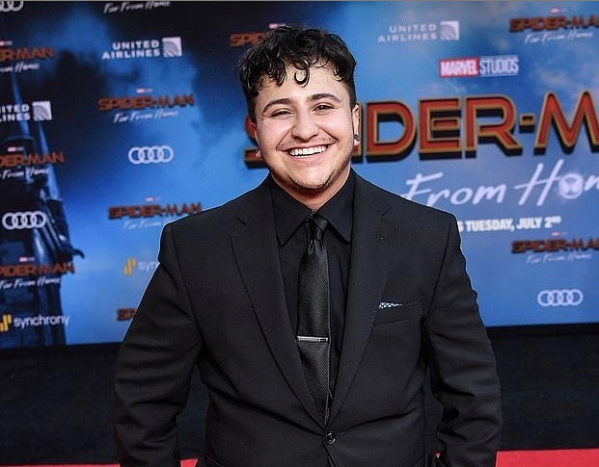 Barack, 23, has long related to the themes in Spider-Man about living a double life. “There’s something very inherently trans about those stories, especially ones where identity and hidden identity is part of them,” he told Variety in an interview on Wednesday, June 26 (Thursday in Manila).

“For example, Peter Parker’s journey [in ‘Spider-Man: Homecoming’] is a lot about balancing being a teenager and having this other part of your life,” he explained. “And that is just so trans, it’s something that I absolutely think I’ve felt on a daily basis sometimes—especially being a transmasculine person because sometimes there’s a pressure to be a different way than I feel naturally inclined to do because I want to fit in, and I have to actively fight that instinct.”

Barack plays Peter Parker’s (Tom Holland) classmate who is part of a high school field trip in Europe, which turns into a new mission for Spider-Man.

Even if his character is not openly transgender in the film, he still believes representation is important, noting that the latest “Spider-Man” films have tried to replicate the diversity seen in a New York classroom.

“I don’t think I actually saw a person that I consciously knew was actually trans in any form of media until was maybe 17, 18,” he said, sharing that the first film where he saw a trans man was the 1999 film “Boys Don’t Cry.” The film dramatizes a real-life hate crime against a trans person.

“I do want to see myself represented on screen, so I do want to see a trans superhero or a queer superhero,” he said. “And I want it to be hopefully someone who can draw from their experience in real life in that way—[to show] queer people are getting work, too. But at the same time, I’m just happy these stories are being told.”

In a red-carpet interview with Variety, Barack referred to Filipino-American actor Jacob Batalon as his best friend. Batalon was all praises for his buddy: “Zack just came on and did his own thing. He really just fell into the job and we love him.”  Niña V. Guno /ra