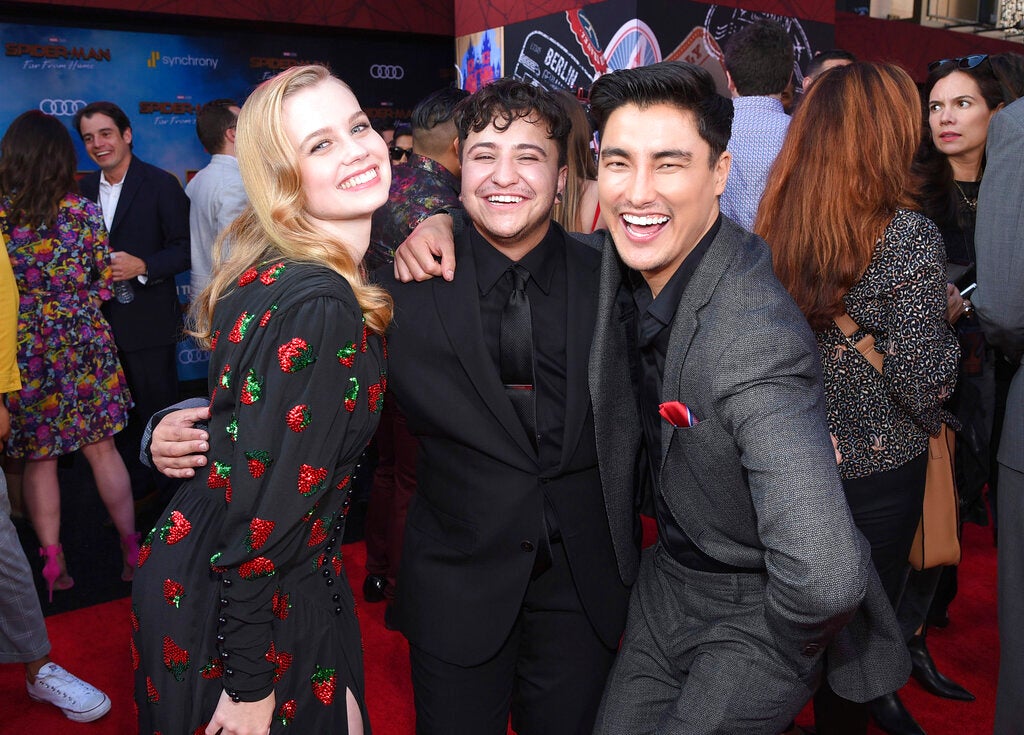 (From left) Angourie Rice, Zach Barack and Remy Hii at the world premiere of “Spider-Man: Far From Home” at the TCL Chinese Theatre in Los Angeles. (Sony Pictures via AP)

LOS ANGELES  — The first openly transgender actor in the Marvel Universe says there needs to be more representation of his experience.

Zach Barack plays a classmate of Peter Parker’s in “Spider-Man: Far From Home.” His gender identity is not addressed in the brief role.

Barack said that to him, superhero movies “always felt like a trans story because it’s talking about identity.”

“It’s about separating what people know about you and what they don’t,” Barack said at last week’s premiere of the film. “And I think that’s something I kind of live with every day. And on top of that, I don’t see a lot of trans-masculine people on television or trans men specifically, and getting to be part of that is beyond unreal.”

The 23-year-old Chicago-area native, who also appeared in the TV series “L.A.’s Finest,” said there needs to be more roles for trans people in all sorts of movies.

“The truth is you have to put out there what people want to see and what people need to see,” he said. “And as a young person who is trans, I didn’t see a trans man on TV ever, ever, really, until I was like, 17. So having a fun movie about a class going on a trip together, and I get to be part of that, I can’t even …”

The new Spider-Man movie is now playing in theaters.