The tie that binds Ogie, Dingdong, Randy and Gary V 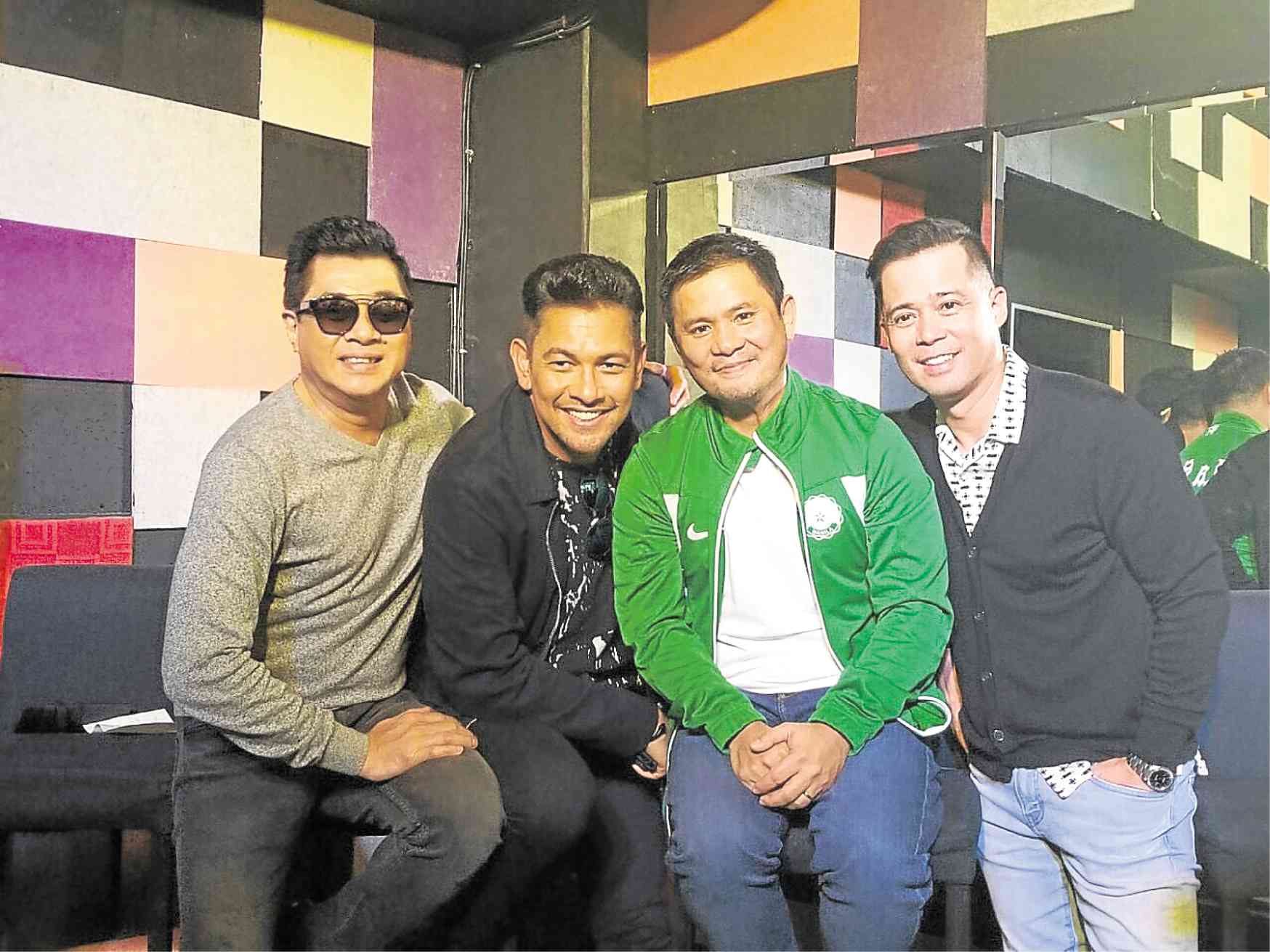 Aside from the fact that they all debuted in the 1980s, one other thing that binds Ogie Alcasid, Dingdong Avanzado, Randy Santiago and Gary Valenciano together is that they used to be part of the Kundirana—the renowned high school singing group from La Salle Greenhills (LSGH).

And performing for the said music ministry, the four singers said, instilled in them the importance of discipline and helped them become the artists they are today.

“We wouldn’t have the work ethic we have now, if it weren’t for our time in the Kundirana. We showed up on time, brought our own costumes—anything we needed. We practiced even during exam week. It was all about discipline, which we brought with us when we became professionals,” Ogie told reporters at a press conference for the “Green & Go” benefit show.

“We never had a backstage crew to help us out,” Gary said. “We made sure we were complete, that we were prepared every time we performed.”

For Gary, the biggest takeaway is realizing early on that there’s no such thing as a small or big show.

“We don’t look at our gigs as mere raket or as something we simply get over and done with. When we go onstage, we make sure that every performance is sincere and genuine. People attend our gigs to have fun and leave their problems for a while,” he pointed out. “We learned that we had to bring joy to the people through our music. And it’s something we do to this day.”

Being part of the Kundirana is something they take pride in. But getting in was no joke.

“It was all we could ever think of, the moment we entered high school. When we reached third year, we finally got to try out, and it was tough. Only a handful got through,” Randy recalled.

And when they finally got in, they found out that the training was tough, rigorous—“a big deal.” “We were like athletes, in a way,” Dingdong pointed out.

Tonight, these four artists will share the stage at Filoil Flying V Centre for the “Green & Go” concert—all the proceeds of which will go to LSGH alumni in dire need of medical assistance.

It also aims to raise funds for the construction of a medical facility in Dasmariñas, Cavite, which will cater to the less fortunate. (Call 9115555.)

Aside from their respective trademark hits, Ogie, Gary, Dingdong and Randy—being ’80s babies—will deliver a set list full of songs from that glitzy era.

“We hope to transport everyone back in time. I hope the music becomes affecting that they get up on their feet and start dancing from the get-go,” Ogie said.

The ’80s was a special time for all four, Gary said, because things were simpler back then. “A lot of the music was just fun,” he said. “There were no screens to watch us on. The people went out of their way to see us live in our shows. And they could get wild, too! That felt really good.”

“I miss seeing the all-out effort the fans used to put—from the snail mail to the way they followed us at fans’ days and campus tours,” Dingdong added. “It was heartening to experience.”