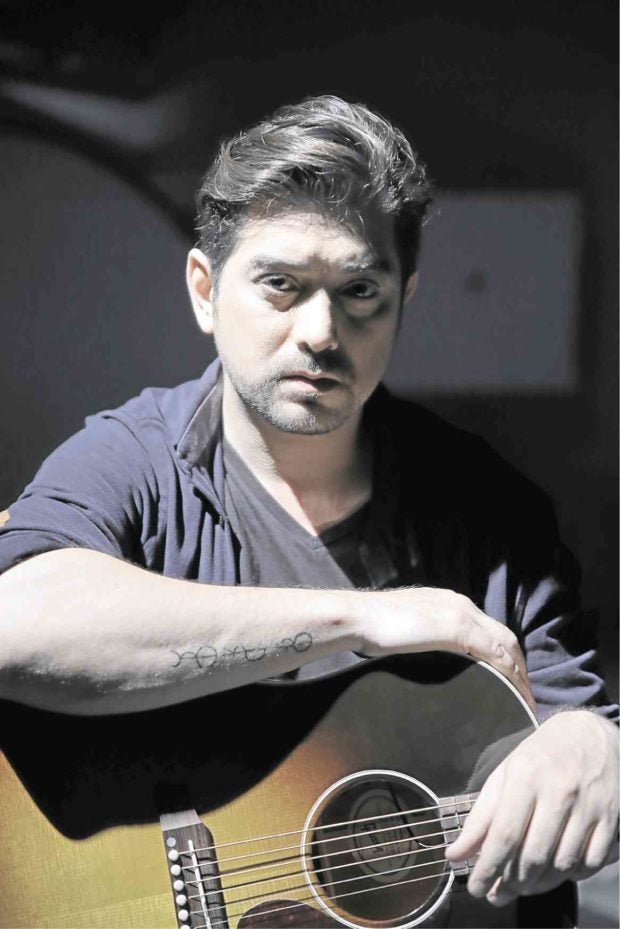 Singing is something Ian Veneracion has always loved doing, either with friends during casual jamming sessions, or just by himself whenever the mood strikes. Singing in front of a big crowd, however, was an entirely different story.

“I used to be scared of singing in front of many people—it’s scarier than going skydiving!” Ian told reporters at a recent press conference. “I’m that person who wouldn’t volunteer himself in karaoke, but wouldn’t let go of the microphone once he gets hold of it. I enjoy music and singing, but not in public … I wasn’t confident with my voice.”

One of the things that helped the actor overcome that fear was playing Anton, a musician, in the 2017 drama series “A Love to Last.” “I had to do it because it was a role. And as an actor, I had to be comfortable with it,” he pointed out.

Ian did become more comfortable with it, so much so that he ended up headlining his first major solo concert last year. “I survived! Looking back, it wasn’t perfect. But I really enjoyed the experience. It was a moment you can’t replicate,” he said.

“The color bars we see on television—that’s the concept. The colors represent different moods; I associate each color with a particular emotion,” Ian pointed out, adding that his repertoire will be composed of songs he loved growing up; songs he enjoys playing.

“Peter Frampton, Cat Stevens, The Eagles, Sting, Tears for Fears … those type of artists and music,” said Ian, who will be joined by special guests, Ogie Alcasid and Regine Velasquez.

Ian is primarily known for his work for television and film, which he has been doing virtually “all my life.” He’s at his most comfortable on the set, “creating characters” and “doing scenes.” But he’s also a musician, a sports junkie, a painter and a licensed pilot.  And he doesn’t want to box himself in a particular category.

“There were times when acting was the only thing I could focus on. One time, I was preparing for a certain project and, for months, it was the only thing I thought of, whether in my sleep and while I was awake. Sometimes, I would be doing an outdoor sport I’m crazy about. I just go with how I feel. I could stay in a particular phase for months. It goes in cycles,” he related.

“I just go with my heart and passion. I just trust the feeling … Now I’m in a music phase,” added Ian, who’s thankful that he gets to express his emotions through different fields or art forms.

“Not everything can be properly expressed in words all the time … Some things are better expressed through colors, sounds or compositions,” said Ian, who also plays the piano and the guitar. “And it’s nice to be able to do that.”

Ian has two songs available on Spotify at the moment, “We’re All Alone” and “I’ll Miss You the Most,” which are originals. And while he has written 15 other unpublished songs, Ian is in no rush to record a full-length album.

“Last year was my first time to record material I have written on my own. I enjoyed it. I love the feeling of coming up with something original and putting your own take on it. Sometimes, you feel that this song will go nicely with the piano or the cello. I enjoy that process,” he related. “But publishing takes time, so I will just keep on recording for now.”

After all, Ian isn’t in it for other people’s approval.

“If someone appreciates your work, then good. You do it anyway, whether someone’s listening or not … You don’t make a painting only because you’re going to sell it or show it off to someone—you do it because you want to express yourself,” he said.