‘Golden Girls’ appears to get better with pop culture age 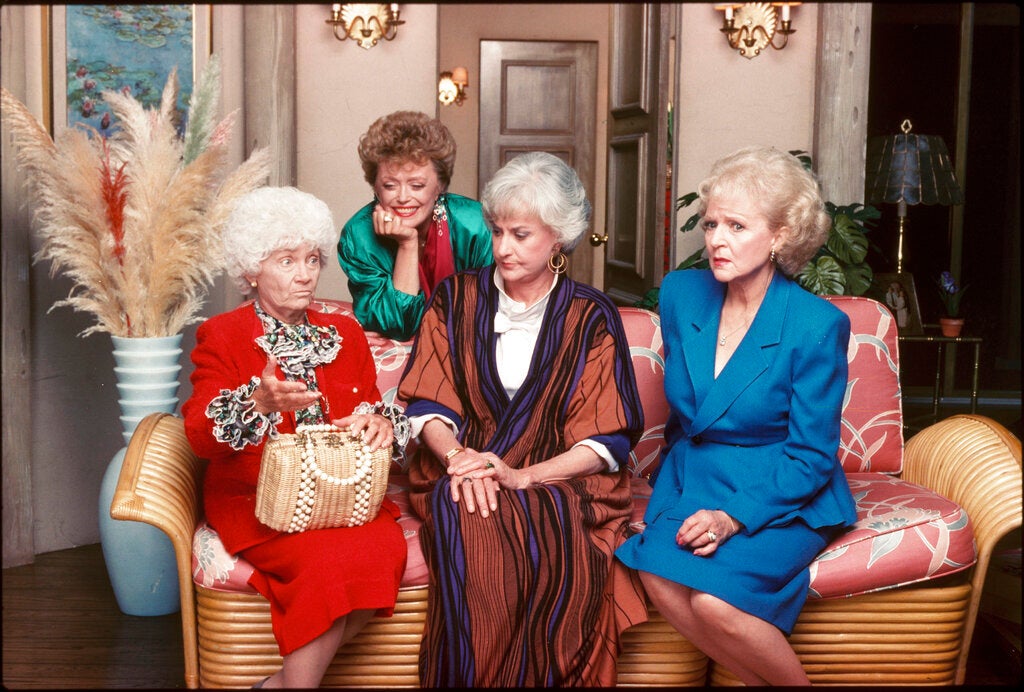 From left, Estelle Getty, Rue McClanahan, Bea Arthur and Betty White are seen in this undated publicity image from the TV series “The Golden Girls.” From a college course to a cruise to cereal, the merchandise in recent years demonstrates that Dorothy, Blanche, Rose and Sophia still have plenty of pop culture appeal. Image: ABC Studios via AP

Alexandra Wilkinson was only 2 months old when “The Golden Girls” ended its television run in 1992.

But she became a fan last year while taking a course called “Women and Aging: Lessons from the Golden Girls” at California State University, Long Beach. Now she streams episodes on Hulu. She owns a “Golden Girls” T-shirt. And when she graduated recently with a master’s degree in gerontology, she decorated her cap with a picture of “Golden Girl” Sophia along with the sardonic Sicilian’s trademark phrase, “Picture it.” 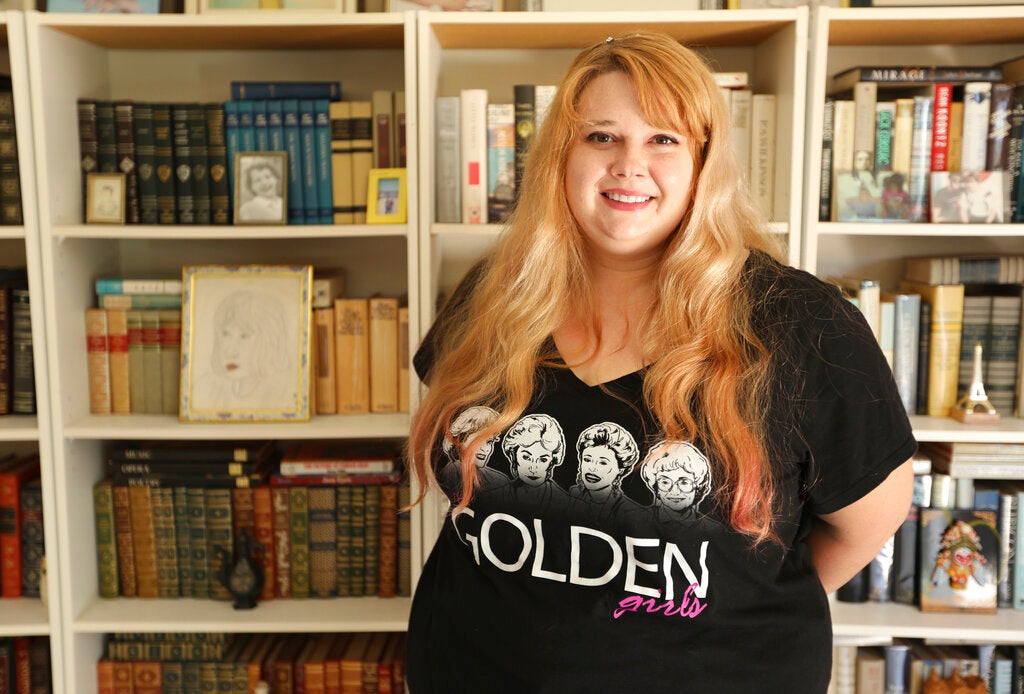 Alexandra Wilkinson became a fan last year while taking a college course called “Women and Aging: Lessons from the Golden Girls.” The class is the latest example of the surprising pop culture longevity of Dorothy, Blanche, Rose and Sophia. Image: Katie Campione/Invision/AP

“I was amazed at how this TV show from before I was born really related to so many topics I’m learning about right now,” said Wilkinson, 27. “It doesn’t even matter what they’re talking about, whether it’s a serious concept or not. Their personalities just have a way of bringing humor into everything.”

The class, which finished its second year in May, is the latest example of the surprising pop culture longevity of Dorothy, Blanche, Rose and Sophia.

The Emmy-winning series revolved around four older women living together in Miami. It starred Bea Arthur, Rue McClanahan, Estelle Getty and Betty White, who is the only living cast member at age 97 (White, through her agent, declined an interview request). The show aired on NBC from 1985-1992.

Just in the last few years, however, there’s been a wave of merchandising, from a trivia game to Chia pets. Funko, known for its Pop dolls of sci-fi and fantasy characters, created “Golden Girls” figures, a limited-edition cereal and, most recently, PEZ dispensers. In 2015, a fan built an unofficial Lego set of the women in their home. Next February, a “Golden Girls” theme cruise will launch from — where else? — Miami.

Marsha Posner Williams, a co-producer on the series’ first three seasons, said the creators simply set out to tell stories about an often-overlooked segment of the population.

“This was a way of showing that even though you might be of a certain age, you’re not dead,” Williams said. “You’re full of life, full of laughter, full of sarcasm and it can be quite joyful.”

Unlike the ’80s fashions worn in the show, the dialogue still holds up, Williams said, resonating with many people, from the gay community to millennials.

“All the issues are so real that they talk about, even though it was 35 years ago,” she said.

H. Alan Scott of Los Angeles has co-hosted a “Golden Girls” podcast for four years called “Out On the Lanai,” a reference to the patio where the women would often talk. He also stages drag shows as Sadie Pines, a riff on the fictitious Shady Pines retirement home where Sophia used to live.

He calls the show “timeless in a lot of ways because they weren’t necessarily topical in the jokes they did.”

Maria Claver, a gerontology professor who created the CSU Long Beach class with colleague Long Wang in spring 2018, thinks nostalgia is one reason “The Golden Girls” endures. Many fans who watched when it originally aired are now in or facing their golden years. And the episodes have been helpful illustrations for her students.

“I think one of the strengths of using a show like ‘Golden Girls’ is that you can address sometimes uncomfortable or difficult topics with humor,” Claver said. “I think that makes students comfortable to talk about things like sexuality among older women.”

The weekly class touched on subjects like menopause, addiction, sexuality, dementia and caregiving. Claver and Wang would screen a relevant episode and then lead a discussion. There were guest speakers, including Williams.

As a super-fan, Claver also can’t help but delight in turning students on to the show’s entertainment value.

“It is a thrill to introduce it to some of the younger students and by the end of the semester, they’re like ‘Omigosh, I’m totally a Dorothy,'” Claver said.

Wilkinson, the recent grad, said she can laugh along even when she has no idea who a guest star like Burt Reynolds is.

“Of course there are references I don’t quite understand. Like they’ll mention a musician or they’ll mention an actor I’ve never heard of,” Wilkinson said. “But for some reason, the way they deliver it is hilarious.”

“We all do projects that we wish our names were not on,” she said. “But, if you’re lucky, you have one in your career that you’re so fricking proud to be associated with.” NVG