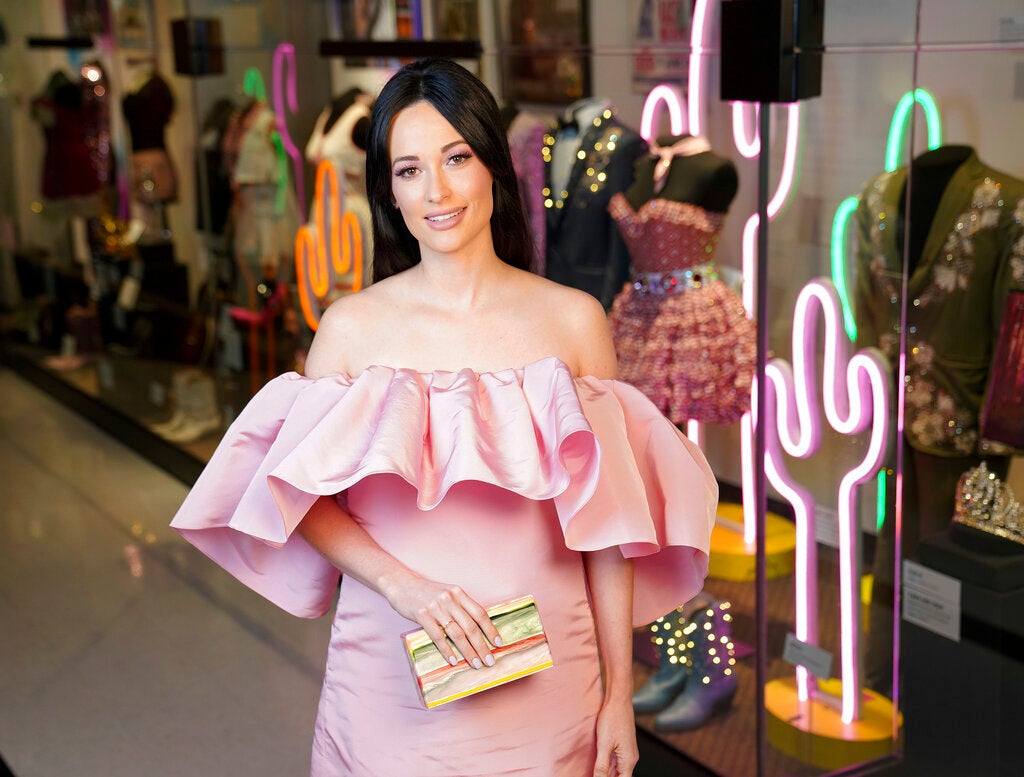 The exhibit “Kacey Musgraves: All of the Colors” opens Tuesday and runs through June 2020. Image: Donn Jones/Invision/AP

NASHVILLE, Tenn. — Kacey Musgraves’ career has been moving and changing fast over the last couple of years, leaving little time for reflection until she saw her life chronicled behind museum glass.

Musgraves is the subject of a new exhibit at the Country Music Hall of Fame and Museum that opens Tuesday and runs through June 2020. The exhibit follows the critically acclaimed “Golden Hour” in 2018 that earned Musgraves four Grammys this year including country album of the year and album of the year, beating fellow nominees Drake, Cardi B and Brandi Carlile.

“I think a lot of people that night were like, ‘Who is this girl?'” Musgraves said. “Which is a funny conundrum to be winning album of the year, and to have people saying, ‘Who are you?’ But in a way, I kind of love that.”

The exhibit called “Kacey Musgraves: All of the Colors” comes as the 30-year-old Texas singer has blossomed into a cross-genre star whose emotional and clever lyrics and inventive style, blending country with electronic, disco and spacey pop sounds has earned her plenty of new fans.

“Too often I can just speed onto the next thing without really soaking in what just happened,” Musgraves told The Associated Press after seeing her memorabilia on display for the first time Monday evening. “It really did hit me in an emotional way and I didn’t think it would.”

The exhibit starts with photos of Musgraves as a child performer singing and yodeling classic Western songs and dressed in jeans and cowboy hats, through her early years in Nashville as a songwriter penning songs with Miranda Lambert and to her Grammy-winning major-label debut album in 2013, “Same Trailer, Different Park.” Early in her career, Musgraves established herself as a unique artist willing to challenge radio programmers with songs like “Merry Go ‘Round” — which won a Grammy award for best country song in 2014 — and “Follow Your Arrow,” song of the year winner at the 2014 Country Music Association Awards.

Musgraves has also become one of modern country music’s new style icons, mixing country and Western embellishments into her red carpet outfits, stage wear and music videos. The exhibit features a rhinestone studded dress designed by Enrique Urbina for the 2014 Grammys and a Western-inspired black pantsuit designed by Atelier Versace that she wore at the 2018 CMA Awards. The exhibit has her Moschino Barbie-inspired pink leather outfit complete with a blonde wig from the 2019 Met Gala that Jeremy Scott helped design.

“I didn’t grow up with anything designer ever, not once. Nothing luxurious like that of any kind,” Musgraves said. “There’s also this other side of me that is like really enthralled with all of that.”

Musgraves’ stylist Erica Cloud said the singer’s style is a mix of nostalgia and playfulness.

“Kacey’s style is unique because she stays grounded in her roots & is classic but we add playful, elevated elements to keep it current,” Cloud said in a statement. “She’s nostalgia with a modern twist. She’s relatable meets aspirational.”

Lyrics that she wrote with Lambert, Shane McAnally, Ian Fitchuk and Daniel Tashian are interspersed between the awards and outfits, alongside a letter she wrote to one of her songwriting heroes, John Prine.

“I love that you can pretty much dress [any way] you want, but if you strip it away and there are real songs there, that’s what matters to me,” Musgraves said.

Even though “Golden Hour” won album of the year at both the CMAs and the ACM Awards, country radio programmers haven’t been spinning her songs much, though she’s been getting more airtime on Americana and adult contemporary radio. Musgraves said she’s not measuring her success by any one format.

“I am very grateful for radio kicking off my career and giving ‘Merry Go Round’ a chance when a lot of people said it wouldn’t work,” Musgraves said. “And beyond that, you know, all I can do is make the music that I love, put it out there. And the fans are amazing with spreading it, giving it wings.”

She recently bought a house with husband and fellow singer Ruston Kelly, although she hasn’t been home much. She traveled the world last year opening for Harry Styles, headlined her own European tour and will be on tour in the United States through September. And she’s still writing out the next steps of her story after “Golden Hour.”

“That’s what I want to figure out,” Musgraves said. “Like what’s the next thing going to sound like?” NVG