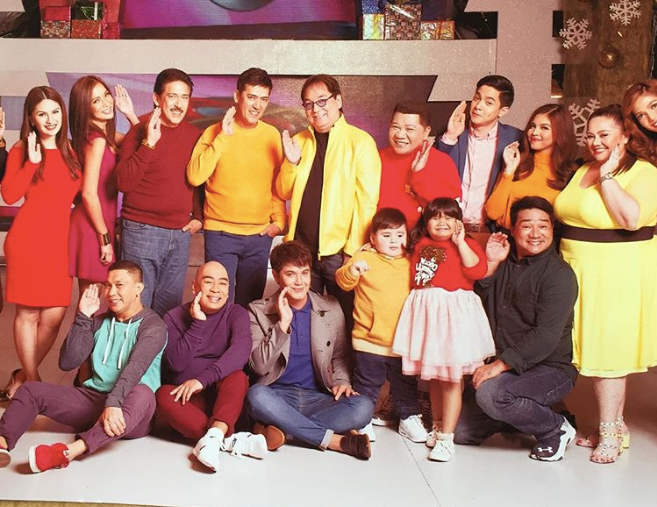 The hosts of “Eat Bulaga”. Image: Screengrab from Instagram/@angpoetnyo

Joey de Leon honored the upcoming 40 years of the noontime TV variety program “Eat Bulaga” by acknowledging his colleagues in the show and their loyal viewers.

To celebrate the show’s milestone, De Leon posted a series of photos featuring the “Eat Bulaga” hosts and crew, via his Instagram account today, July 3.

The TV host also talked about “Eat Bulaga” moving to its new location at APT Studios in Cainta, Rizal.

(We moved to APT Studios in our “pang-APT,” I mean, our fourth decade! And for APT to be four, the letter A should always be there, and that is you, our audience.)

De Leon expressed his gratitude to the show’s cast, crew, supporters and to God for the show having reached 40 years. Another one of his posts today showed the hosts and staff posing at the audience area of the studio.

“Eat Bulaga” aired its first episode via Radio Philippines Network (channel 9) on July 30, 1979. It currently airs from Mondays to Saturdays through GMA. JB