Why David Licauco could be GMA 7’s ‘Next Big Heartthrob’ 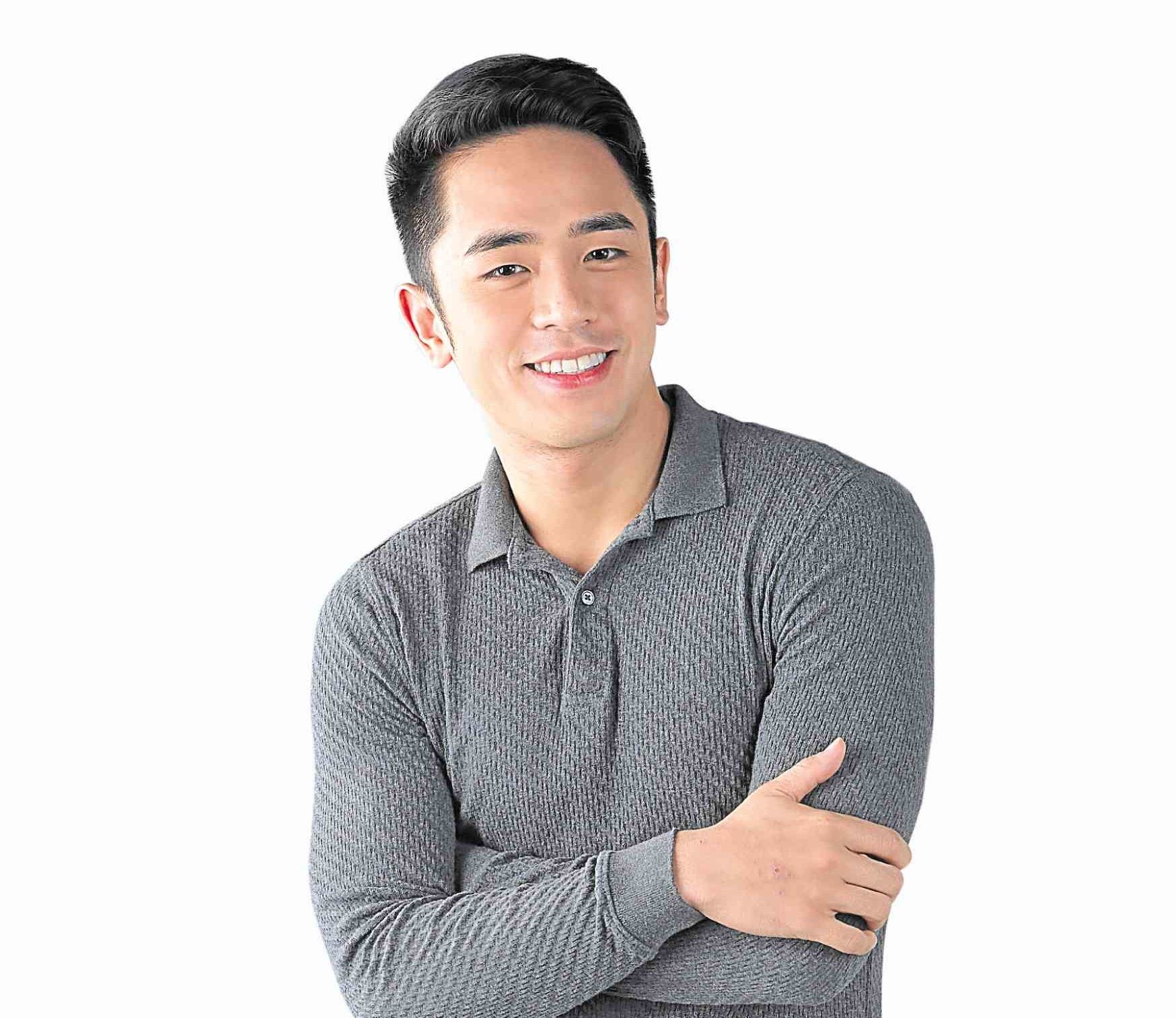 This article is one year in the making, but not because we didn’t like chatting with actor-model David Licauco.

In fact, we found the GMA 7 hunk, who just happens to be Jaime Licauco’s grandson, a fascinating subject worth every writer’s precious time.

This week, David begins his bid for big-screen stardom via the rom-com “Because I Love You.”

In an industry inhabited by celebrities who hide behind “manufactured” images, David’s pull-no-punches candor is as refreshing as seeing him work the runway with a friendly smile—even when he’s made to wear nothing but revealing underwear in fashion shows.

This week, David ascends to solo leading-man status by way of Joel Lamangan’s breezy rom-com “Because I Love You,” which opened in theaters nationwide last Wednesday.

For any newcomer who finds himself sharing dramatic scenes with Martin, you’ll have to bring your A game if you don’t want the intense actor to make you look like a wallflower.

And while David sometimes looks a little “green” and rough around the edges, we’re happy to note that he acquits himself well in the role.

Don’t be fooled by the actor’s cocky, “suplado” or devil-may-care countenance, however. David is kind to his fans.

“As much as possible, I try to interact with them on Twitter,” he said. “Spending a few minutes with them is no skin off my back naman. It doesn’t take a lot of effort to make people happy.”

When we noted that he looked younger in person, David quipped, looking genuinely curious, “Is that a bad thing?” And when we told him he could be his home network’s next big heartthrob, he answered uncloyingly, “Do you think so?”

The guy also has a healthy sense of humor. The first time Bench’s head stylist handed him a pair of skimpy red briefs, the 5’11” tall David said he panicked: “I said to myself, ‘Sh*t, what’s this?’ Baka hindi ako bigyan ng mana ng parents ko (I’ll get disinherited.) My dad will disown me!”

Reportedly, the Licaucos have franchises for Jollibee, Chowking, BBQ King and a trucking business, among others. And David himself operates his own boxing gym, called Alpha Fitness Club. He even told us that he and his dad are developing an app that “could revolutionize the way families run their households.” Spoken like a true entrepreneur, indeed.

The last time we spoke to David, he had “only” 65,000 followers. He has more than doubled that figure since.

Our Q&A with David:

Was it your intention to develop a sexy image?   I started in modeling kasi, where being topless is pretty normal. So, when I got in  to show biz, being shirtless was nothing out of the ordinary.

But you’re not just “topless” in some of your racier pictorials… (Laughs) Going daring is OK. They were for an endorsement I couldn’t say no to. But the first time I walked the runway for Bench’s underwear show and was handed the red briefs—nakita mo ’yun?—I thought I wasn’t ready for it!

I was new at Bench then, and I didn’t want to cause trouble, so I did it without making a ruckus.

You can wear a pair of briefs naman without looking cheap. But I didn’t want a smoldering, sexy look, so it was a conscious decision for me to smile—to look more friendly than “malaswa.”

So, you come from a conservative background? I came from a Chinese high school (Grace Christian). When I was in college (DLSU-College of St. Benilde, with a course in Business Management). I was medyo tahimik. My dad isn’t Chinese, but my mom is. My  lolo is with Inquirer.

You played basketball in college for two years and was a model. You won first runner-up in the Mr. Chinatown competition in 2014. How did you end up in the acting profession? When I was in college, somebody approached me while I was in Boracay and asked if I was a model. I was flattered because I wasn’t the most good-looking guy on campus. “That’s out of my league,” I thought. I remember texting my mom, “Ma, model daw ako (laughs).” That started it all.

When I was 19, I told myself, “Hmm, puwede na… Chinese na may hitsura (laughs).” When you’re in basketball kasi, mukha kang bored palagi. And when you walk, you look like you’re just dragging your feet. But going into modeling, I had to change all that.

But acting was an even bigger adjustment for me. You’re required to convey a variety of feelings and emotions. I didn’t like it at first; I hated doing “Mulawin” and just wanted them to kill off my character (laughs).

When you need to show vulnerability, it isn’t easy to cry. But I eventually got the hang of it and fell in love with acting, especially after taking an acting workshop with Ann Villegas, right before I did “Because I Love You.” Now, I want to take acting seriously.

Being expressive was something I had to work on, because I look mataray. I’m not the type who keeps saying “hello” to everybody. I felt like ’pag nag-smile ako, they’d think, “Ay, feeling close!” I’m better at it now.

How do you react when you get propositioned by women and gay men? There are a lot of ridiculous propositions on Twitter, but I don’t take offense. This is a free country, after all.

Huwag na tayong magpaka-plastic—I would probably say hello to a girl if I found her attractive or sexy.

Sometimes, I find those “propositions” flattering. Like what I said in an interview with GMA, gay guys have a certain type, and their standards are always high. If they find me appealing, I consider that an honor. I feel flattered.

What type of girls do you go for? I like women who are confident, ’yung walang insecurities. I don’t like loud girls, or those who wear too much makeup. I like simple, natural girls.

But meeting girls got a little harder when I became an actor, because some of them get intimidated by the flash that comes with it. They also know that I don’t have a lot of time to spend time with them, because I’m always busy.

Are you in show biz for the long haul? In this line of work, it’s satisfying when you know you’ve done a good job. My dad has been convincing me to start helping him manage the family business. So, I’ve given myself a timeline—perhaps I can do this till I’m 28.

So, I still have around four years. But that can change—I’ll play it by ear.