Janno Gibbs gets a jacket from Willie Revillame | Inquirer Entertainment

Janno Gibbs bumps into Willie Revillame while shopping, gets a jacket 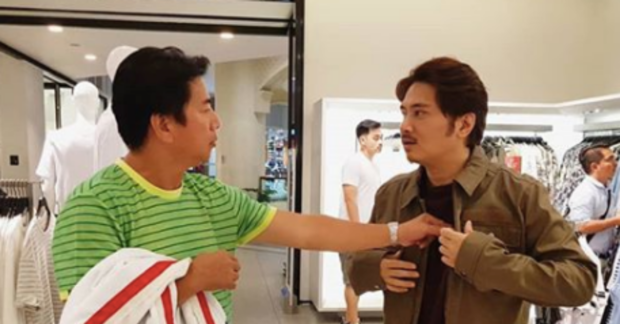 Singer-actor Janno Gibbs had his own “bigyan ng jacket!” moment when he bumped into TV host and businessman Willie Revillame while out shopping.

Revillame is known for giving free jackets to contestants and audience members of his variety game show “Wowowin” and has been the subject of memes online for the act, but it is apparent his jacket-giving goes beyond the show and also extends to celebrity friends.

Gibbs narrated the funny encounter via Instagram on Thursday, June 27, and shared photos of the two of them inside a store. The meeting apparently took place in Zara at the Power Plant Mall in Makati City, as confirmed by Gibbs in the comment section.

(‘Give that person a jacket!’ I bumped into Willie Revillame while shopping.)

Gibbs said he and Revillame talked for a while before eventually saying goodbye to each other. Revillame, however, went back to him and asked him what he wanted from the store, but Gibbs declined.

(He was insistent. He told the saleslady, ‘give him a jacket!’ Thank you, friend. It’s really you.)  /ra