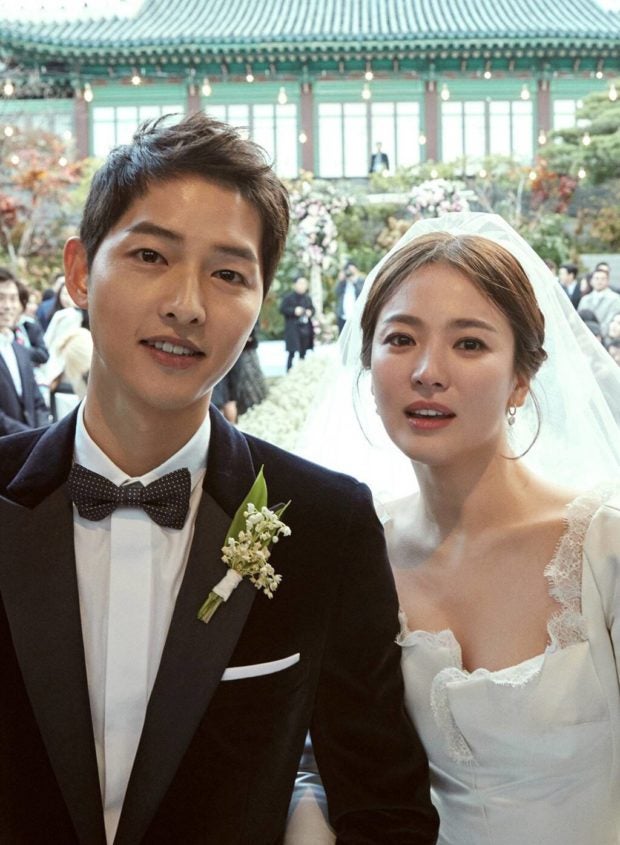 “I have begun the process of filing for divorce from Song Hye Kyo,” Joong-ki said, as quoted by his legal counsel Park Jae-hyun.

“Rather than denouncing one another and arguing over who is to blame, I hope that the divorce process can be wrapped up amicably,” he added.

Joong-ki also apologized to fans for the unfortunate news and asked for understanding. He also assured fans he will recover soon and give them better shows as an actor.

“I’d like to apologize for delivering this unfortunate news to the many fans who love and care for me,” he said.

“I ask for your understanding in regards to the fact that it is difficult to discuss the details of my personal life, and I will recover from my current wounds and do my utmost as an actor to repay you through great productions in the future. Thank you,” he added.

Meanwhile, Joong-ki’s lawyer said its law firm already filed for divorce Wednesday on his behalf at the Seoul Family Court.

Joong-ki and Hye-Kyo tied the knot in October 2017 after starring in hit television series “Descendants of the Sun.”  (Editor: Gilbert S. Gaviola)