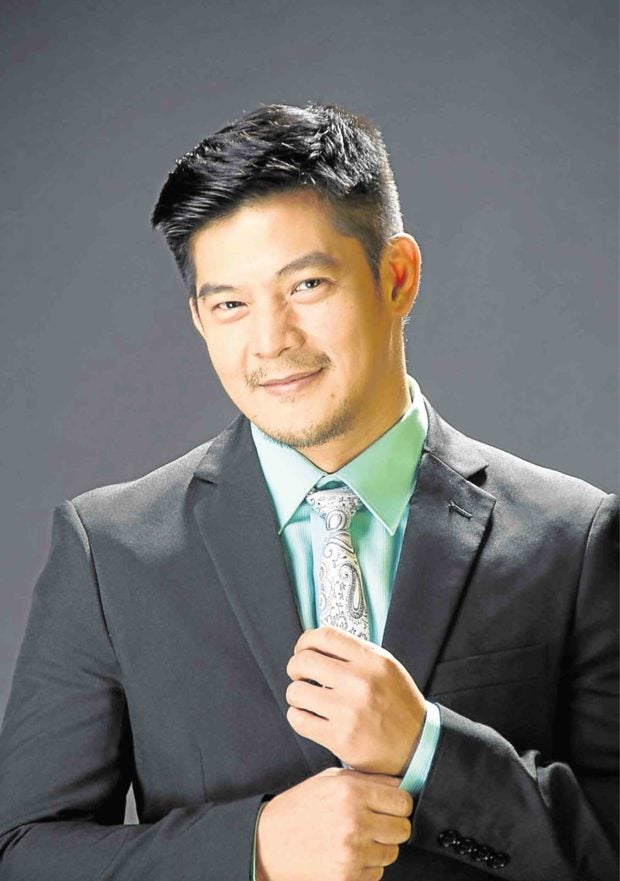 “I’m old-fashioned. I don’t want to keep hopping from one relationship to another,” said actor Romnick Sarmenta, who admitted that after breaking up with Harlene Bautista, his wife of 19 years, he just wanted “to take things slow.”

Romnick confessed to the Inquirer that he would go out on dates from time to time. He even went as far as admitting that “there’s one girl I’m trying to get to know better.” But the actor also pointed out that at age 47, he was “all for finding the right person.”

“I’m in no rush,” he stressed. “If things work out (with the girl), then great. In the end, I still want to be able to say ’OK lang ako. Ayos lang itong pinasok ko.’ I think I’ve given people who care about me more than enough reason to worry, so that’s enough.”

Romnick said that while he was open to dating, he would rather not go out with women who were 10 years younger. “Modesty aside, there are girls who would tell me, ‘Labas tayo!’ Ako ang naiilang. I’m so old-school,” the actor admitted. “I try to say as nicely as I can, ‘Sorry I don’t go out.’ That’s actually true. I don’t like going to bars. My routine has been work, fetch the kids at school, then go home—but that was before.”

The actor said he also found it funny that people now wanted to romantically link him to his former love-team partner Sheryl Cruz, who is reportedly single at the moment. The actress’ marriage to husband Norman Bustos was dissolved in 2008.

“I’ve received 32 messages (on Facebook) from people asking, ‘Pwede ba kayo na lang ulit?’ It’s nice that our fans have remained supportive,” said Romnick, adding that he never answered any of the messages “because people will only play it up.”

“Sheryl now has a private life. If we do talk, people will say something and merely twist things. We don’t want these things to affect our respective kids,” he explained.

Romnick and Sheryl’s tandem was one of the most-loved onscreen partnerships in the ’80s. However, the actor said they had not seen each other in a long while. GMA 7 offered them a reunion project, but the actor turned it down because he had already agreed to do “Halik” for its rival network ABS-CBN.

The actor admitted that adjusting to being single had been difficult. “I think it’s because (Harlene and I) were married for almost 20 years. I’m not trying to play this up in any way, but I was so used to sleeping every night beside my kids. When we separated and I moved to a different house, that’s what hurt the most. I’d ask myself, ‘What am I doing here? Why am I not sleeping beside my kids?’ It really gets to you,” he confessed.

Meanwhile, Harlene, in an earlier Inquirer interview, said that she broke up with Romnick because she was no longer happy with their marriage.

To this, Romnick responded: “I, on the other hand, was not unhappy. I concentrated on being a family man. I chose to stay away from the limelight and shunned show biz work because I wanted to spend time with my kids. I have no regrets. I enjoyed every moment with them.”

He added: “I was happy being a dad. When someone told me, ‘’Tol, daddy mode ka ha?’ I proudly said, ‘Oo naman!’ If you only knew my kids the way I know them, you’d also say it’s all worth it.”

Romnick said he could “borrow” his five children whenever he could. “She would say ‘no’ only if they already have something planned,” he said of Harlene.

Is there really no chance for a reconciliation with Harlene? “I really can’t say. What you feel or think today might not be the same a couple of years down the road. It’s not fair to force us to give a definite answer today. You don’t want people to start coming up with wrong notions. Let’s first see what Madame Auring (a popular fortune teller) has to say about this,” Romnick quipped.