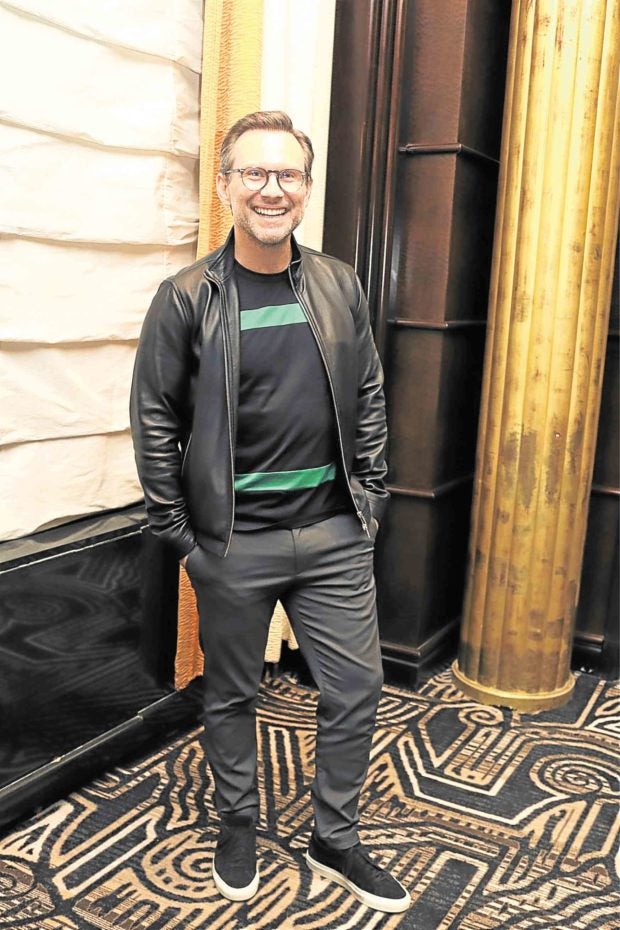 LOS ANGELES—Asked about the ending of “Mr. Robot” and how a lot of pressure is put on a series like “Game of Thrones” to end on a high note, Christian Slater mischievously put his Starbucks cup on the table.

It was, of course, his joking reference to the errant Starbucks cup in a scene in the final season of “Game of Thrones.”

“Let me put my Starbucks cup on the table,” he said with a laugh at the Essex House in New York. “There you go. Yeah, really. Well done!”

“I’m definitely satisfied,” Christian declared about the fourth and final season of “Mr. Robot,” in which he plays the titular insurrectionary anarchist. He won a 2016 Golden Globe best supporting actor in a series, limited series or TV movie for his performance in the show by creator, showrunner and director Sam Esmail.

“Sam isn’t interested in sticking around longer or finding excuses to weave in another season. He knows the exact story that he wants to tell,” Christian said. “He’s getting the opportunity to do it, and there’s just no question in my mind that it’s going to be rich, emotional, surprising, painful.”

On whether the fans of the show, which costars Rami Malek as Elliot Alderson, will be happy with this final season, Christian replied, “I think so. I think there will be moments when they are confused, surprised and shocked.

“But for this one in particular, it’s probably the greatest challenge and the largest hurdle that I’ve had to overcome.”

Christian laughingly admitted that he reacted with “fury” when Sam informed him that it will be the last season of “Mr. Robot.”

“I love the character, so I was thinking, I could do this for years! I would be very happy,” he stressed.

“This season definitely brings a lot more clarity to the questions that people have had as we’ve gone along.

“Sam has always taken the show in so many different directions. He’s asked me to do things with this character that I’m like, ‘Ahh, come on! Do I really have to do that? It seems so mean (laughs).’

“You know, like pushing him (Elliot) off at Coney Island. But then, he would always give me the overall picture and give me the explanation of these things. So that’s one of the things I’m also grateful for—how Sam has been so communicative. I feel like he’s been more of a partner and a collaborator as we’ve all developed this story and worked together.”

As for the legacy of the show, Christian answered, “As far as what this show has brought into the world, it’s been helpful in raising people’s awareness of the dangers.

“So, it’s been an interesting challenge, while all this insanity is going on all around us, to do a show that’s all about insanity and chaos going around us. But Sam has found a nice way to weave the two together.” 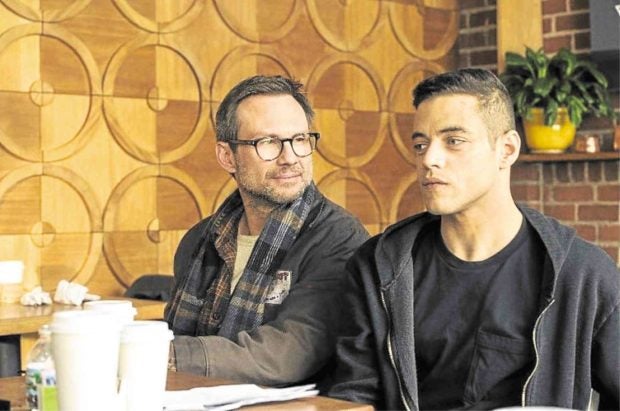 On the dynamics between Mr. Robot and Elliot, Christian said, “At the ending of Season 3, Mr. Robot humbles himself to a certain degree and is  much more interested in working together. I think it was Season 3 where Elliot and I were  separated. I was doing my thing, and he was doing his thing.

“Season 4 just picks up from there, where we actually are working together a lot more. We’re a little more back to what it was like, I guess, to a certain degree in Season 1, and new aspects of our relationship are revealed. The reason for Mr. Robot’s existence is addressed.

“So, all of those aspects do get communicated and are written beautifully. Everybody is so passionate about it and certainly wants to make this last season the best, as much as we possibly can. I feel like Sam has certainly delivered and we’re all just trying to rise to the occasion.”

Christian also shared details on the final season’s period—the 2015 Christmas holidays. “Christmas, oh boy, it’s hard because doing this show, certainly Mr. Robot’s attitude is that it’s all a corporate nightmare,” he said, chuckling. “I can’t remember exactly when we started, but it was freezing cold. It was fantastic.

“It’s been remarkable,” he described his experience with “Mr. Robot.” “I’m certainly grateful that I’m working on a show that I couldn’t be more proud of. I’m glad that it’s been received the way that it has.”

In the last awards season, his two costars figured prominently. In “The Wife,” he played Nathaniel Bone, a wannabe biographer opposite Jonathan Pryce and Glenn Close, who won several best actress honors in the title role. And of course, Rami, his “Mr. Robot” costar and friend, swept the best actor awards as Freddie Mercury in “Bohemian Rhapsody.”

“I went and shot this little movie (‘The Wife’) with Glenn Close,” he recounted. “I was there maybe three weeks in Glasgow and thought, alright, this is a nice role and I’m enjoying myself. And it’s certainly great to work with actors of their caliber. So that was exciting and challenging.

“I was just so thrilled for her, and then to have two people (Glenn and Rami) that I’m so close with go through this journey and get to be a part of that to a certain degree with them, was extraordinary.

“He had absorbed himself so much into that character that Rami was gone! He was Freddie Mercury. I was just blown away with that. I loved it. I was just impressed.”

By coincidence, Rami is now working as the villain in the latest James Bond movie, which goes by the working title, “Bond 25.” Christian is a big fan of 007 films, especially “Skyfall.” And he worked with Sean Connery, the most iconic Bond of them all, in “The Name of the Rose.”

Grinning, he revealed his “Skyfall” “fixation”: “Every time my wife leaves the apartment to go to the gym, and I’m home by myself, I turn on ‘Skyfall.’ I do. It’s weird. I don’t know how many times I’ve seen the movie.”

Teased that he might get the chance to make a cameo in the untitled movie with Daniel Craig back as 007, Christian laughed as he quipped, “Hey! Yes, if I play my cards right (laughs). That would be great.”

On celebrating a milestone in August—he turns 50—Christian remarked, “I do say it a lot on set, I am saying, ‘I’m 50 this year. I can’t believe it!’

“I’ve been in this business so long, which I love, but it makes me think of when I was a kid and how I looked at the people I was working with who were 50. Like Sean Connery. When I worked with him, I was so excited, nervous and thrilled. I think about how cool and gracious he was with me, dealing with 15-, 16-year-old kid.

“So now, it’s just funny to feel like I’m in that position a little bit. That I’m in that place where it’s really important to be a professional, like he was.”

Read Next
Romnick not in a rush but admits he’s now ‘getting to know someone’
EDITORS' PICK
Huawei’s relentless mission to bring ultimate health and wellness tracking for your fitness goals
4 essentials for overcoming data protection challenges in the New Normal
Enough grounds to deport Yang but he should still face PH courts — Gordon
Promdi backing strengthens Pacquiao’s bid for presidency
Smart reaffirms 5G leadership as PH’s most reliable 5G mobile operator
Majority of Filipinos say Duterte VP bid violates Constitution
MOST READ
Man drinks 1.5 liters of Coca-Cola in 10 minutes, dies
Majority of Filipinos say Duterte VP bid violates Constitution
How can face shields, which are made of plastic, expire? – Duterte
Duterte questions choice of controversial contractor for new Senate building
Don't miss out on the latest news and information.