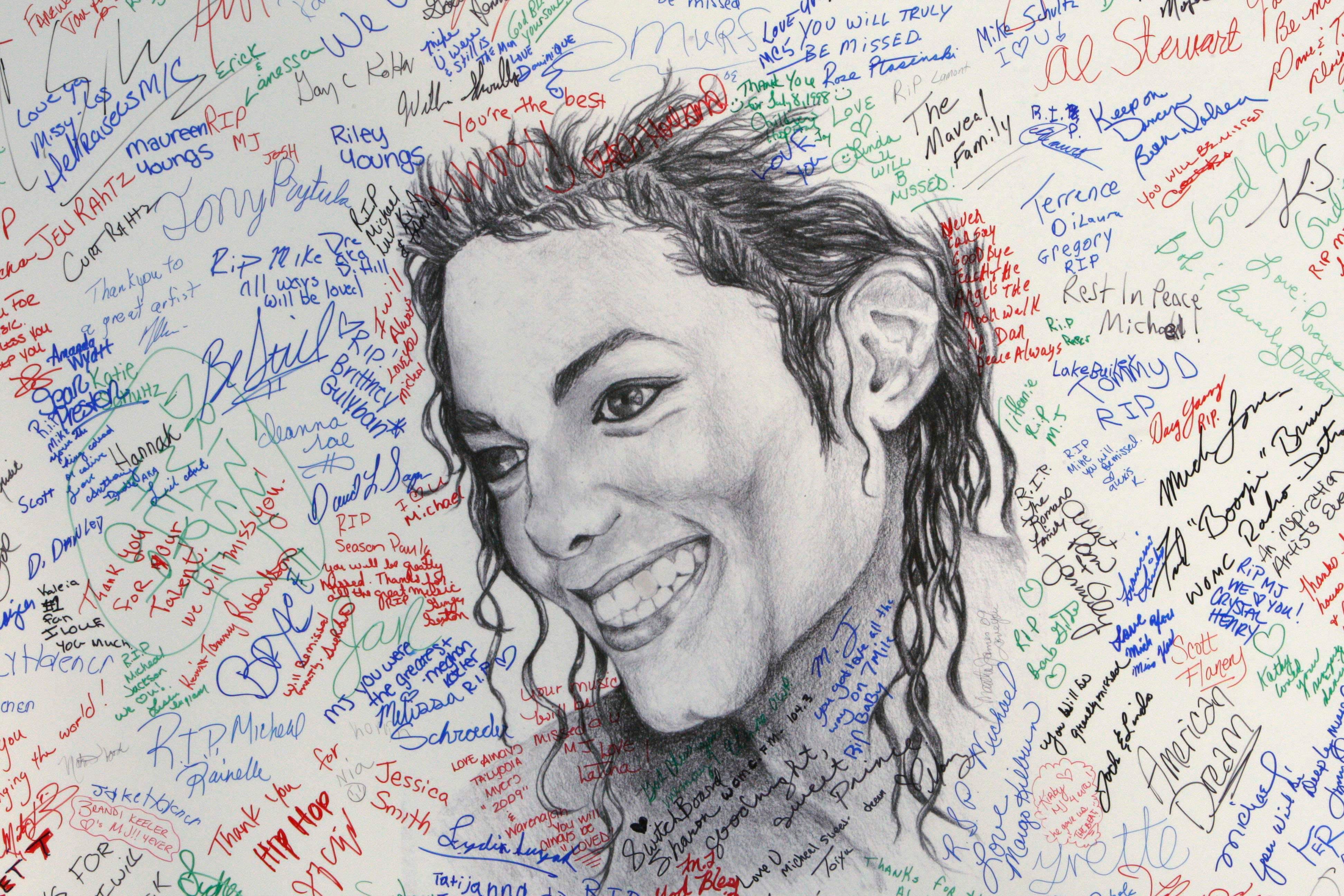 Michael Jackson’s estate paid tribute to his artistry and charity on Tuesday, June 25, as fans make final preparations for gatherings to celebrate his memory on the 10th anniversary of the King of Pop’s death.

“Ten years ago today, the world lost a gifted artist and extraordinary humanitarian,” the Jackson estate said in a statement to the Associated Press. “A decade later, Michael Jackson is still with us, his influence embedded in dance, fashion, art and music of the moment. He is more important than ever.”

The estate called on fans to honor Jackson’s memory by engaging in charitable acts “whether it is planting a tree, volunteering at a shelter, cleaning up a public space or helping someone who is lost find their way … this is how we honor Michael,” the statement read.

Fans plan to gather at Jackson’s last home in the Holmby Hills neighborhood of Los Angeles, where the singer received a fatal dose of the anesthetic propofol on the afternoon of June 25, 2009. He was declared dead at a hospital at age 50. 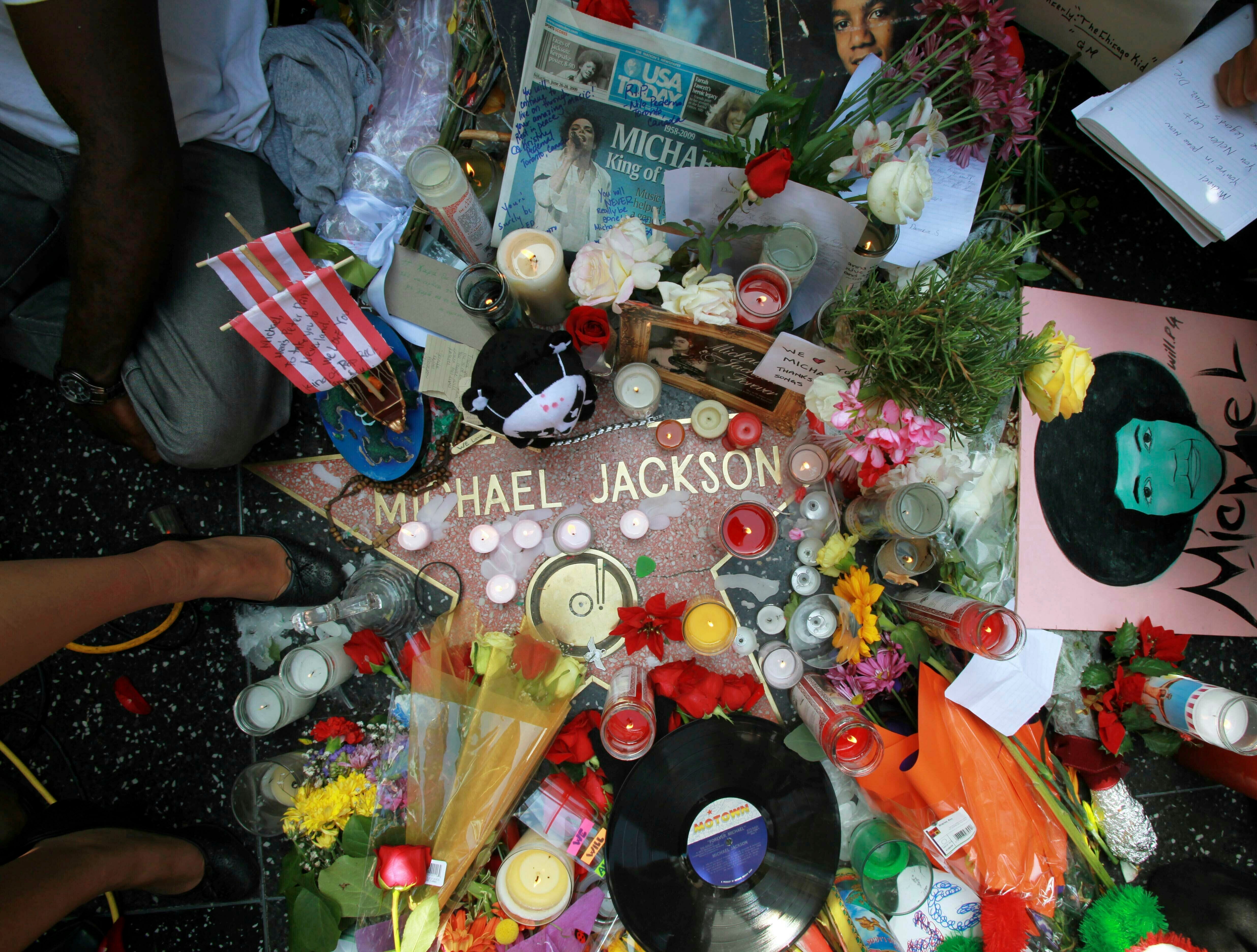 A sidewalk shrine of mementos, flowers and candles adorning the star of Michael Jackson on the Hollywood Walk of Fame in Los Angeles. Image: AP/Reed Saxon

They also plan a vigil at Forest Lawn Memorial Park in Glendale, California, where Jackson was laid to rest two months later.

Some planned to gather around Jackson’s star on the Hollywood Walk of Fame.

The anniversary comes a few months after the HBO documentary “Leaving Neverland” brought back child molestation allegations against Jackson and threatened to upend an image that had been largely rehabilitated since his death. Jackson’s estate and his family have vehemently denied the stories told by two men in the documentary.

One group of fans planned a Hollywood rally Tuesday, June 25, to declare his innocence. He was acquitted of the sexual abuse of a different boy in a 2005 trial. 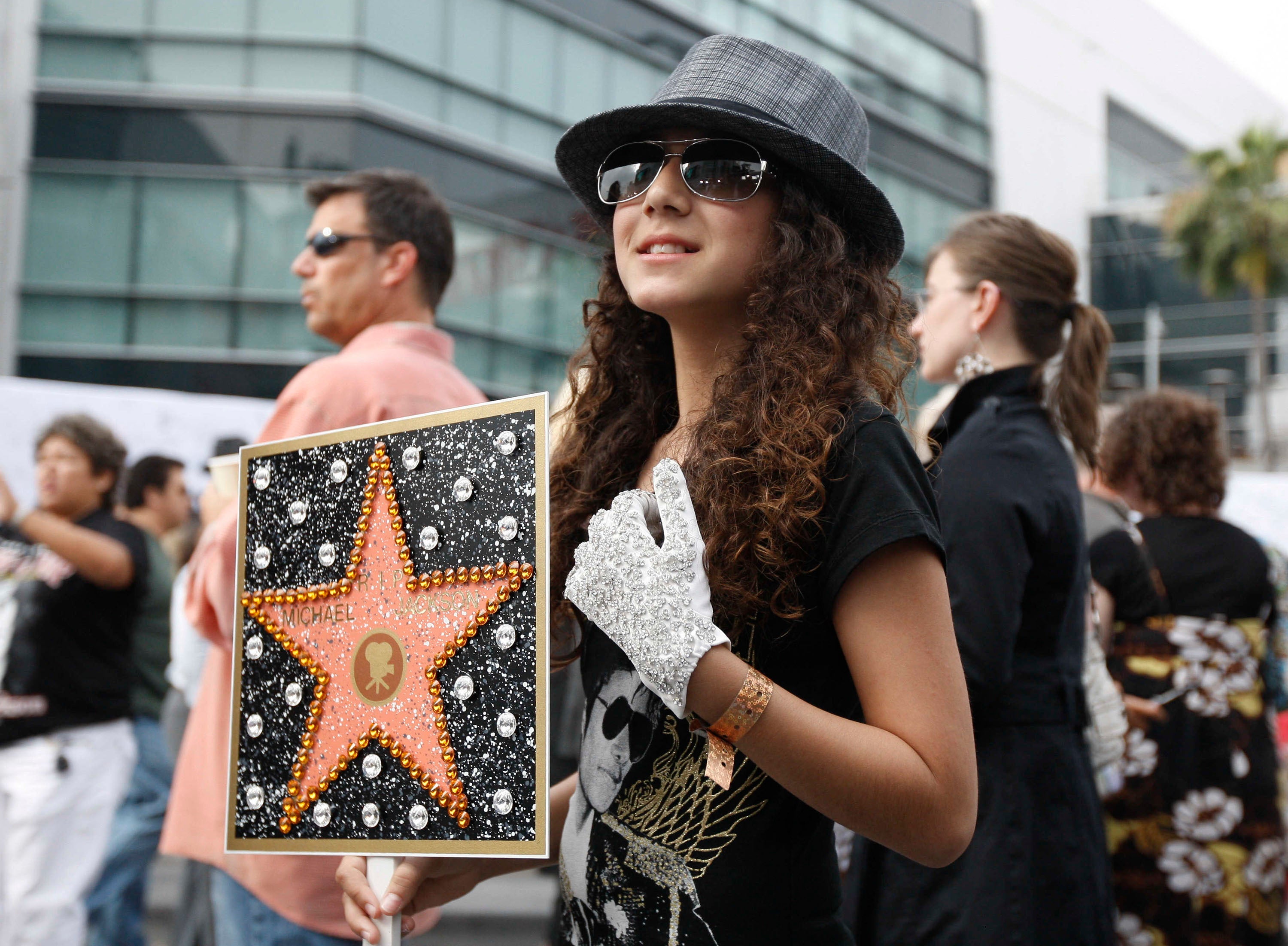 A fan arrives at the memorial service for Michael Jackson in Los Angeles. Image: AP/Matt Sayles

Co-executors John Branca and John McClain, both major figures in Jackson’s career when he was alive, have taken his badly debt-ridden estate and grossed over $1.3 billion through various Jackson-related projects in the past decade, including the film “This Is It”, a pair of Cirque du Soleil shows and the sale of Jackson assets that included The Beatles catalog.

Jackson left everything to his mother, his children and charity in his will.

The death of Jackson was a massive cultural phenomenon, bringing an outpouring of public affection and revival of his songs and largely erasing the taint that remained after his criminal trial, despite his acquittal.

It was one of the earliest instances of the mass mourning on social media that would soon become common, and a massive worldwide audience both TV and online watched his July 27, 2009 public memorial that included touching tributes from family members including daughter Paris and performances from Stevie Wonder, Mariah Carey and Lionel Richie. HM/JB