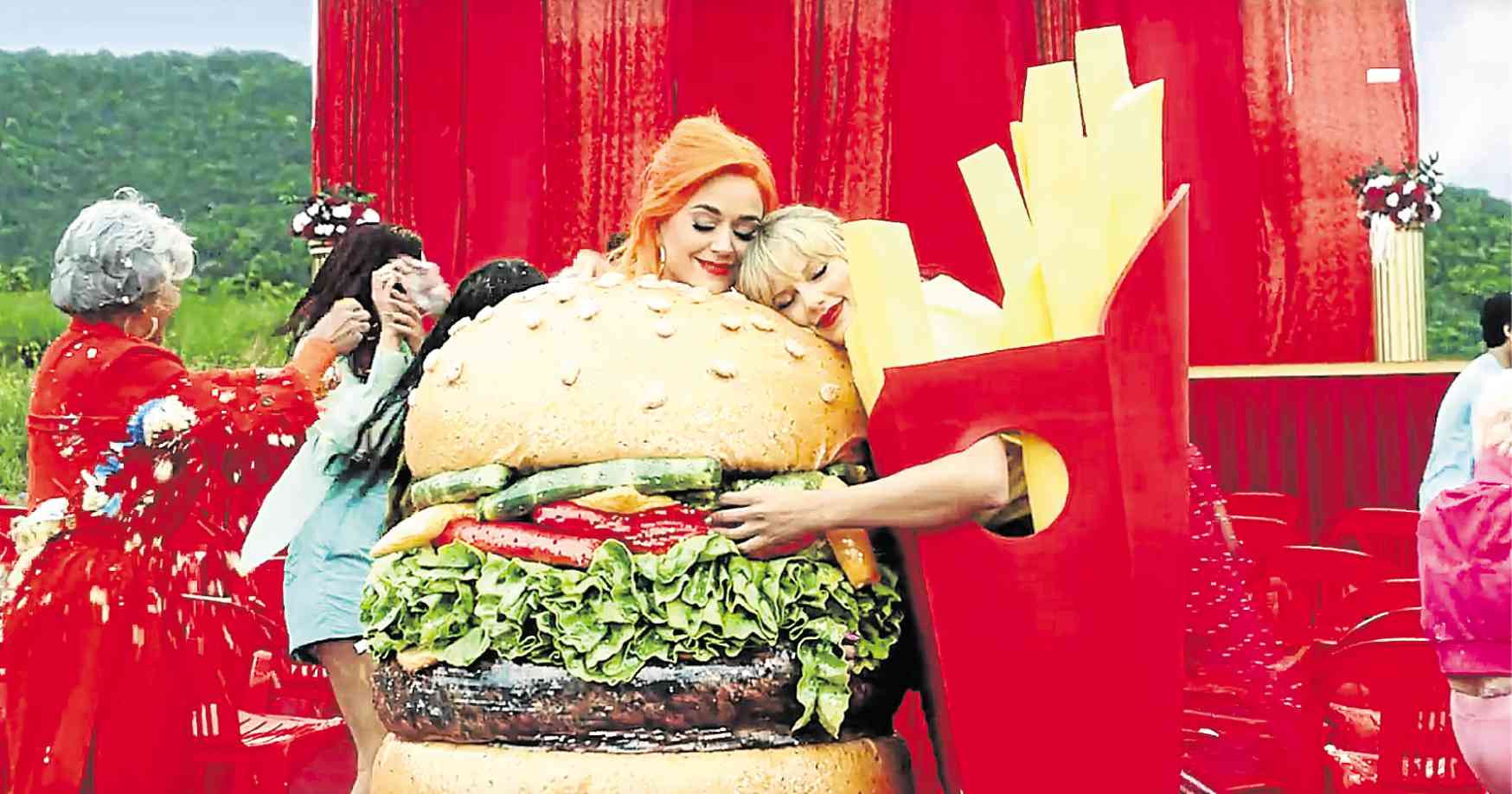 If “Me” left you a little underwhelmed with its appealing but derivative sound, Taylor Swift’s latest single “You Need to Calm Down” will win you over with a tune that makes wise use of its catchy vibe to break new thematic ground.

It doesn’t take long before you realize the substance lurking under “You Need to Calm Down’s” sugar-and-spice froth.

This time, it’s a call to arms for people to fight back against cyberbullying and a rallying cry in support of LGBTQ rights and tolerance.

Taylor even sets aside her spiteful revelations against former exes who chose to skip the romantic ride into the sunset with her.

While the song allows the songstress to lash out at her detractors, with lines like, “You’re somebody that I don’t know/ But you’re taking shots at me like it’s  Patrón/ And I’m like, “Hey, are you OK?”), the 29-year-old pop superstar also uses her music as a platform to take up the cudgels on behalf of those who can’t fight back: I ain’t tryin’ to mess with your self-expression/ But I’ve learned a lesson that stressin’ and obsessin’ about somebody else is no fun/ And snakes and stones never broke my bones. 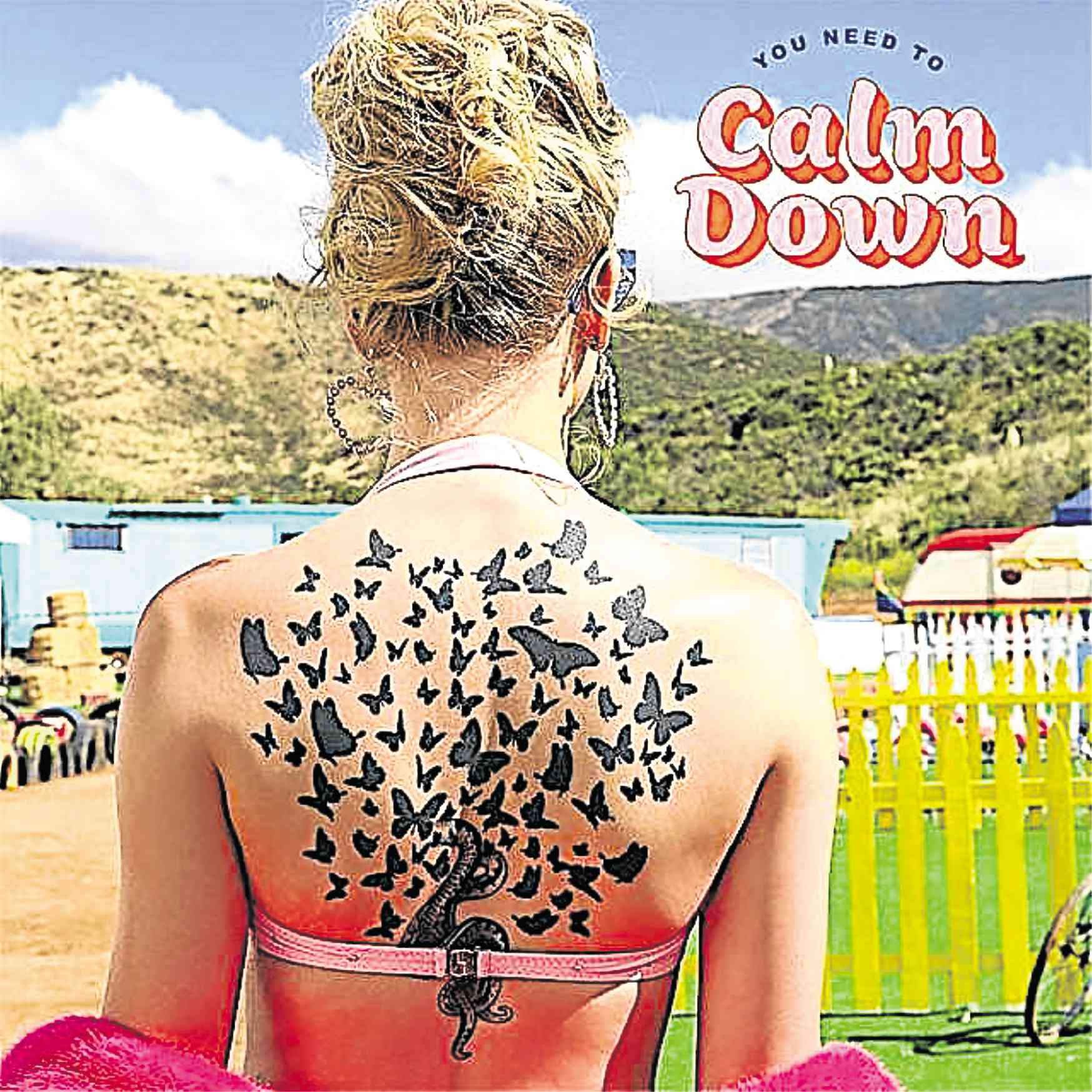 “You Need to Calm Down” album cover

She also has some quotable quip-worthy lyrics intended for bigots and homophobes: Control your urges to scream about all the people you hate/ ’Cause shade never made anybody less gay/ Why are you mad when you could be GLAAD/ (There’s) sunshine on the street/ But you’d rather be in the dark ages!

For netizens who thrive on the tabloid-fodder catfights that result from their snide comments, Taylor says she can see through their nasty motives. She gives as hard as she takes with rousing “belat” moments to drive home a point: We see you over there on the internet/ Comparing all the girls who are killing it/ But we figured you out/ We all know now we all got crowns.

If you think her message of unity and compromise is just for show, you’ll realize how serious Taylor’s conciliatory intentions are when you get to the last part of the video. Her special guest star? Erswhile “nemesis” Katy Perry. 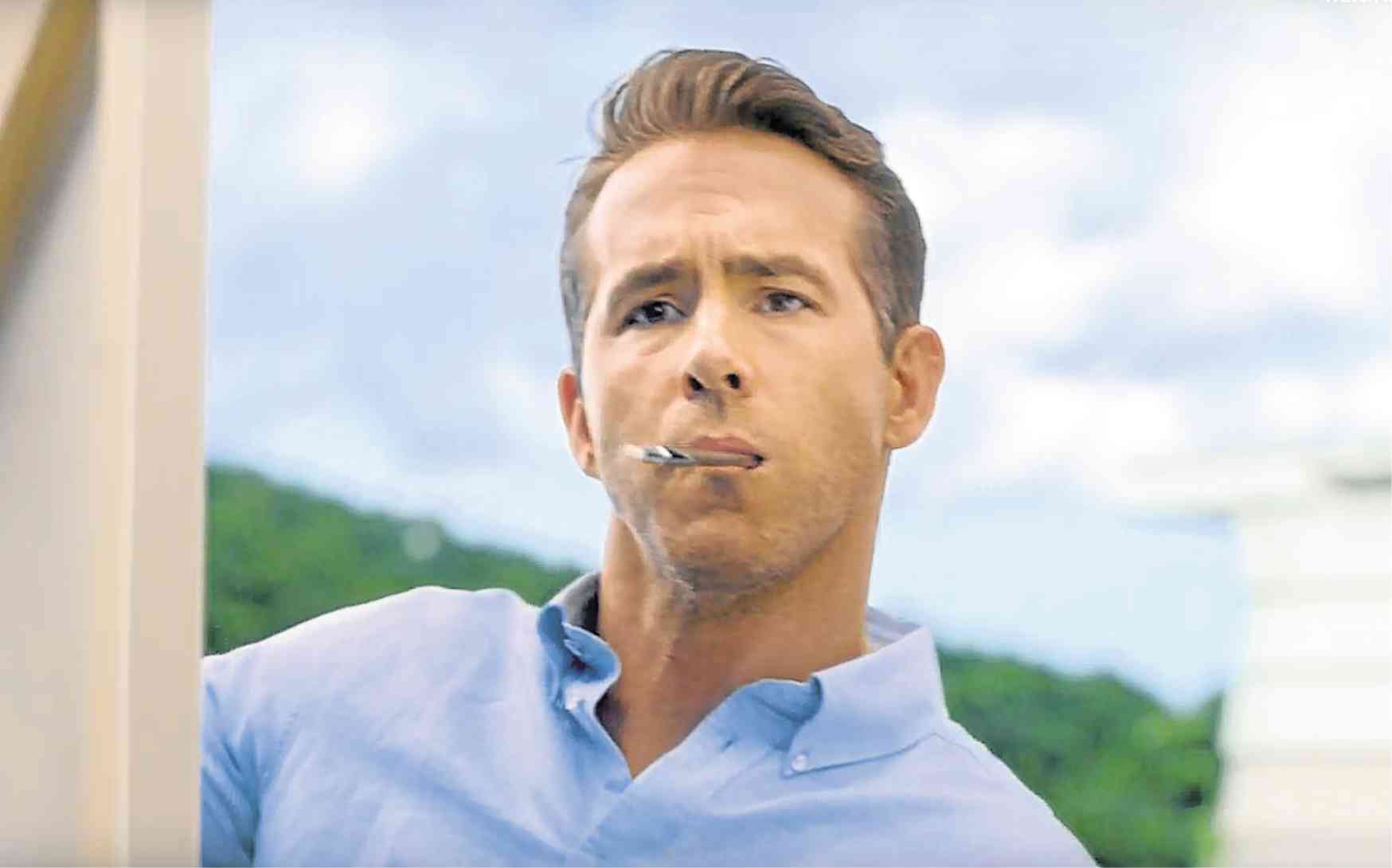 The heartwarming segment shows Taylor, dressed as a packet of French fries, trading hugs and conciliatory smiles with the lovely Katy Perry, who’s dressed as a juicy hamburger!

Seeing the two pop queens together is a treat and a moving sight to behold, that’s for sure.

The “bad blood”—pun very much intended—between Taylor and Katy started in 2014, when the pair began duking it out in the tabloids, on social media and in their songs as they fought bitterly over their backup dancers. But they have since decided to bury the hatchet.

As Taylor explains to People magazine, “Katy sent me a nice note and an actual olive branch when my Reputation Stadium Tour started. “From that point on, we’ve been on good terms. We saw each other at a party—walked up to each other, hugged it out and talked about things. Then, we saw each other again and hung out at another party.

“It was like something felt so much lighter about my life when things became good between us. She and I have been fine for a while, but we wanted to make sure that [everything] was solid between us before we made the public aware of it.”

As the music video of “You Need to Calm Down” deftly demonstrates, action speaks louder than words.

Read Next
Why Tom Rodriguez wants to play a drag queen
EDITORS' PICK
‘A greener, cleaner tomorrow’: A how-to guide for Filipinos who want to help with today’s energy crisis
SM continues to send relief assistance to remote towns in Batangas
Get exciting deals and discounts when you download the new McDonald’s App
Bato to reapply for US visa if Duterte wants him to join US-Asean summit
US Navy helicopter crashes in PH sea; 5 crew members rescued
Batangas execs, Taal evacuees thank House; hopeful on rehab efforts
MOST READ
Taal’s sulfur dioxide emission increases
No time for revelry; Tagaytay instead plans for alert level 5
Seized food items from China tested positive for ASF–BOC
US Navy helicopter crashes in PH sea; 5 crew members rescued
Don't miss out on the latest news and information.