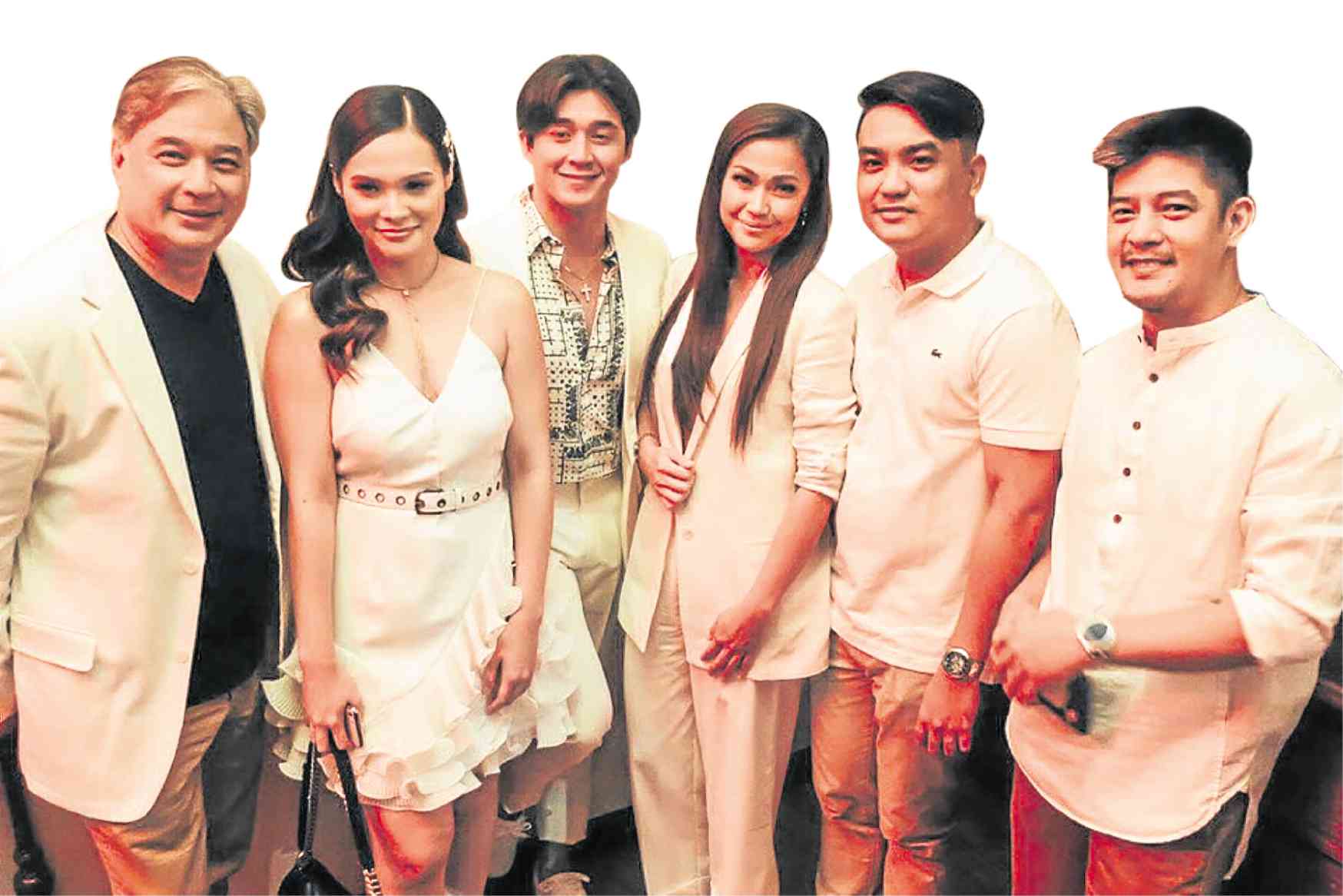 Portraying the character Clarita had been so difficult for Jodi Sta. Maria that this made her doubt her ability as an actress, confessed director Derick Cabrido.

“She was crying when she approached me while we were doing one scene. She said she doesn’t think she would be able to finish it,” Cabrido recalled. “I looked at her for a few seconds and said, ‘OK, this is what you have to do.’ I admit, the character is truly demanding, both physically and emotionally. I said if you get this, everything else will be a breeze for you.”

The film is based on the true story of Clarita Villanueva, who was suspected of being a victim of demonic possession in 1953. Performing exorcism on her becomes a true test of faith for priests Salvador and Benedicto, after learning that a group of doctors were also killed by supernatural forces.

Cabrido said, “As long as I know it would not harm her, I would ask her to do her own stunts. If you see her hanging upside down, that’s really Jodi. When she was doing a scene where she was being hung two floors high, I said, ‘Laban lang. Kaya pa ’yan!’ I only requested for a stunt double for those that I felt were already too dangerous for someone who is unskilled as her.”

The director added: “In terms of her being an artist, I have nothing but high praises for Jodi. She is the type of actor who already knows what to do when she arrives on the set. I didn’t have to teach her anything. While she would sometimes consult me on a certain acting approach, the rest is really her. I can only guide her.”

Aside from doing her own stunts, Sta. Maria also had to learn some sentences in German, French and Latin.

Completing the cast had been a long process, said Cabrido. It required waiting for a couple of months for Sta. Maria to fully commit to the project because, at the time it was offered to her, she was busy taping for a TV series.

“We waited after having the initial talks with Mader Biboy (Arboleda, Sta. Maria’s talent manager). This was between August and September of last year. This worked to our favor because we still had several things to iron out during preproduction,” Cabrido explained.

The director said he was happy to cast his top choices. The film also features Ricky Davao, Romnick Sarmenta, Arron Villaflor and Alyssa Muhlach. The film has been screening in cinemas nationwide since June 12.

Cabrido said he stumbled upon the story of Clarita while he was still working for the news and public affairs show “Kapuso Mo, Jessica Soho” on GMA 7. “I was looking at newspaper clippings when a 1950s story on Clarita caught my attention. I was amazed at how a story such as hers had caught the attention of newspapers, both foreign and local. Clarita made it to their front pages,” he recalled.

When he started making his research, Cabrido said he realized how big a deal Clarita had been at the time. “Representatives from various Catholic and Christian groups had been sent to look into the case and try to heal her,” he explained, adding that the news about Clarita died down only when it was eclipsed by the coronation of the queen of United Kingdom, Elizabeth II.

Transforming the documentary into a full-length film required the help of colleague, writer-director Cenon Palomares. Together, they gathered material and spoke to priests who actually perform exorcism under the guidance of the Catholic Bishops’ Conference of the Philippines.

They secured transcripts of Clarita’s exorcism, Cabrido said. “We listened to actual recordings, but decided not to use them because they were too personal, and we failed to get the permission of the Church, the priests and the victim. But we based everything there.”