Jodi Sta. Maria on self-worth: ‘Our value is not defined by those around us’ 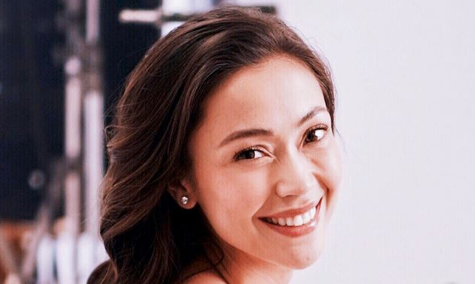 Gonzalez was curious about how Sta. Maria deals with feeling unvalued despite doing her best, a problem that many have perhaps been confronted with at one point or another.

Sta. Maria, who is on her final semester in college as a psychology student, told Gonzalez that there is a difference between what one feels and how things actually are.

“I think we have to take note kasi when you don’t feel valued, that does not necessarily mean that you are not valued, so there’s a difference,” Sta. Maria said. “Sometimes kasi syempre yung in-e-expect natin kung paano yung ibang tao na dapat i-value tayo, mameet yun, and sometimes when our expectations are not met, duon nangyayari yung disappointment and then we feel we are not valued.”

(Sometimes, of course, we want our expectations on how others should value us to be met and sometimes when our expectations are not met, we feel disappointed and then we feel we are not valued.)

This often leaves one feeling demotivated and stuck, she said, which is why it is important to understand that one’s value is not defined by the people around them.

“Our value is not defined by those around us, your value comes from Him up there… sometimes even if hindi ka na-va-value ng tao sa paligid mo, but you understand na sobrang valued naman ako sa mata ni God, parang it changes everything talaga (sometimes even if you feel you are not valued by those around you, but understand that you are so valued by God, everything changes),” she said.

Sta. Maria admitted there were times in the past when she felt unappreciated and became needy to the people around her when it came to her self-validation.

(There was a point when you would feel needy among the people around you, wanting to feel complete, you needed their validation and appreciation. And then when they didn’t meet your expectations, you felt as if you were lacking. You felt so empty.)

She likened the experience to a beggar with an empty cup who goes around asking people to fill her cup, only to be unsuccessful each and every time because it never gets filled.

“If my value will depend on other people, sabi ko hindi matitigil tong nararamdaman ko and lagi kong sasabihin na, ‘Bakit ganito? Why am I not enough?’ and then sunod sunod na yan,” she added. “You tend to overwork, overthink, performance-based yung gagawin mong mga bagay, parang pabibo ka para ma-appreciate ka nila and then nakakapagod naman. Mauubos at mauubos ka.”

(If my value will depend on other people, I told myself these feelings of inadequacy will never stop and I will always ask myself, ‘Why is it like this? Why am I not enough?’ and similar feelings come in succession. You tend to overwork, overthink, the things you do will be performance-based, you’ll try hard to show off to be appreciated, but then it becomes tiring. You will just keep exhausting yourself.)

The video of Sta. Maria and Gonzalez may be viewed below.  /ra