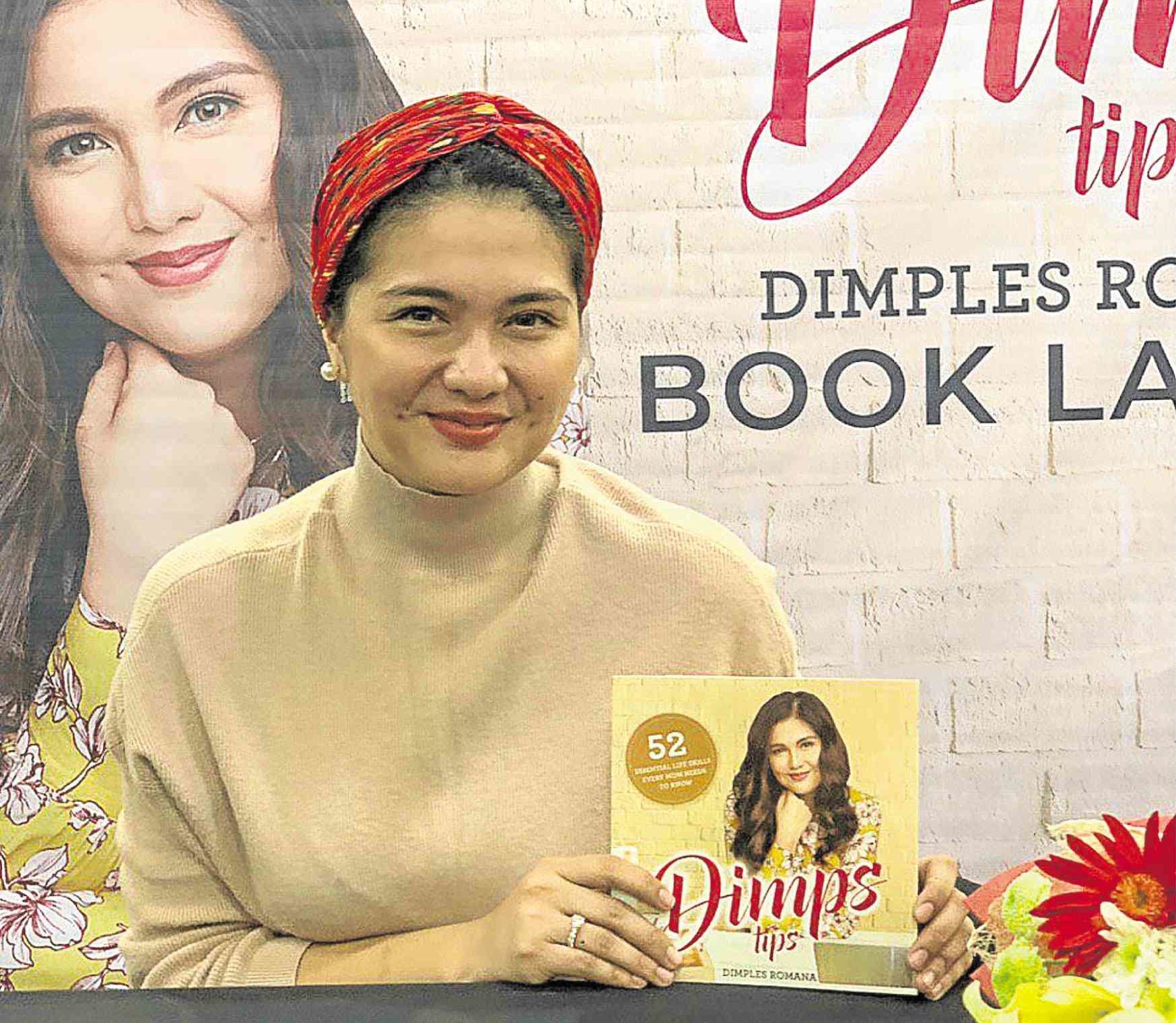 “As much as I want to write the words down on paper, my mind is so talkative that my hands aren’t able to keep up,” said actress Dimples Romana as she explained the unconventional way she wrote her book “Dimps Tips,” which ABS-CBN Publishing launched recently.

Dimples said she would type the contents on her phone and would simply send the text to her editor through the instant messaging app Viber. “I would send Sir Alex (Cruz, her editor) stuff, then his team would curate. I proofread everything later on. He also helped me with other topics,” said Dimples, a mom of two, and a cast member of the series “Kadenang Ginto” at the time she wrote the book.

Interestingly, Dimples said she got a useful tip from actress Liza Soberano, her costar in the now-defunct series “Bagani,” on what topics potential readers would want to see in the book.

“She told me, ‘Ate, just share with them how you balance work and family life because that’s so hard to do.’ Liza is right,” she told the Inquirer.

The mom of teenager Callie and toddler Alonzo also pointed out: “This ability is something that can be treasured, especially in times when you are overwhelmed with all the information you’re getting from different platforms. I’ve already learned how to manage things by simply taking in only what I need. I can’t absorb everything, or else I’d lose my true identity in the process.”

Dimples said her personal goal has always been “to look at myself in the mirror and still like what I’m seeing, even during times when I fail at something. Being at peace with myself is important to me. It’s the whole idea of the book.”

She described the book’s personality as “half-Babaylan” (her character in “Bagani”) and “half-Daniela” (“Kadenang Ginto”).

“This means that the book is fun and light-hearted, and at the same time fierce and focused. All the good qualities of those characters are present. Let’s face it, these characters are also me,” she pointed out.

Dimples also said the book “thrives on giving tips on how to be at peace with yourself, as well as being able to share what you have within you.” It contains 20 recipes, a few time management and financial tips, as well as beauty advice, and how to be around “everybody, and still get to share a little part of me [with] everyone I love.”