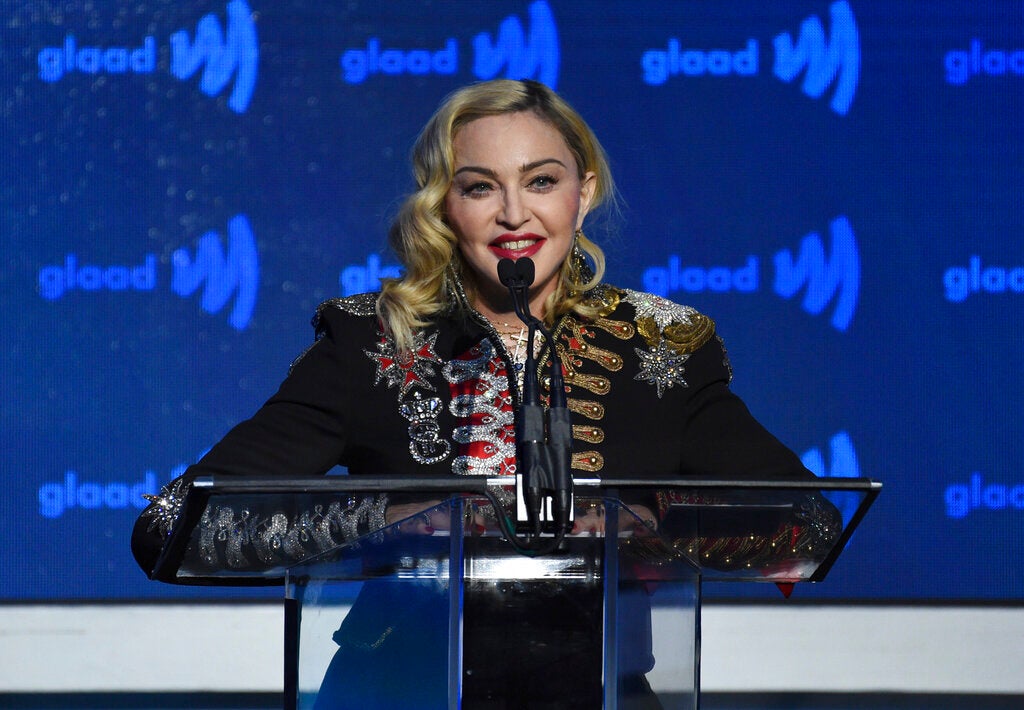 These days Madonna is wearing an eyepatch for dubious reasons. But it’s her ears that seem to have failed her.

The shape-shifting Queen of Pop has missed badly with “Madame X,” a needy, trying-too-hard mess of an album that sounds like Madonna threw up on Madonna. Even she admits: “It’s a weird kind of energy.”

She used to thrill with endless new looks and an edge to her pop, but that was decades ago. Now she’s like that daffy aunt who shows up at the holiday party inappropriately dressed, slightly high and offering to buy beer for the teenagers.

The 13-track “Madame X,” Madge’s first LP since the underappreciated 2015’s “Rebel Heart,” sees her predictably collaborate with the hot young things of pop — Quavo, Swae Lee, Maluma, Anitta — with results that are fine, but boring. It seems more like a checklist than the spark of partnership.

In “Madame X,” she sings — too often computer-altered — in Portuguese, Spanish and English, covering all bases. There’s reggaeton, Latin pop, trap, disco, African drumming, dancehall and gospel choirs. There’s a restless churning even in the same song and — with Pablo Picasso and Jean-Paul Sartre referenced — a whiff of pseudo-intellectualism.

Why “Madame X”? She has told us: “Madame X is a dancer. A professor. A head of state. A housekeeper. An equestrian. A prisoner. A student. A mother. A child. A teacher. A nun. A singer. A saint. A whore. A spy in the house of love. I’m Madame X.”

In other words, everything and nothing. JUST WANT ME, she seems to ask. Perhaps she’s too exhausted to even construct a new coherent persona. She leaves it up to us. And leaves behind a sonic jigsaw puzzle that even recycles from her past, referencing saying “a little prayer” several times.

Even her hammy attempt to push the boundaries in “Dark Ballet” — a return to her Joan of Arc obsession — starts promising enough but drifts into a computer-altered pile of jumbled, pointless slogans that eventually dissolves into Tchaikovsky.

Madonna has plenty to say but none of it is very coherent. She seems to be referencing Trump when she sings “Get that old man/put him in a jail/where he can’t stop us” on “Batuka,” but it’s never clear. Yet when it comes to the cloying “Killers Who Are Partying,” she’s overly blunt: “I’ll be Islam/If Islam is hated,” she sings with a faux British accent. “I will be a child/If the children are exploited.”

She even steps on herself, needlessly. One of the album’s best song is the last, “I Rise,” which she has said is about gay and marginalized people. But she samples a speech from Parkland School shooting survivor Emma Gonzalez. So is it really about gun control? Madonna can’t even get that message straight. (And, Madge, if you’re so anti-gun, you might want to skip using gunshots as a “wake up call” in “God Control”).

Madonna here is sticking with the same gimmick that made her a mega-star: borrow cool stuff from others — voguing, Marlene Dietrich, Latin music, EDM — and adopt it as her own. But these aren’t good days for Madonna. We are hungry for authenticity and she’s hiding behind a bejeweled eye patch.