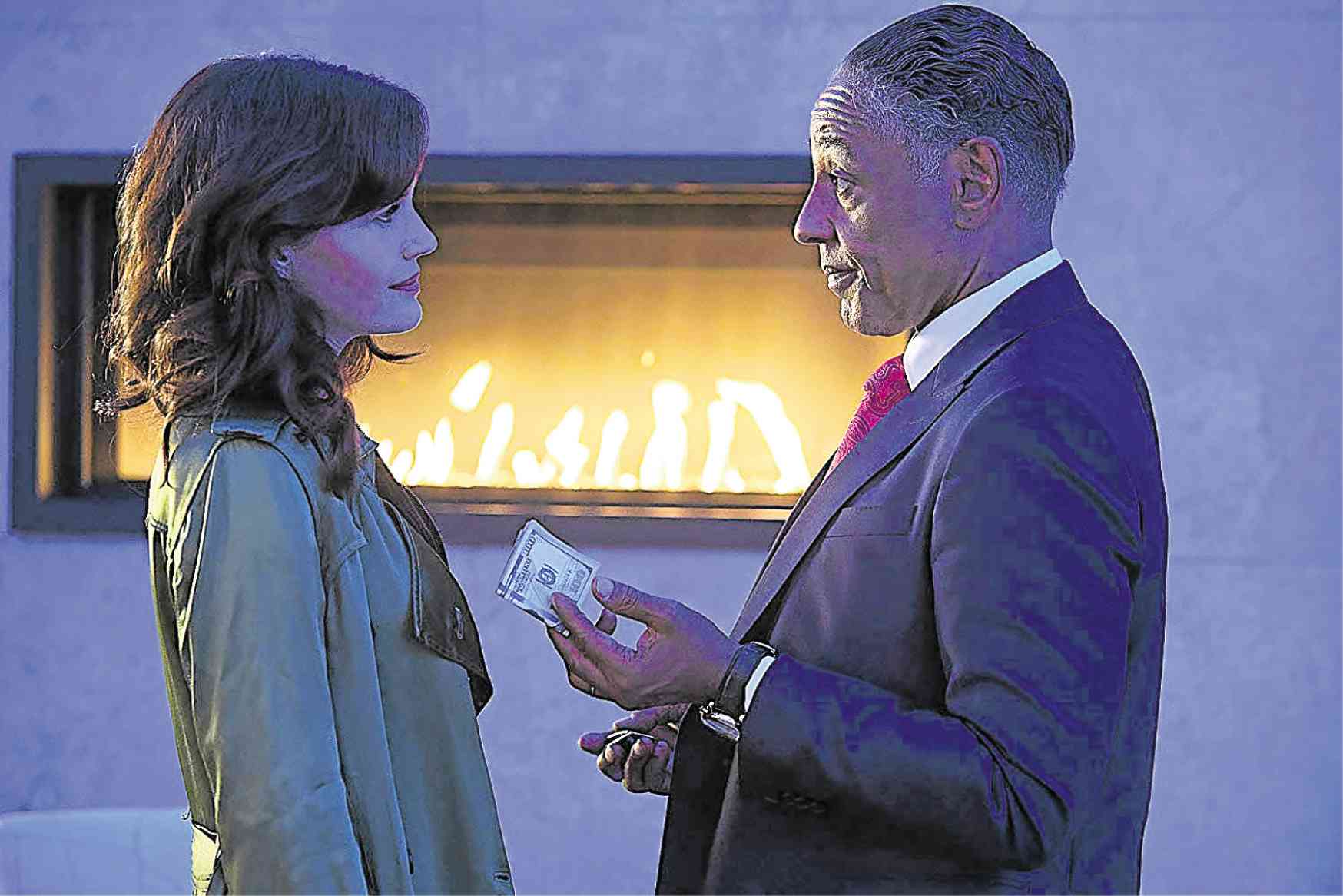 Carla Gugino has always been comfortable playing problematic femmes who don’t need men’s meddling to keep them out of trouble.

She has made quite a dent in film and TV roles similar to the ones she essayed in “American Gangster,” “Watchmen,” “Gerald’s Game” and “The Haunting of Hill House.”

In the action-drama series “Jett,” which launches its nine-episode pilot season on Saturday at 10 a.m. on Cinemax and HBO Go, Carla plays Daisy “Jett” Kowalski, a world-class thief who’s forced back into a life of crime just four months after she gets out of jail for good behavior.

For the sake of her daughter Alice, Jett wants to “stay clean,” making ends meet as a bartender pouring booze in a glass for tips. But it’s hard to stay the course once the initial gung-ho spirit wears off. She often finds herself living by the classic paradox, “The mind says no, but the body says go.”

Things begin to get dicier when Jett is tasked by feared and eccentric mobster Charlie Baudelaire (Giancarlo Esposito) to fly to Cuba and steal a $500,000 ring and replace it with a replica. Its owner: Miljan Bestic (Greg Bryk), an Eastern European crime lord living in Havana.

It’s a life-or-death challenge that only Jett is ballsy enough to take on. 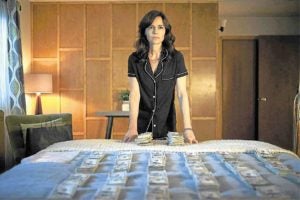 But first things first. She must get Miljan to help her former lover Rufus “Quinn” Quintin (Mustafa Shakir) bolt out of prison. She needs his help and expertise to pull off the deadly feat. Among Quinn’s long list of “criminal” skills is the ability to crack a safe—in less than seven minutes!

But the situation takes a gruesome turn just as Jett and Quinn wrap things up in Cuba.

In the episodes that follow the proficiently staged pilot episode, Jett finds herself working for both Charlie and Miljan, operating under the watchful eye of Evans (Gil Bellows), the latter’s ambiguous wingman tasked to make Jett toe the line.

The uneven tale plays out like a noirish cops-and-robbers series from the ’80s, with chatty, sometimes less-than-appealing characters dragging the story to a halt. But Jett’s “adventures” eventually manage to keep those distractions at bay.

The series owes its viewability to Carla’s mesmerizing presence. She keeps viewers invested in Jett’s affairs with the help of friends and foes, each as determined as the other to exploit her skills for their own ends.

The show could use some urgency, that’s for sure, but at least it has no shortage of characters who keep viewers watching and guessing.