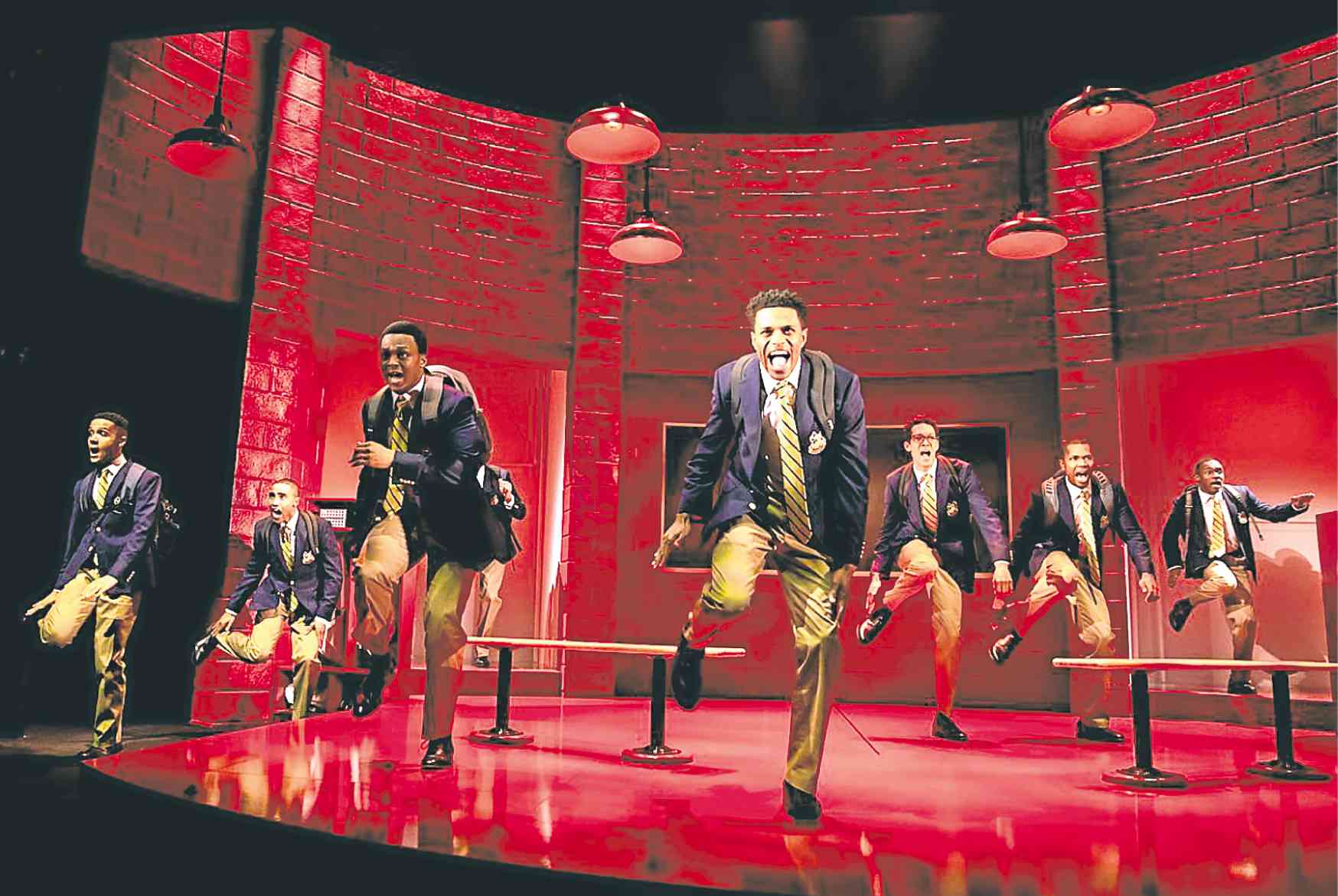 And once again, what theater lovers have long considered our Super Bowl, the Tony Awards took place on Sunday night. It was an evening that celebrated all that is Broadway.

Musicals and plays, both original and the revived, were given ample time on the US television network CBS. Hosted by “The Late Late Show’s” James Corden, himself a Tony winner for his turn in “One Man, Two Guvnors,” there was plenty to smile about, laugh with and cry for.

One of the most fun parts as a viewer was getting to see so many of my friends, either in their seats or onstage performing with their respective companies. There were a few in “Hadestown,” a couple in “Beetlejuice,” more in “Oklahoma,” “Tootsie,” “The Prom” and “The Cher Show.”

I found myself cheering very loudly seeing them all in their glory, doing what they do best. It was also cool seeing these same people out of costume and in their party finery as they headed to the different after-parties that followed the awards show.

It was also fun watching the different presentations themselves. The company of “Ain’t Too Proud” displayed their art coupled with athleticism. The cast of “Beetlejuice,” led by nominee Alex Brightman, sang about “That Whole Being Dead Thing,” taking a swipe at fellow nominee Adam Driver for killing Han Solo (Mr. Driver plays Kylo Ren in the new series of “Star Wars” movies).

It was also incredible to see one of Tony winner Bob Mackie’s creations on fellow winner Stephanie J. Block as she played Cher to perform “Believe” with the rest of her company. And it was wonderful to relive “Wait for Me” from “Hadestown,” watching first-time winner André de Shields step up onstage to perform.

One of my absolute favorites though was the excerpt from nominated play “Choir Boy.” With choreography by nominee Camille A. Brown, the cast performed “Rockin’ Jerusalem” a cappella with amazing step choreography.

It was also fun to see nominee Jeremy Pope go from playing Eddie Kendricks in “Ain’t Too Proud” to playing Pharus in “Choir Boy,” celebrating that rare thing that he’s been able to do: to be nominated on the same night in two separate categories.

The winners’ circle boasted quite a diverse group. Sergio Trujillo, who first came to the United States as an illegal immigrant, had a message for all dreamers: that the American Dream was still alive, and that he was living proof of that.

Ali Stroker became the first actor in a wheelchair to win, taking home the best featured actress in a musical Tony for playing Ado Annie in “Oklahoma.” She dedicated her award to other disabled kids, saying that they were represented.

De Shields won for best featured actor in a musical for playing Hermes in “Hadestown,” giving us his three cardinal rules to longevity: “Surround yourself with people whose eyes light up when they see you coming; slowly is the fastest way to get to where you want to be; and the top of one mountain is the bottom of the next, so keep climbing.”

“There are so many women who are ready to go. There are so many artists of color who are ready to go. And we need to see that racial diversity and gender diversity reflected in our critical establishment, too. This is not a pipeline issue. It is a failure of imagination by a field whose job is to imagine the way the world could be. So, let’s do it.”

The evening is, more than anything, the one night our community has to celebrate. We celebrate some amazing shows and the people who make them happen. Theater is one of the most difficult art forms, with actors immersing themselves in their roles and members of the crew creating the scene eight times a week. It shows appreciation to the audiences who flock to New York to see the shows.

Tribute is paid to the creative forces that make these shows possible, whether it lasts for years or closes a week after opening night. And watching it from halfway around the world makes me appreciate how big of a deal a night like this is, as well as filling me with joy getting to see those who deserve it finally get their due.

To all the nominees and winners, congratulations!