Nominated for Best Director were Lav Diaz, for his outstanding directorial job in “Ang Panahon ng Halimaw,” while veteran thespian Eddie Garcia earned a Best Actor nomination for his role as Manolo in “Hintayan ng Langit.”

It is another notable recognition for Globe Studios, who continue to co-produce outstanding creative film, television and online content.

“Hintayan ng Langit,” helmed by acclaimed writer Juan Miguel Severo (“On the Wings of Love” and “The Hows of Us”) is about a recently deceased Manolo (Eddie Garcia) who got reunited with his ex-girlfriend Lisang, played by another veteran actress, Gina Pareño in, of all places, purgatory. 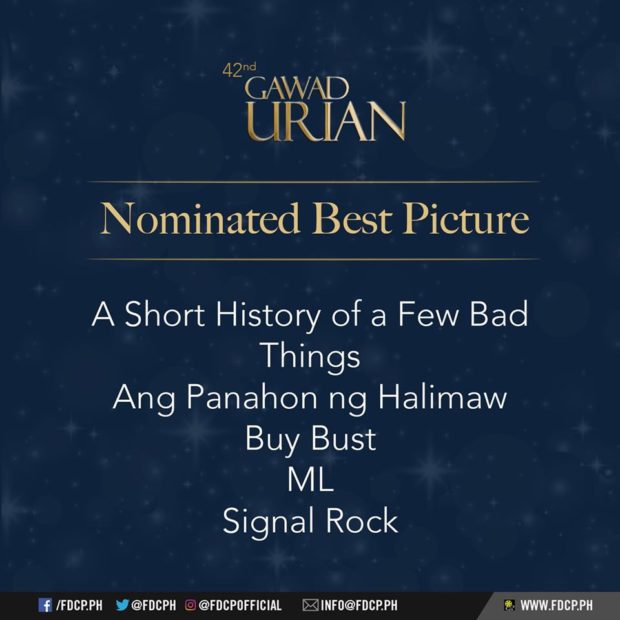