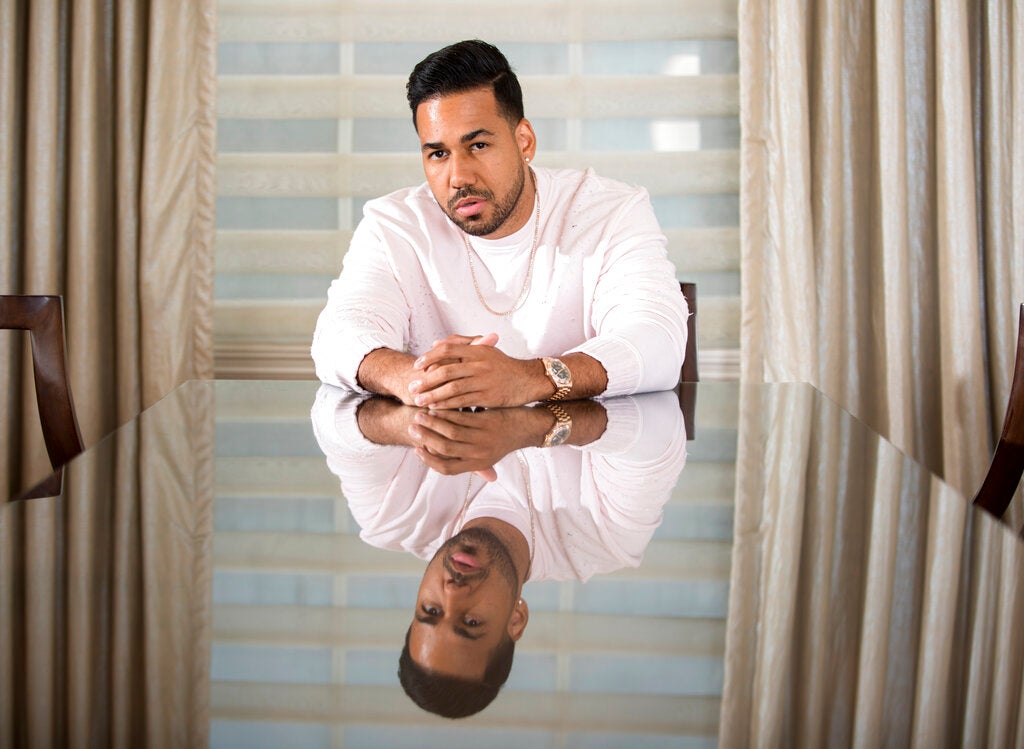 “When you go to a concert, when you go pay money, it has to go beyond just performing the song — anyone can do that,” he said. “It has to be special in many ways.”

His commitment to live performance is probably why he’s been able to sell out Yankee Stadium twice and is now set to become the first Latin act to perform at MetLife Stadium, home to the New York Giants and New York Jets. The King of Bachata will perform his “UTOPIA The Concert” at the East Rutherford, New Jersey, venue on Sept. 21.

“It is a blessing,” the singer of Dominican and Puerto Rican descent, who hails from the Bronx, said in an interview Monday. “I’ve had loyal fans for quite a while now. To be able to even say that I’ve already sold out two nights at Yankee Stadium, multiple nights at Madison Square Garden — it’s truly a blessing. Now it’s a new challenge in my career to do MetLife, so I’m super-excited about that.”

At Santos’ concerts, the venue usually turns into something like a nightclub as fans show up dressed in their best outfits, with groups of women enjoying a girls’ night out or couples dancing closely together on date night.

Santos, 37, said he’s never attended a show at MetLife but has been hard at work preparing for the big show. Only a handful of acts have been able to perform a show at MetLife, which can house more than 80,000 fans. They include Taylor Swift, Beyoncé, BTS and the Rolling Stones, who will perform two shows at the venue in August.

“I’m putting more energy into making sure that I show my fans an evolution, production-wise. I want to make sure people leave that stadium saying this is Romeo’s best show yet,” he said.

Santos, who is the CEO of Roc Nation Latino and has collaborated with Drake and Usher, said he hopes to perform his entire new album, “Utopia,” during the show. The album reunites him with his former bandmates in Aventura, the group that gave Santos his start.

“Anything is possible,” he said when asked if Aventura would perform at the MetLife show. “I never reveal surprises.”

Santos said he was successful at keeping the project a secret.

“I kept telling each and every artist participating, ‘If this gets out, I’m not going to be able to use your record.’ That really helped,” he said. “They understood that this was so important for the culture.” NVG