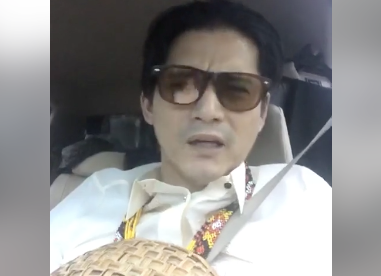 MANILA, Philippines — Action star Robin Padilla has volunteered to help the Department of Agriculture (DA) in its promotions and marketing programs.

“He has volunteered to host a TV show which will also be shown in the social media which will show the benefits and profits of farming and fishing,” DA Secretary Manny Piñol said, as quoted by Padilla in an Instagram post Tuesday.

The show, which has yet to be named, is expected to start this month.

“Robin has also said he will develop a 5-hectare farm he owns in Barangay Nueva Vida, M’lang, North Cotabato into a model farm which will also serve as a rehabiltiation center for former drug dependents,” Piñol added.

In the comment section of his post, Padilla thanked Piñol and his wife actress and TV host Mariel Rodriguez-Padilla.

“Special thanks to DA secretary Manny Piñol for this article and to @marieltpadilla for supporting the mango farmers since then to now literally her whole house smells like mango,” Padilla said.  (Editor: Jonathan P. Vicente)