NEW YORK – The big question at this year’s Tony Awards is whether hell can triumph.

The arty and original “Hadestown,” which takes place in the underworld of Greek mythology, has a leading 14 Tony nominations going into Sunday night’s CBS telecast.

That’s followed by the jukebox musical “Ain’t Too Proud,” built around songs by The Temptations, which received a dozen nominations. 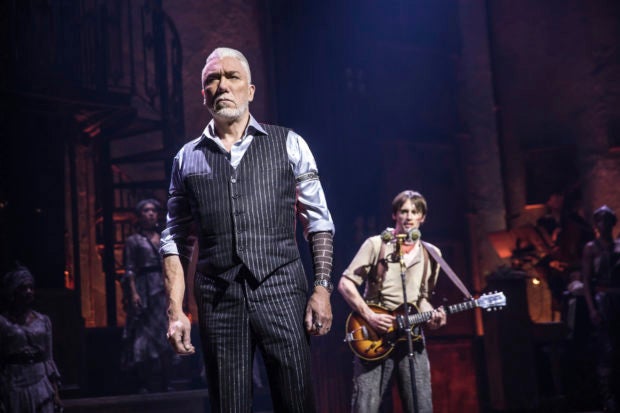 The other best musical nominees are the stage adaptations of the hit movies “Tootsie” and “Beetlejuice,” and the giddy, heartwarming “The Prom.”

James Corden, host of “The Late Late Show With James Corden” and a Tony winner in his own right, will be the host of the 73rd annual Tony Awards, which start at 8 p.m. Sunday at Radio City Musical Hall in New York.

Shirley Jones, 85, was on hand to practice introducing the musical “Oklahoma!” — the same show she starred in on film back in 1955.

Catherine O’Hara was doing the same for “Beetlejuice,” the 1988 film she starred in.

Music stars David Byrne of the Talking Heads and Vanessa Carlton also got up early to attend.

The best-play nominees are the Northern Irish drama “The Ferryman,” from Jez Butterworth; James Graham’s “Ink,” about Rupert Murdoch; Taylor Mac’s Broadway debut, “Gary: A Sequel to Titus Andronicus”; Tarell Alvin McCraney’s “Choir Boy”; and Heidi Schreck’s “What the Constitution Means to Me,” a personal tour of the landmark document at the heart of so many American divisions.

In addition to the best play and musical races, there are some intriguing and potentially history-making moments.

Will Heidi Schreck, nominated for best actress in a play and with her “What the Constitution Mean to Me” also up for best play, be the first to win both awards in a single year?

Will three-time Emmy winner Laurie Metcalf become the first actress to win an acting Tony back-to-back-to-back? Can Jeremy Pope, in his Broadway debut, win two Tonys for his two roles in the shows “Choir Boy” and “Ain’t Too Proud”?

Will Ali Stroker make history as the first person in a wheelchair to win a Tony Award?

Whatever happens Sunday, Broadway is in good shape. The shows this season reported a record $1.8 billion in sales, up 7.8 percent from last season. Attendance was 14.8 million — up 7.1 percent — and has risen steadily for decades. /gg