Why Pops and Martin’s current squeeze get along 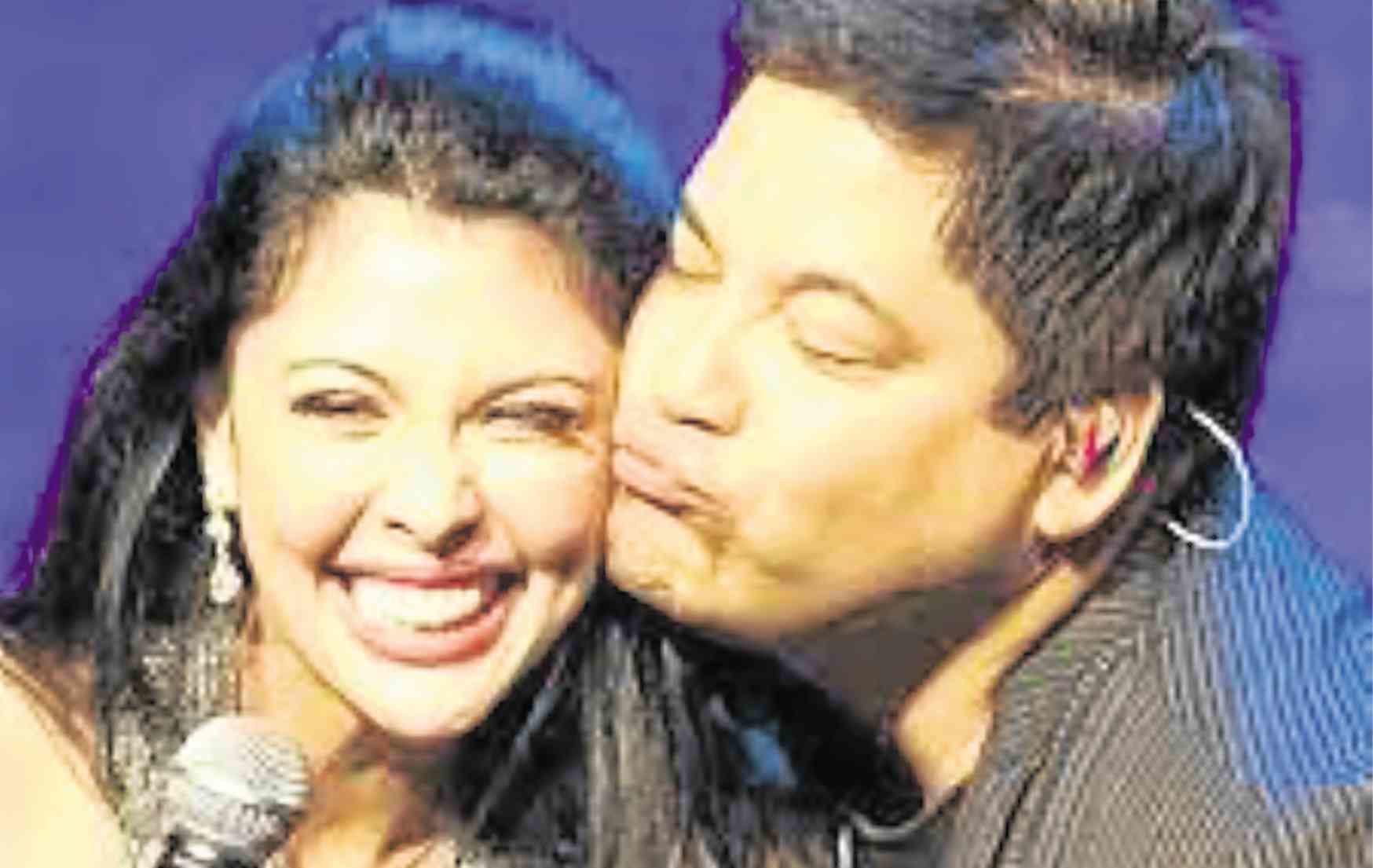 Just when we thought that a reunion concert with Pops Fernandez and Martin Nievera was just a case of wishful thinking, it’s finally happening. The Concert Queen and King are set to topbill a US concert tour from August till September aptly called, “Twogether Again.”

As a close friend of Pipay and Mart long before their “Penthouse Live” days, I am more than delighted that they’re back doing what they do best.

Even if their marriage has ended, their friendship and the “Pops-Martin” magic onstage goes on and on.

Here’s my chat with Martin:

What excites you and makes you nervous about your concert tour? Performing with Pops isn’t only a huge part of my 37 years in this business; it’s also such a pleasure and joy. My only concern is that I don’t want people to be fooled to believe that our reuniting onstage is any kind of statement or moneymaking scheme.

We are “Twogether Again,” simply because we are and have always been, and will always be a great “love team,” onstage and off. But not for the reasons fans and producers would like to think. Our love team used to be the kind of love that made people “kilig.” Today the “love” in our “team” is, above all things, “family” … with Robin and Ram around.

Our team onstage is chemistry mixed with years of friendship, love, glory and pain. I don’t think any other love team can say they went through all that we did and can harmonize the way we still do.

What was your song for Pops when you were still boyfriend/girlfriend, when you were married, and what is your song now? Wow, I don’t think you will have enough space in your column for all those titles. But the songs that stick out are “You Are to Me,” the very first song I ever wrote for Pops—and it wasn’t even about the way I felt for her, for we had just met [at the time]. It was an 18th birthday gift her Solid Pops fan club asked me to write on their behalf.

Then, I wrote a song for one of Pops’ first albums, titled “Always.” Here, you could hear someone having a crush on someone.

Then, when we married, I think the song that I can share is the song “Don’t Say Goodbye.” Just to show you how good things were back then, I wrote this song because I was leaving her. Not for another woman or anything like that. I was leaving her for a show just up the hill in Baguio City. Sick, right?

But there are two songs that really tell the story of the lessons I learned during our breakup: I wrote “Before You Say Goodbye” the day I received the annulment papers. You know the rest. And lastly, the song “The Promise of Love” was a song I wrote for her, as a way of showing her and everyone concerned what I had learned about love, marriage and broken promises.

After all the lessons I learned, I thought it would be a shame not to share the lessons learned with someone who could be on the same boat. So, I embedded those lessons into this song. I thought, maybe it might help ease the pain someone may be feeling or ease the pain someone may have caused. I gave this song to Richard and Lucy Gomez as a wedding gift. Just for the record, they’re still going strong, as we speak.

How did you make it possible for your girlfriend Anj and Pops to be cool with each other? My girlfriend is one of the most understanding women I know. When we crossed the line from our already close friendship, she knew how much excess baggage I carry. Pops, on the other hand, has always been my best friend before anything else.

Because our foundation is friendship, it has made Pops the coolest and most understanding ex God has ever given any undeserving man like myself. It’s not conventional, but it’s not complicated either. So, I thank them both for understanding me the way they do.

Do sparks still fly when you’re with Pops onstage? The only sparks I see are the sparks we make together when the electricity of our shared performances move an audience.

Was there a point when you almost reconciled? Only God knows that answer. When you ask Pops or myself that question, we always have different answers. It’s still a mystery to this day and maybe even a blessing in disguise for the bond we share today. It’s still an unbeatable miracle.

What makes you proud of your sons, Robin, Ram and Santino? My heroes are victorious in their respective God-given talents. Robin with his music, Ram his animation, and Santino his lifelong struggle living in the spectrum of a life filled with challenges. I hope and pray I live long enough to watch all three realize their dreams as they conquer adversity living a life that’s full and pleasing to God.

What’s your message for Pops’ future lover or husband? Honor her. Love her like she was leaving you. Or better yet, just make her laugh every day and night. And if you want that love to last a lifetime—be her friend first.