Darren Espanto has not been able to meet Alan Menken, but he did get a special video message from the acclaimed Disney composer. 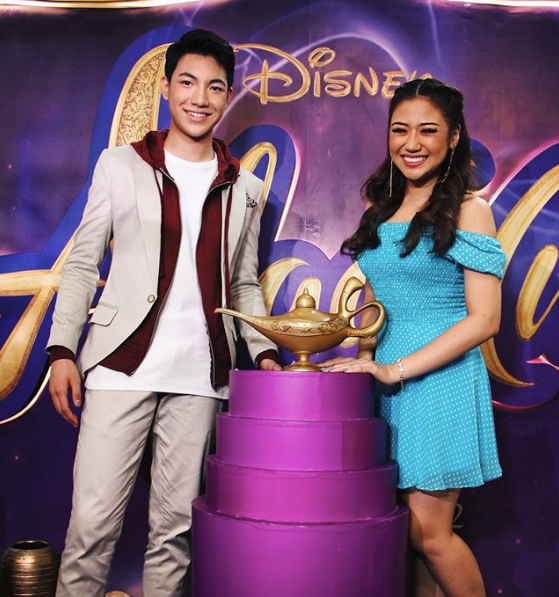 The teen singer shared on Instagram on Friday, June 7, a recorded message from Menken himself praising him for his rendition of “A Whole New World” with Morissette Amon.

Menken said, “Hi Darren. Such a shame we weren’t able to meet. I heard your rendition of ‘A Whole New World’ with Morissette and you guys did such an amazing job. I’m just hoping we get to meet in the near future. All the best.”

My jaw dropped. Here’s a message I got from Sir Alan Menken; the original composer and producer of “A Whole New World”! Thank you so much for the kind words, Sir! Hope to meet you soon! 😁 #AladdinPH

Espanto expressed his shock in the caption: “My jaw dropped. Here’s a message I got from Sir Alan Menken; the original composer and producer of ‘A Whole New World’! Thank you so much for the kind words, Sir! Hope to meet you soon!”

Amon had the chance to go to Japan to meet the Oscar-winning composer, as well as Will Smith, who plays Genie in the live adaptation of “Aladdin.” Espanto was unable to attend due to prior commitments.

Lea Salonga was the singing voice of Princess Jasmine in the original animated version of “Aladdin.” The Broadway star was one of the coaches during Espanto’s stint in “The Voice Kids,” in which he was runnerup.  /ra