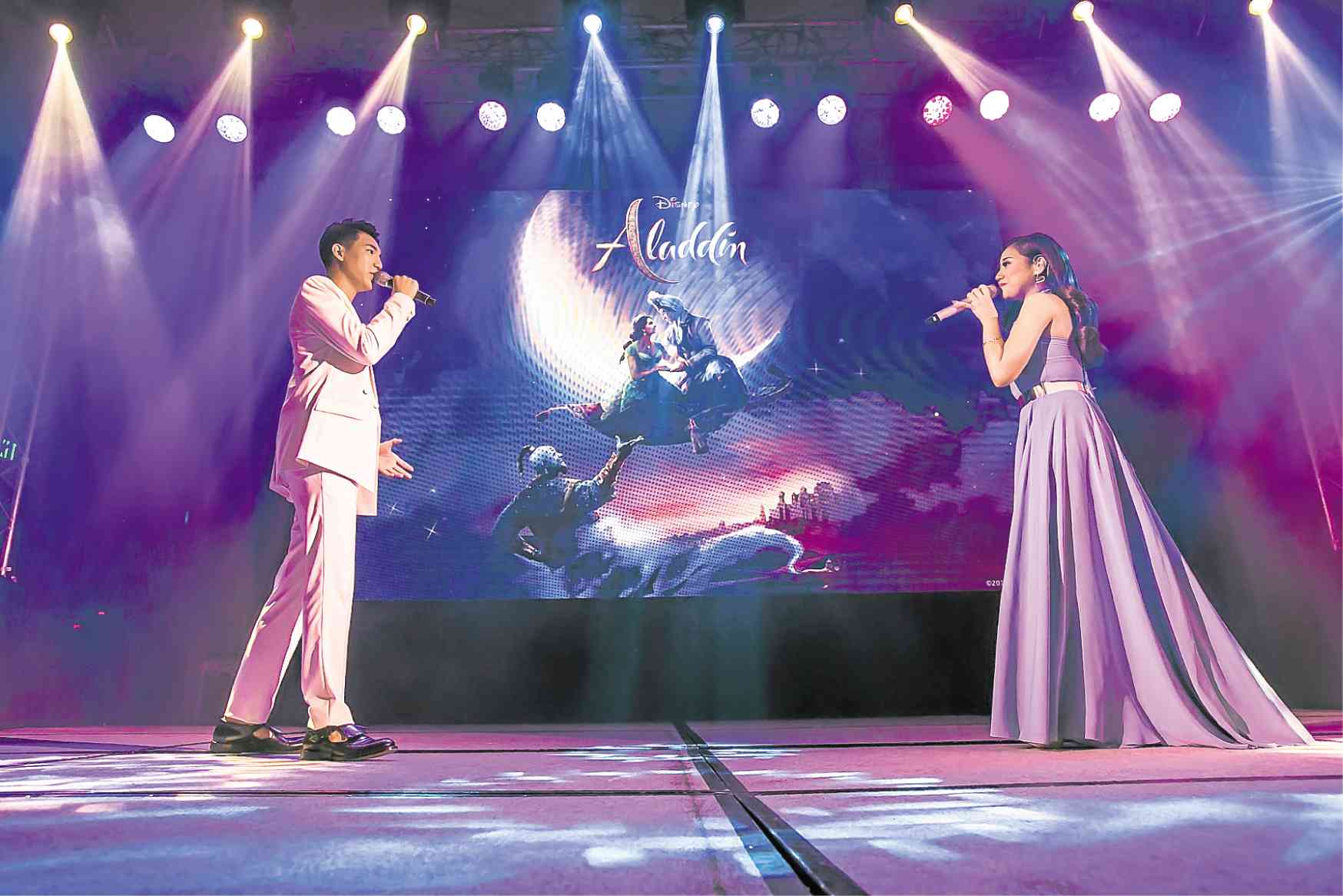 Filipinos have another reason to be proud of. The Walt Disney Company has just handpicked Morissette Amon and Darren Espanto to do a cover of “A Whole New World” for the live-action film “Aladdin,” which will be shown in local cinemas starting May 22.

The duo, who recently collaborated on a version of Sia’s “Chandelier,” was thrilled when they learned that they were chosen to sing the iconic song.

“When my manager broke the news, I screamed, ‘Disney!’ That was all I was able to say,” Morissette enthused. “We all know that Disney isn’t only a global brand, but is also a huge part of our lives. To be chosen from other amazing singers from the Philippines for a rendition of this song is a blessing. This is a big pat on our backs.”

For his part, Darren shared, “I was happy and excited, but at the same time, I was nervous because it dawned on me that this is a very big song. I mean it was literally ‘A Whole New World.’ Everyone knows it, and the song has been a huge part of people’s lives. And to sing this with Ate Mori is a thrill.”

It was hard for both singers to keep the gig secret.

For Morissette, singing “A Whole New World” was no easy feat. She said she and Darren had to undergo preparations before going to the studio.

“There was pressure on my part because I had to make sure that my voice was in tip-top shape, since I had been touring before we recorded the song,” Morissette said.

“It was a challenge, as well, because there were portions of the song that required a different placement and weren’t ideal to my usual singing style. Moreover, I discovered new facets of my voice.”

For his part, Darren said, “It was a challenge to sing the first few lines since it was a bit low for me. We rehearsed the song several times, and I had to vocalize every time so that I could reach the low notes. Morissette and I are so used to singing pop songs and ballads as part of our repertoire.”

Indeed, anyone who grew up with Disney, especially with “Aladdin,” would immediately recognize even the faintest chords of the first few bars of “A Whole New World.” 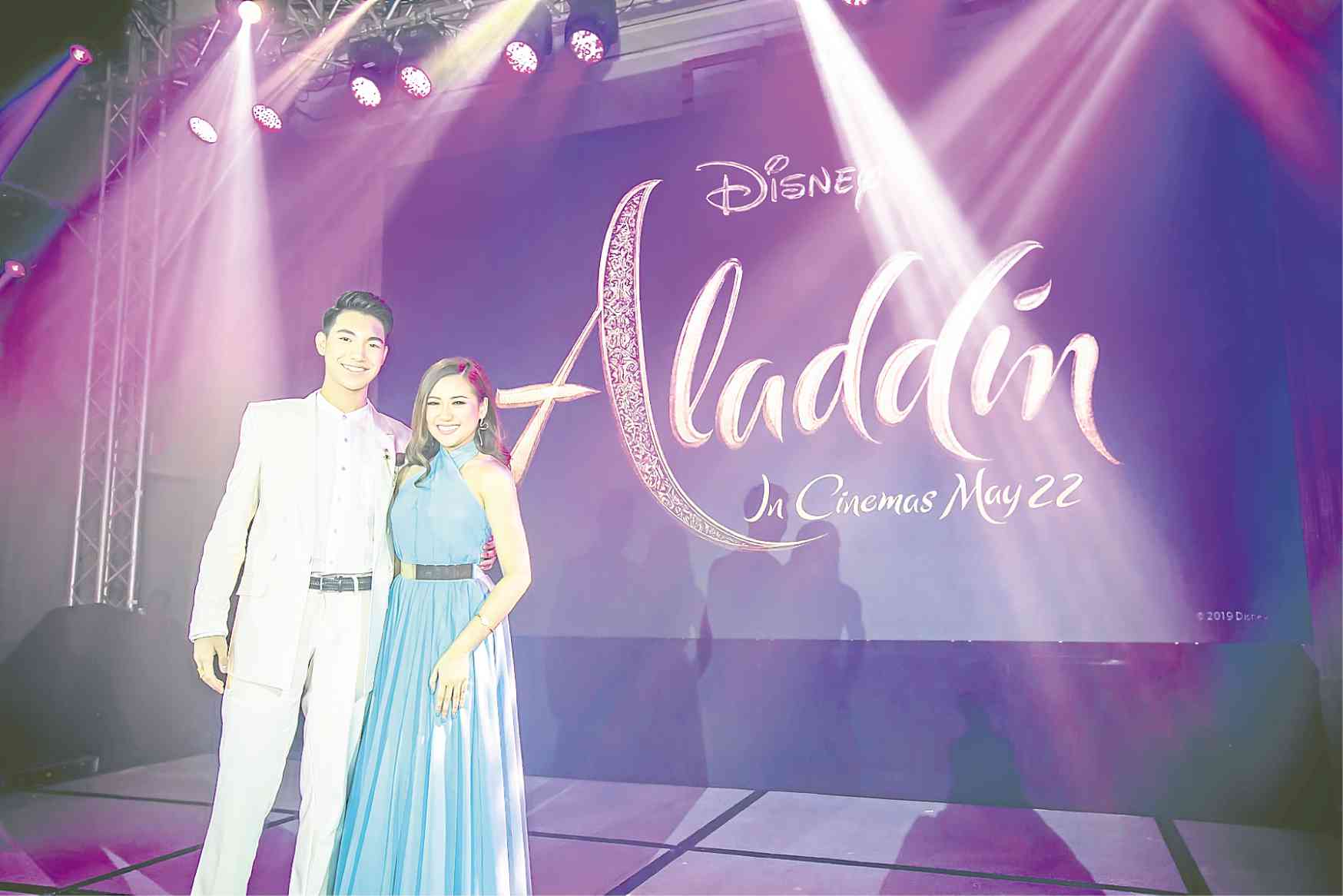 Needless to say, the tune is an important part of “Aladdin” because it cuts across generations.

Just how much theatricality did Morissette and Darren have to imbibe to get into Jasmine and Aladdin’s shoes?

“My theater experience, albeit short, was definitely an advantage,” Morissette enthused. “I used my classical sound, which helped me pull it off.”

Darren disclosed that having a vocal coach during rehearsals and the recording sessions helped provide a context for the song.

He explained, “It was like being in a workshop. I became more aware of my pronunciation and delivery—and I enjoyed every minute of it!”

Not a lot of people know that Morissette is no stranger to theater. In fact, she was part of Repertory Philippines’ production of “Camp Rock,” where she played the lead role of Mitchie Torres.

For his part, Darren dipped his toes into acting via the KathNiel flick, “The Hows of Us,” where he played Kathryn Bernardo’s younger brother.

Would they consider appearing in theater projects in the future?

Morissette eagerly replied, “I would love to! I mean, I have always loved theater. It’s rigorous and demanding, because the craft calls for it.

“I hope to have the luxury of time to do it. There’s so much to learn, which is why theater people are always proud of what they do. It hones performers’ reliability, among other things.”

Darren said, “I would really like to experience it because I’ve always been fascinated by how disciplined theater artists are, and everything that goes into each production.”

Both are alumni of Team Sarah from “The Voice Philippines” and “The Voice Kids.” Inquirer columnist Lea Salonga, who’s also a coach in both shows, is a homegrown theater talent. Incidentally, she was the original singing voice for Jasmine in the animated classic.

How, they wondered, would Lea react to their cover?

“Given the chance, I would love to open up to her about this opportunity. I’d like to know how it felt like for her,” Darren said. “Her recording with Brad Kane and their performance at the Oscars was beautiful! But it was different for Morissette and me because we had a backing track that we could play over and over. Theirs, on the other hand, was with an orchestra. I hope coach Lea would be happy with our version since we’re both from ‘The Voice.’”

Morissette added, “Every succeeding version of the song will always be compared to Lea and Brad’s recording. It is up to Darren and me to give justice to the song. We’ve given our hearts and voices to make our version distinct from the original. At the same time, we worked hard to preserve the song’s catchy musicality.”