Morissette grants wish of Will Smith, the Genie 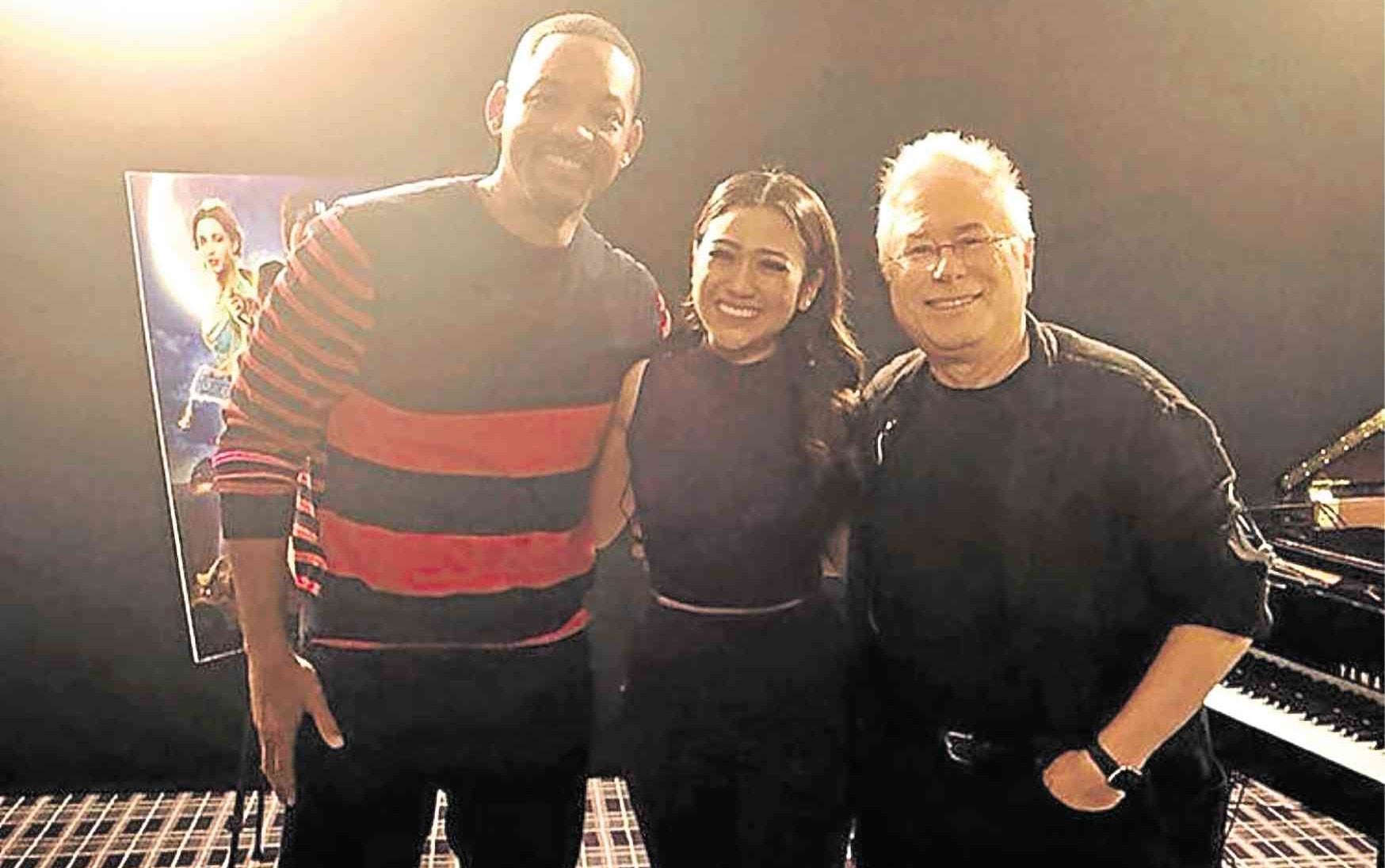 From left: Will Smith, Morissette Amon and Alan Menken

The idea of meeting Alan Menken, the renowned composer behind the musical scores of such Disney classics as “The Little Mermaid,” “Beauty and the Beast” and “Aladdin,” is something that has never occurred to Morissette Amon.

“Never in my wildest dreams,” the 23-year-old singer, who was picked by Disney to record a cover of “A Whole New World” with Darren Espanto for local screenings of the live action remake of “Aladdin,” said in a recent Instagram post.

But in a quick trip to Tokyo earlier this year, she got a surprise of a lifetime, when she was introduced, not only to Menken, but also to Will Smith, who plays Genie in the new movie.

“What a great honor!” she said. “Y’all don’t know how difficult it was to keep this secret … We flew and stayed in Japan for about only 24 hours, and then went back to the States. And it was totally worth it!”

Disney recently posted on its Facebook page a video of the meeting in which Alan told Morissette that he had heard about her through Lea Salonga, who was the original singing voice of Princess Jasmine in the 1992 film.

Will, meanwhile, requested that Morissette and Alan sing a snippet of “A Whole New World” for him. It was the Genie making the wish this time around. And it was Morissette’s command.

“I know I’m supposed to be the Genie, but can the Genie have a wish? Because when you have the master and the lovely voice of Morissette, I mean, I would like to make the wish that I hear the two of you,” he said.

In a previous interview with the Inquirer, Morissette said that she and Darren “gave our hearts and voices to make our version distinct from the original. At the same time, we worked hard to preserve the song’s catchy musicality.” —ALLAN POLICARPIO