The Rolling Stones are getting some company on their North American tour.

The rockers announced Wednesday, June 4, that they will be joined by an eclectic group of guest artists as the “No Filter Tour” travels the continent. 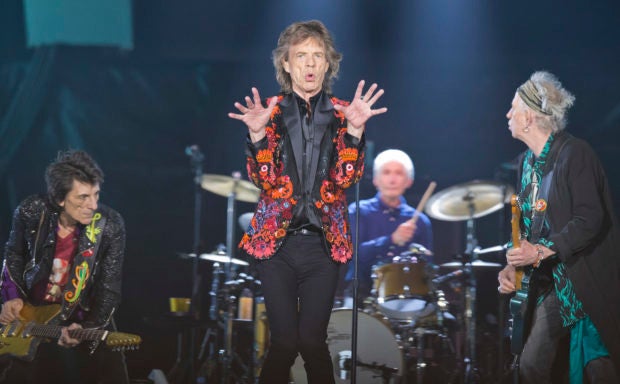 Rolling Stones perform during the concert of their ‘No Filter’ Europe Tour 2017 at U Arena in Nanterre, outside Paris, France. Image: AP/Michel Euler

St. Paul & The Broken Bones will be on hand when the tour launches at Chicago’s Soldier Field on June 21, followed by Whiskey Myers on the second Chicago date, June 25.

Gary Clark Jr. will be featured in Foxboro, Massachusetts.

The Wombats will play Aug. 1 at MetLife Stadium outside New York City, with Lukas Nelson & Promise of the Real on the second date.

Juanes helps wrap things up in Miami on Aug. 31.

The “No Filter Tour” was delayed after doctors told 75-year-old Mick Jagger in late March that he needed medical treatment. RGA

Mick Jagger got his moves back after health problems