Jagger got his moves back after health problems | Inquirer Entertainment

Mick Jagger got his moves back after health problems

NEW YORK, United States — It is as if Mick Jagger is saying “Start Me Up”. 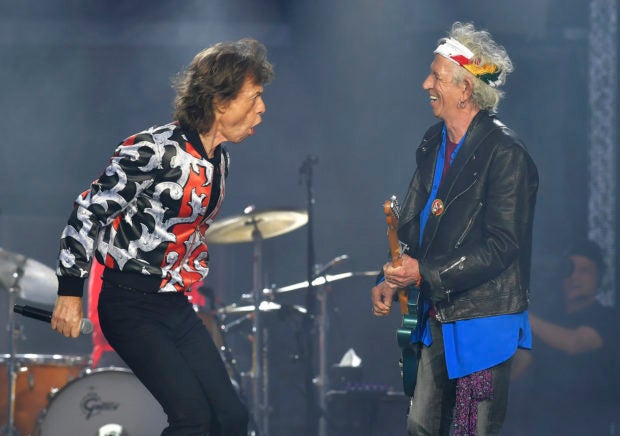 Mick Jagger, left, and Keith Richards, of The Rolling Stones, perform during their “No Filter” tour in London. Image: AP/Mark Allan

The 75-year-old rocker tweeted a video Wednesday of him dancing around a studio in front of a mirror weeks after he underwent medical treatment, reportedly for a heart valve issue. The treatment forced the Rolling Stones to postpone its “No Filter” tour.

Jagger was told by doctors in late March he could not go on tour “at this time.” Jagger tweeted he was “devastated” the band could not tour, but said he hoped to be “back on stage as soon as I can.”

I’m so sorry to all our fans in America & Canada with tickets. I really hate letting you down like this.
I’m devastated for having to postpone the tour but I will be working very hard to be back on stage as soon as I can. Once again, huge apologies to everyone.

The Stones’ “No Filter” tour was expected to start April 20 in Miami. RGA/JB